We've profiled Gupta, Booth, and McNair previously, so let's dive into Wilcox's resume in the NBA:

Wilcox began his NBA career as a scouting and video intern for the Miami Heat in the 2001-02 season. The now-New Orleans Pelicans hired Wilcox as a full-time video coordinator the following season.

The following season saw the Cleveland Cavaliers hire Wilcox as an advanced scout. Wilcox held five different roles in six seasons with Cleveland. He started as an Advanced Scout and became a College Scout the next season (2004-05). The next year, he became a Pro Personnel Scout (2005-06).

In the 2006-07 season, Wilcox joined the team on the sidelines as an Assistant Coach until the 2008-09 season when he was the Director of Player Personnel for Cleveland. During this season, he was also GM of the Cavs G-League team, the Canton Charge.

In 2012, the Atlanta Hawks hired Wilcox to be an Assistant GM, where he stayed in that role until 2015. That year, he was promoted to GM of Atlanta and held that role until 2017. Wilcox resigned after saying a racially insensitive comment; he's been Atlanta's Special Advisor since resigning.

Let's dive into the notable transactions Atlanta made starting in 2012 when Wilcox became an assistant GM:

Wilcox recently interviewed with the Chicago Bulls, and the Detroit Pistons also considered him for their search, so his name has been floating around more than one opening.

There's no doubting Wilcox's experience; He's certainly qualified and has years of promotions to back that up. He's also been an analyst for NBATV, for what that's worth. However, his comments I highlighted earlier definitely leave a stain on his profile, though that hasn't stopped teams from having interest.

Atlanta posted a 91-73 record before Wilcox's resignation but much of those wins came in his first season as GM.

“Wilcox, who is white, fielded questions from about 200 season-ticket holders and club members at a “Chalk Talk” event on Dec. 7. After some challenging questions from attendees, Deadspin reported that Wilcox responded by saying he had “a black wife and three mixed kids, so I’m used to people being angry and argumentative.”

A Hawks internal investigation from Dec. 27 to Jan. 9 that included interviews with attendees concluded that Wilcox didn’t use the words “angry and argumentative,” but the mention of race merited his being reprimanded internally by the franchise.”

Everybody has to make their own decisions on this stuff, but I personally don’t think this is the type of thing that should hinder Wilcox during the interview process. It was a dumb statement I’m sure he wishes he can take back, but doesn’t rise to the level of unhireable offense IMO. He’s also the only candidate who’s actually been the top decision maker in the past. The Hawks blueprint is something that the Kings should consider adapting. It wouldn’t be the worst thing if the kings starter were capable of collectively winning the player of the month award.

Last edited 1 year ago by RORDOG
0

I’m not sure that he actually said anything wrong, especially considering the further investigation of the matter. His intention, and I think intention is important, was definitely not to be offensive. Maybe it was a cringeworthy attempt at levity but questioning what he says in private because he said this in public is disingenuous and is pandering to the cancel culture climate. This is not proof of him being a racist. He doesn’t deserve to be cancelled for that. That said, he’s still the lowest on the list for me based on his merits.

He has experience signing John Salmons, so I’m sold.

There’s a separated at birth comment lodged somewhere in the caverns of my brain, but it’s not getting out.

This will be very awkward if his twin brother is an obscure Dutch folk singer.

I can honestly say there is not one deal that Wilcox was apart of that I would consider a positive. There are also quite a few deals that involved ATL getting cash compensations.

I’m sure it’s just an accidental omission, but 2013-2014 looks a lot better once you include the Millsap signing. He went to the all star game every single year he was in Atlanta.

I’m more interested in his role as actual GM from 2015-17. Those are the years that we can truly evaluate him.

Wilcox is the one who gave Bazemore a 4 year $70M deal after averaging 11 and 5. That was nonsense.

He followed that up by signing Dwight Howard to a 3 year $70M deal.

Those two actions alone are why I don’t want him.

Yep. Might be another one of those guys who is fine as an assistant, but not good in any higher capacity.

That’s fine. I’m just saying signing a guy who became a 4x all-star should probably be included in the transaction list, and would obviously be considered a positive move.

Important to note that during those years he was GM, mike Budenholzer was the final decision maker. Hard to know how much of the bad was Wilcox vs Bud.

Oh wow, I didn’t realize that.

So, again, who can we expect the Kings to ACTUALLY have for candidates once the list of guys we’d LIKE to have (who are actually “qualified”) all turn us down…?

obviously this is just my opinion, but I don’t think the Kings will be choosing from a pool of candidates outside of the ones we’ve already heard about. Perry/Dumars is probably still a possibility based on all the reporting, but that’s the only possible outcome I can see happening other than them picking one of Wilcox/McNair/Booth/Gupta.

And to be honest all the hand wringing about the process seems a bit overblown to me. The list of potential candidates is about as good as you should expect for a team like the Kings. When it’s all said and done they will have replaced an unqualified GM with a person who’s shown they’re more capable of running the basketball operations dept. That’s obviously just the first step in what will be a long journey back towards respectability, but you gotta start somewhere.

The Perry/Dumars possibility may be why Dumars is not participating in the interviews of the other candidates. That gives him plausible deniability when the Kings are unable to come to terms with the others and have to prevail upon Joe to take the position.

That’s the part I think people missed throughout this process. It makes no sense at all for Dumars to participate in the hiring process to find his replacement. It just seems logical that he was given the interim tag, but was offered the opportunity to retain his advisor role if they choose to hire Perry and keep Catanella in his assistant GM role. This whole process seems like an opportunity to choose between continuity and a complete restructuring of the org. chart.

It makes no sense, other than that it was reported.

Sam Amick and Shams Charania of The Athletic:

Dumars has no interest in being the long-term head of basketball operations, and will not be a candidate in the search. In fact, he’s expected to be a pivotal part of the process and will likely interview candidates alongside Ranadive.

I’m just spitballing here, but what if Amick has clarified the situation?

I think we’re setting ourselves up for epic levels of disappointment.

Nah, there’s no such thing as an “epic” level of disappointment for us. 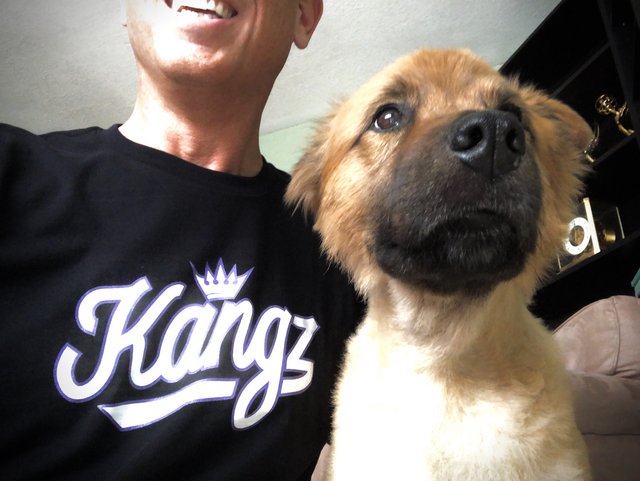