When Tyrese Haliburton entered the 2021 NBA Draft, most fans knew that the youngster from Iowa State could shoot the basketball. But it’s no hyperbole to call his shooting growth in his rookie season an insane development - and the shooting variance and ability he’s showcasing blows the roof off any pre-draft notions of what he could be in the NBA.

Pre-draft, Haliburton’s greatest skills were well chronicled; he’d been the college game’s greatest playmaker, an instinctual, disruptive defender, and a versatile basketball enigma who led a Big 12 team in per-game numbers for points, rebounds, assists, steals, and true shooting percentage. His shooting ability was more of a contentious discussion, as a quick glance at his highlight reels might have made casual observers question his push-shot mechanics. But watching Haliburton for any extended time would show he really could shoot - when his feet were set, at least. As a sophomore at Iowa State, Haliburton shot 49.3% on catch-and-shoot shots (98th percentile, per Synergy Sports), and was in the 90s percentiles for both guarded AND unguarded shots. He was a true weapon off the catch, and a clear excellent fit to play next to De’Aaron Fox.

Any concerns with Haliburton’s shot came when he had to create his own looks, as he shot just 28.1% on dribble jumpers in that sophomore season. His funky-yet-consistent mechanics worked well off the catch, but were more limiting with the ball in his hands. To become a truly versatile shooter at the next level, Tyrese needed real growth in his shot off the bounce and on the move - improvement that, even for a basketball genius, would surely take multiple years… right?

These are some dynamic shots from Haliburton, and are ones he’s been making all season - he’s shooting 44% on pull-ups this year, including 38% from deep. While some regression is due as defenders learn they can’t give him any daylight, he’s clearly making anyone foolish enough to say he’d “likely struggle at the next level to create his own shot” choke on their own predictions. While I still fully believe that Haliburton needs a primary initiator next to him to optimize his skillset and remove full-time creation burden, the Kings have that guy in De’Aaron Fox - and the perfect pairing of the two unlocks so much in both their games. With Haliburton’s truly exceptional basketball instincts, maturity, and drive, it's clear that nothing is out of play.

As the Kings once promising record careens towards the NBA basement yet again, it’s the drastic, insane improvement from the rookie that is mostly responsible for keeping me glued to the screen. I’ve long championed this as a developmental season of Zen - why worry about wins and losses? - and no King has developed like Tyrese has. 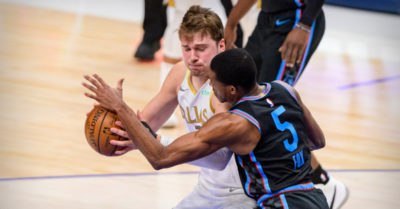 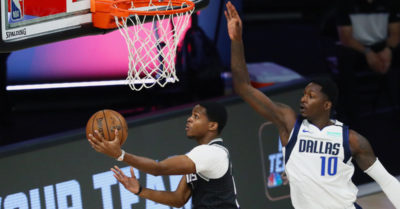 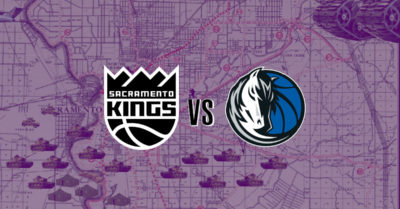 “Shooting Growth” is what I referred to my penis as from age 16-23. What I’ve called it since then is worse.

I choked on my OJ reading this

That must burn, I’m sorry.

But speaking of burning and my penis

Did watching the Kings over the last few years give you impotence?

Fortunately, no. Apparently, all of the Kings front office mistakes make everything harder.

Tyrese is such a smart player on both ends of the court. He has those next level instincts that come from a combination of innate ability plus constantly pushing yourself to gain every mental advantage you can. Those are the players that last. I have no doubt that when teams adjust to his shooting prowess, it will supercharge his playmaking that much more.

I feel like other teams have already made an adjustment and he has already made his adjustments because of that. THAT for me is the amazing part because you really don’t see players, let alone rookies, make that kind of adjustment in the middle of the season. Hell, there are players like Buddy Heild who have yet to figure it out….

Haliburton’s 2nd quarter play last night was so fun to watch. He completely controlled the offense with his shooting and playmaking ability. He is the one bright spot in this otherwise forgettable season.

So glad he’s a King.

He was running the show like Chris Paul back in the Lob City days. Made great passes to teammates, and hit his shots when he took them. He was conducting an orchestra in the first half.

Haliburton is destined to be a shooting star.

I see Naruto memes, I upvote

What is funny is that if you look back on the piece you wrote when the Kings drafted him, you were spot on with your analysis. You highlighted his strengths with a couple fair criticisms and he has surpassed all expectations. I have no idea what his ceiling is but man am I excited.

Thanks, bud. I felt like I was insanely optimistic about Haliburton after the draft, but like you, he’s exceeded every expectation. I appreciate you!

I love this kid. Hope he stays here and stays injury free. HaliFox is my favorite city.

His pick and roll ability is what really excites me though. The ability to dish or drain the floating runner is something that is darn near impossible to defend and will be his primary tool throughout his career, similar to the Dream Fade or sky hook.

Ty has a TS% of 62%. That is insane for a rookie guard. Just out of curiosity I looked up S Curry as a rookie. He shot 57% TS%. Therefore, Ty will be better than Curry, it is math 😛

It could make him a sure fire HaliFamer!

Sub Zero has been the best thing about this season, by margin. He may be the only reason that I am tuning into the games with any enthusiasm.

I am excited to see he and Bagley have some chemistry. A superior playmaker like Tyrese can really help Marvin grow his game.

If Bagley could ever learn to set a good screen, the two of them could become a PnR nightmare for teams.

I’m surprised that our two top coaches have ties to the Warriors, but have not been able to teach and implement better use of screens in our offense.

There was a funny possession in the second quarter last night where they tried to run pick and roll with Tyrese and Bagley and Bagley basically didn’t set a screen so Tyrese stopped and told him to do it again. The second time Bagley set a real screen and I believe Tyrese got a wide open floater. That’s the kind of stuff I absolutely love from this kid. It’s just awesome.

Seems the Kings would benefit by having the ball in his control more , Fox’s a bit less and Buddy much, much less !

Honestly, if I’m a FA rim running big man, I’m considering the Kings, simply because running PnR with Hali is going to boost my game/numbers. If Bagley figures it out, great, but if not, we have to get a plus rim runner/rim protector.

You can’t spell Tyrese Haliburton without “Lottery Snub, I Hear”.

I’m just holding my breath because this just doesn’t happen to the Kings. We’re not used to this, yet if there was ever a franchise that needed it, it is us. I have not had this kind of positive anticipation in years not even with Fox. But with Fox and Haliburton as our backcourt the future finally looks like the real deal. I’ll exhale now.