We've been waiting for a detailed report on exactly what happened between the Milwaukee Bucks, Sacramento Kings, and Bogdan Bogdanovic over the last several days after a prematurely reported trade fell apart, and while we still have questions, Sam Amick and Eric Nehm of The Athletic provided several details in a column Friday afternoon.

It appears as though a miscommunication on several levels caused the Kings trade with the Milwaukee Bucks to go south, and behind-the-scenes you've got all parties blaming each other with a league investigation in full swing. According to Amick and Nehm, though, sources close to Bogdanovic say he never agreed to the trade as reported.

Sources close to Bogdanovic have insisted all along that there was never an agreement on Bogdanovic’s part, but there was clearly a communication breakdown somewhere. Bogdanovic, who has been in his native Serbia while all of this NBA drama surrounding him unfolded stateside, was caught off-guard by the news when it broke at 7:08 a.m. Serbian time (1:08 a.m. Eastern). Now, with the Kings having given him a qualifying offer on Wednesday which means they can match any deal that comes his way, he has clearly decided to look elsewhere.

While we wait for the league investigation to conclude and more details to emerge, Monte McNair, the Kings, and Bogdan Bogdanovic must move forward immediately. Free agency opens Friday evening at 6pm ET.

The good news for the Kings is that the uncertainty and discomfort surrounding how the Bucks trade fell apart has seemingly created new leverage for McNair in a potential Bogdanovic sign and trade. As Amick and Nehm noted, Giannis Antetokounmpo wanted to play with Bogdanovic, and the Bucks desperately needed to improve their roster in an effort to convince Giannis to re-sign in Milwaukee long-term.

The Buck are worse without Bogdanovic, and Giannis is down a player he wanted to play with. Amick and Nehm insist that both points will be a factor when Bogdanovic officially hits free agency this evening.

From there, don’t be surprised if Bogdanovic draws interest from many of the same teams who would love nothing more than for all of this chaos to convince two-time MVP Giannis Antetokounmpo to eventually head their way (Miami, Dallas, the Clippers, the Knicks). Why? Because it’s widely known that Antetokounmpo — who will be offered a supermax extension by the Bucks on Friday and has until Dec. 21 to sign it — has been recruiting Bogdanovic to come to Milwaukee. That reality, of course, means he has an added bit of value beyond his basketball talents.

In addition to those teams that believe they have a shot at Antetokounmpo in free agency, Amick and Nehm also reported that both the Atlanta Hawks and Los Angeles Lakers are among the suitors that will talk to Bogdanovic when legally allowed. The Hawks have the necessary cap space to sign Bogdanovic to an offer sheet that would put McNair and the Kings in the uncomfortable position of matching the contract, or letting Bogi leave for nothing in return. The Lakers, on the other hand, would need to negotiate a sign and trade like the Bucks have been trying to do for the last several weeks.

It was starting to appear like the Kings lost all their leverage in the Bogdanovic saga after the Bucks trade died. Everyone found out that the Kings weren't necessarily interested in paying Bogi long-term, but this new Giannis wrinkle, along with competing teams trying to sabotage the Bucks' ability to put the necessary talent around Antetokounmpo that will convince him to stay, creates new leverage for Monte McNair in any potential Bogdanovic transactions.

I would imagine the next few days are going to be real interesting in Sacramento.

I’m worried about the Lakers. The’ve cleared their cap sheet and can nearly fit Bogi in before they re-sign AD, right? They may have to send back very little in return, but they also have very little to send.

Tell the L*kers we want their statue of Chick Hearns that sits outside Staples Center or no deal.

Ok if not that, we’ll settle for Anthony Davis.

Not really sure what the Lakers cap sheet looks like TBH. They could be over the cap, but is hard to tell after the recent Danny Green trade.

I’m assuming they are still over until I see better proof otherwise.

Pope and AD opted out and they waived Cook. They may have cap holds but that should stop them from making an offer on Bogi they later re-signing AD.

All FAs have cap holds unless they’ve been renounced by the team. That said, the Lakers might have space, they might not.

Then that’s the thing. They could simply renounce Pope and Rondo in order to fit Bogi under their cap.

If my understanding is correct, the Lakers have no cap space due to AD’s cap hold.

So right now, they have $105M in tied up salary even if they renounce every other FA except for AD. That would leave them $4-5M depending on rounding, to try to lure Bogi.

I think they could pull it off without sending any contracts back if they really wanted to.

Nevermind, it is like $72 when you take in Deng and Cooks dead cap.

Agreed, they’ve sent all of the young talent out of town, and I’m not even thinking about Kyle Kuzma.

I’m sure another full tampering investigation will be launched when he goes to play with LeBron 15 minutes after free agency opens.

I really feel for the Bucks and their fans.

It’s anyone’s guess at this point, especially with Bogi’s shyster agent. If Atlanta really wants him and offers a poison pill contract, the Kings could wind up with nothing. Hopefully Atlanta has something cooking with Gordon Hayward that will take such a deal off the table. The Kings need the large cap space in Atlanta and NY (and to a lesser extent, Charlotte) to have better leverage.

Trust me, Bogi. You do NOT want to live in LA.

It’s full of nerds and ugly people, and all the bars close at 7:30pm. Plus, it’s always raining and the closest beach is all the way in Mexico across the border.

(The traffic is a breeze, though.) 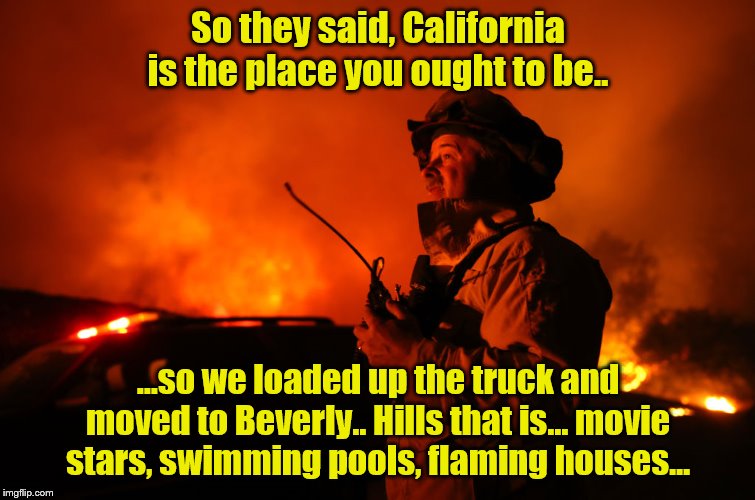 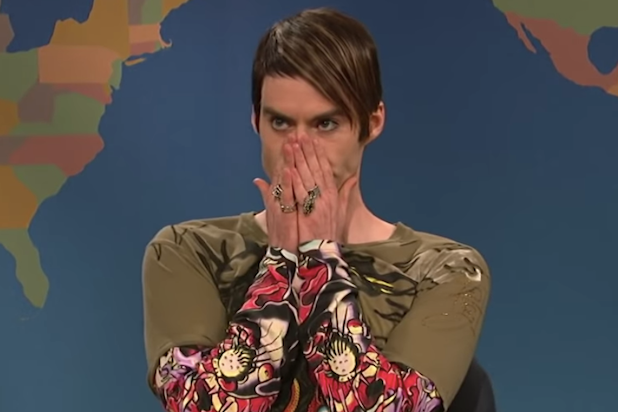 Last edited 13 days ago by ZillersCat
1
0

You must be relieved that traffic is lighter in LA nowadays!

Although since you’re working remotely I guess it doesn’t matter in the end. 🙂

Much money has been saved on gas, but yeah the biggest bonus is the lighter traffic on freeways. Although I’m only staying in my neighborhood 99% of the time. Getting lots of walks in for exercise. 🙂

Almost two months ago I started to strength train again at home after not going to the gym for six months. Finally bought a set of resistance bands and had to get back to eating more carbs and protein following my workouts again. I still have a long ways to go and it’s not exactly the same as going to the gym, but I’m just glad I was able to get out of a rut. 🙂

What is interesting to me is that Jason Jones isn’t involved in the report. I know he’s not well liked around here Zaza, but it seems that he would be at least involved with this reporting if there was somethimg worthwhile to report.

I’m guessing there’s nothing to suggest the Kings handled this in any way that suggests something problematic at this point. But we’ll see.

He seems to be more involved in analysis after the fact, and less involved in breaking news.

This likely means no S&T. It’s match or let him walk.

This sucks if true.

So… Hunter, Huerter, or Reddish?

Clips: Can Kenard be traded again? Maybe him + matching salary (one of Lou Will, Pat Bev, Zubac). Those guys are all part of their core though, so I doubt they get anything done.

Mia: You ask for Robinson or Herro. Then, when they’re done laughing at you, you figure something else out. Maybe there’s something to be worked out with fellow FA Derek Jones Jr?

Knicks: Not much here. Randle is beyond redundant with Marv/Parker. We probably take Kevin Knox and feel bad because we had a better trade two days ago.

Knox didn’t strike me as a guy coming out of college that would do much, and so far, that’s true. The handful of times I’ve seen him play, he’s looked lost.

Randle has turned himself into a reliable producer. If we do a sign & trade, you’re losing one of your fifty shooting guards, and adding a guy who kind of falls in between Bagley and Parker. He just rebounds like crazy, and we could really use that. I haven’t heard anything serious about the Knicks, so whatever.

If the Hawks make an offer that they know the Kings won’t match (4/$80m?), the Kings have no leverage. The Hawks may be interested in off-loading a fair value Capela to create future cap space and flexibility, but I can’t see them offering a 1st round pick or any of their young players.

Hilariously, they could attach a pick to Dedmon…

Dedmon was just traded to the Pistons, the reunion won’t happen just yet!

I bet they front load to discourage the Kings from matching.

I say fuck it and match. Then offer them Buddy in trade. Bogi will be cheaper is is obviously highly wanted in the league. Asset management.

Fine with me – Walton will continue to suck any value out of Hield anyway.

Fine with me – Walton will continue to suck any value out of Hield anyway.

Capela could pick & roll with Fox/Hali all day long, and he defends like like a tornado of fists and teeth. I’d resign Bogi at $20 mil to get Capela.

Kings should be on the phone with Milwaukee to see if they can absorb whatever contract ALT offers.

That said, I’m resigning myself to accept the real probability that we won’t be getting anything back for losing him.

Last edited 13 days ago by BeTheBall
0
0

To confirm, I have heard a rumor of Kings potential interest in Hassan Whiteside, as @WindhorstESPN just reported. Not sure how serious the interest is, but that rumors is out there.

Well, at least we’ll have Whiteside…

I wonder if this means Holmes is on the move?

I don’t hate it at all….Dwight was considered one of the best value contracts last year. Whiteside at the MLE is solid value

He’s still a beast when he’s healthy, but it’s been awhile since he managed to stay available. Reasonable deal for a backup center, why not?

But two of our biggest issues the last few years (or decades) has been shot blocking and rebounding. Whiteside is a situational player who you have to pull against certain lineups. But if there are two things he is good at, it is protecting the rim (2.9 per game, 8.4 block %) and rebounding (13.5 per game, 23.6% rebound rate).

If we can get him for something like 1-2 years at $7-8M per year with a team option, he’d actually make a fantastic weapon to have. And he would a new dynamic to the team that we haven’t had for awhile.

Last edited 13 days ago by SPTSJUNKIE
1
0

He’s a definite upgrade over Len/Giles.

I think he’s just a little exhausting to watch. I’d say from watching him multiple times each season, he gives you pretty mixed effort from night to night.

The Kings have had exploratory trade talks with multiple teams centered around De'Aaron Fox, source says.

Heat and Knicks are two of those teams.

At least the sources are not form Woj, Shams, etc. Once they report it, then sh*t gets real

Joey and Chandler could not be reached for comment.

Given how they sold Reese on coming here and the perfect fit with those two and how they play off of each other – I am going to wait until there’s a source more reliable than “Ross” before I panic.