The Sacramento Kings were dismantled in front of a disgruntled and dispersed collection of their fans and a large contingent of jubilant Lakers fans in the second half of Tuesday’s game.

As the Kings lead slowly gave way in a third quarter, they stopped moving the ball, started playing bad defense and taking bad shots. The passing angles for the Kings were gone as was any semblance of aggressiveness or response. Turnovers were plentiful. Meanwhile, the confidence in the Lakers players and their fans in the building increased. After scoring only 15 points in the third quarter, “Let’s Go Lakers” chants rained down on Kings fans and the players in the 4th quarter, in which the Kings only mustered up another 18 points.

Following the brutal loss, head coach Alvin Gentry chose to begin his postgame press conference by apologizing to the fans.

“I guess the very first thing I should do as a coach is apologize to the fans here. They don’t deserve what they got tonight. The first half we were fine, we played great basketball, and we moved the basketball, and I thought the pace of the game was great. The second half was a disaster, and it was an embarrassment and as the coach of this team I want to apologize to every Kings fan out there because you do not deserve this, you deserve much, much better and we’ll find guys that will give you better. You can’t do what we did in the second half,” he said.

What makes a loss like this at home even worse, if that is possible, is that Gentry said before the team came out they had talked about how they have to start establishing themselves at home. They have a 5-6 record on the road and a 3-8 record at home.

“To have more road wins than home wins, your fans don’t deserve that,” Gentry said.

Gentry said the team has also talked about not being a “Jekyll and Hyde” team with so many ups and downs. Part of solving that, he said, is to find something they can count on night in and night out consistently, such as defense or making shots.

“I’m searching, trust me. I will do everything that I possibly can to find out why that is the case and why we’re doing that and we will get it corrected,” he said.

As for those chants by Lakers fans that filled the Golden 1 Center in the fourth quarter, Richaun Holmes took it personally.

“For me personally, I don’t take that lightly as a competitor. We’re at home and the other team is getting cheered for like we’re away so I don’t like that. That sticks with me personally. Makes me want to do something better, makes me want to get better, go back to the drawing board and see how we can be better in front of these fans because they deserve more,” he said.

The only way to stop that? Well, play better.

“They chant that because they are here and the way we played. The way you shut people’s mouth and keep them from cheering in your arena is that you kick their ass, and we didn’t do that,” Gentry said. “You should be livid that anyone would come in and have the audacity to do that in your arena.”

Here is De'Aaron Fox on that:

Before he left the podium, Gentry apologized again.

“Once again, I do want to apologize to the fans because they do not deserve this. I’ve been in this league a long time and I know the quality of fans that we have here in Sacramento, and we will find a way to make it better,” he said.

Gentry's honesty here was refreshing, and honestly about as much as he could have said after such an embarrassing performance.

It is good to hear this from the coach. I don’t think it’s just lip service either. I feel he believes what he says. That being said we have to turn this trash around. It’s unwatchable. 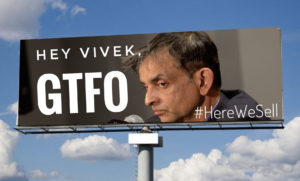 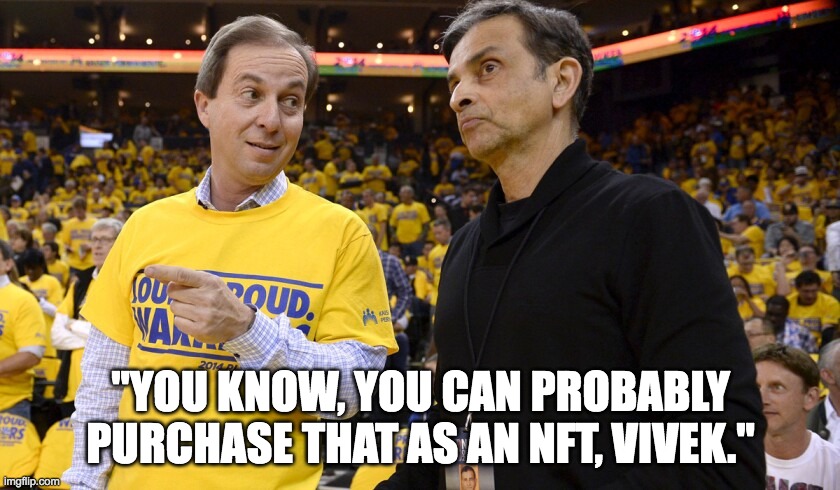 Last edited 1 month ago by Kosta
7

We’ve had a lucrative NFT in Sacramento waaaay before they were cool!

What we REALLY don’t deserve is Vivek as owner.

what’s the handle of the TKH member who initiated the first billboard?

Wish the higher ups would do the same.

I’m sick of this. I’ve been a Kings fan since I attended games in ARCO I. It’s nice to hear that this team’s play bothers Coach Gentry albeit he is the interim and overall this situation is not of his doing. He’s currently trying to make chicken salad out of chicken shit. The real people who are responsible need to step up and be held accountable. Hey Vivek, step up to the microphone and be heard. That is, if you have the onions for it.

About 5-6 years ago a friend and I were watching the Kings get blasted by the Warriors. With about 2 minutes left in the third quarter of a game that was already over, we decided t be Warrior fans for the remainder of the third. That was one of the best times I have had as an NBA fan. Too bad it only lasted two minutes as I hopped off the bandwagon and went back to being a Kings fan in the fourth.

That’s why i like going to Reno and betting on NBA games. It’s a relief to root for a different franchise.

“we’ll find guys that will give you better.”
-Gentry

He knows some players need to go. The answers to this problem are not in the roster currently.

Yeah, I was wondering about that, too. Is it an insight to something? Was he even authorized to say it? The word “we’ll” is very curious to me.

Could be referring to the Coaching staff? Who the hell knows with this dumpster fire

I really appreciate Gentry’s candor, which is a welcome change from the former coach, current general manager and the owner. It’s easy to root for someone who seems to respect the fans and speaks with some integrity.

Last edited 1 month ago by Carl
7

Agree. Say what you want about his record or whatever, dude comes off like a legit NBA coach. If they’re just gonna lose 50 a year forever, I’d be cool having it be with Gentry… I’d be cool with him winning in spite of Vivek and Monte too, btw.

Last edited 1 month ago by Rosevillain
7

Do they need to watch the tape so they can see what to do better? Too bad they got rid of Walton since that’s what he likes to do. In all seriousness, it’s nice to hear this from the coach. Hopefully, this will translate to accountability for actions (benching bad playmaking/effort) and shift the team’s current mentality away from apathy. If we had this kind of success rate in our everyday jobs, we would get fired.

Agree. If Monte wants to keep sitting on his ass, it’s not Gentry’s responsibility to maintain trade value.

3 GMs and 5 coaches in 8 years. Let me know when Vivek apologies.

A cold day in hell and all that.
(though I know some versions of hell are ice)

I’d bet that Vivek would tell you that if it weren’t for him you’d be watching the Seattle SuperSonics instead of the Kings, and he can do whatever the hell he feels like.
I guess he’d be right.
Not depressing at all.

I was front and center for this debacle. It was hard to watch. Thank goodness for free 805’s. The Kings were straight up poo poo in the second half. Their offense was a joke, jacking up shots early in the shot clock with no ball movement. Brick after brick, they just kept chucking. Fox looked completely uninspired, the rotations were weird. And to make matters worse, LeBron wasn’t on the bench for us to heckle. No bueno!

Last edited 1 month ago by jjdski
0

It’s about time someone from this organization apologized to us.

3 Reasons The Kings Are Thriving Without Luke Walton - Myth Gaming

[…] to the media, Gentry spoke directly to the fans, saying: “I guess the very first thing I should do as a coach […]