Back in July, the Kings extended a qualifying offer to 23-year-old guard Terence Davis, making him a restricted free agent, and revealing their intent to keep him in Sacramento long-term. According to a report from ESPN's Adrian Wojnarowski on Wednesday, Kings general manager Monte McNair is doing exactly that.

Based on what was reported through the first several days of free agency, there didn't appear to be a lot of interest in Davis from competing teams around the league, but his restricted status with the Kings certainly contributed to that. The Kings acquired Davis from the Toronto Raptors at the trade deadline last season for a 2021 second round pick.

Terence Davis is only 6-4 and best utilized in the backcourt, but he saw hefty minutes on the wing in three guard lineups last season, a role he will likely play a lot of again in 2021-22 considering the Kings' current logjam at guard. According to Basketball Reference, Davis split time pretty evenly between SG and SF after he was acquired by the Kings in March.

Update: HoopsHype’s Michael Scotto reports that the deal is for two years, $8 million. 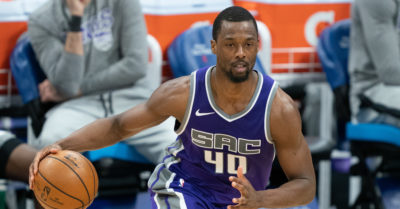 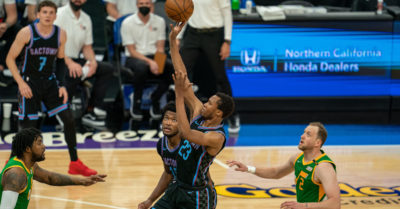 Who are you taking?

Those lineups are really depressing to look at.

LOL where is Buddy? Did I miss his trade?