What is there to say about Hassan Whiteside? He was described by Zach Lowe last offseason as a can of Pringles, just empty calories. And that's what Whiteside was again this season.

If you look at the per game stats, it seems like Whiteside was productive, especially for a minimum contract players. 8.1 points, 6.0 rebounds, and 1.3 blocks per game is perfectly fine for a backup center. But when you watched the games, or when you look deeper into the advanced metrics, it was clear that Whiteside was scoring and rebounding and yet somehow managing to make very little positive impact on the team.

Looking at advanced numbers on NBA.com/stats, Whiteside had one of the worst net ratings of any Sacramento King this season. His -8.1 places him worse than everyone except (in order) Justin James, Cory Joseph, Glenn Robinson III, and Jabari Parker. It's why nobody really noticed or cared when Whiteside completely fell out of the rotation this season, earning DNP-CDs or Inactive status for the final 12 games of the season.

But all things considered, Whiteside also wasn't a huge problem in Sacramento. He certainly wasn't a burden on the cap sheet. He seemed well-liked by his teammates. His videos of him messing around or pranking teammates were very fun. Whiteside was empty calories on the floor, but he wasn't any sort of detriment when he wasn't on the floor.

I'm curious to see what happens next with Whiteside. It seems that the Kings would have traded him at the deadline for even a minimal return, suggesting that such a return wasn't offered by any other teams. I could easily see Whiteside sticking in the NBA for another couple seasons. He's a big enough body and has talent. As long as a team isn't relying on Whiteside to be any sort of real anchor or key rotation piece, and as long as Whiteside is content to work on low-cost contracts, I don't think the NBA is done with him yet.

That said, I do think the Kings are done with him. I don't expect to see another season of Whiteside in Sacramento. Overall, I hated Hassan's second time in Sacramento considerably less than I hated his first tour. I'm sure it has to do with my hopes and expectations being a lot lower than they were back in 2010-2012. Whiteside being in Sacramento was a sometimes frustrating but sometimes amusing venture, but I'm fine if both sides move on. Although, a small part of me is going to miss seeing Whiteside flex after a big dunk while the Kings trail by double digits. 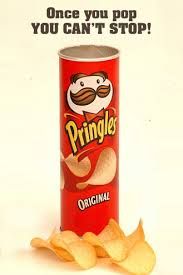 Agreed that he’s not a guy who moves the needle, but for his contract, he created good value. I got pretty much what I expected when he was signed.

He wasn’t the answer to any particular problem, but he also wasn’t himself a problem. With Jones and Chimezie as bench bigs, I don’t see him staying in town.

I don’t think any of them make the team next season.

Same. I feel Metu will get a camp invite but his future is more about what other moves McNair makes and less about what Metu can do.

You may be right, I’d think the draft, any trades, & free agency will sort that out one way or the other.

At the moment, Sacramento has eight guys on guaranteed deals for next year at about $103.5 million, and $37 million in cap holds. I’d guess of the free agents, Holmes, Harkless, Davis, Whiteside, Guy, and Louis King, Davis is the most likely to remain. That would get rid of about $35 million on the cap holds.

The Kings are close to the cap, but if any of Barnes, Hield or Bagley get moved, I would expect some money to be freed up. Whether or not they’d use that to match Holmes probably depends on too many unknowns to make a serviceable guess.

A veteran guy who lacks intensity and constantly takes plays off is not a problem?

His mindset was a microcosmos of some of the things that ailed the Kings last season. How much influence he had in the locker room can be open to discussion but I think his signing was a mistake.

The fact that he initially got so much playing time was troubling too.

The Kings lacked bigs, and Hassan Whiteside, if nothing else, is big.

In a year that should obviously been a tank, Hassan Whiteside eating minutes at center is absolutely not a problem.

“should obviously been a tank” … “absolutely not a problem”? Obviously it’s difficult to use absolutes under the given circumstances.

Apart from that, he’s just not the type of guy a team like the Kings, without a clear, strong leader, should have in the locker room.

I am just amazed that any of these player reviews are longer than two sentences.

My review for anyone and anything associated with the Kings this past year:

Well we tried that before in the form of player grades with short blurbs but people complained about those. I guess we could just not write stuff. Would certainly save me some time.

Yeah, if you’re gonna base your writing on the complaints by the likes of yours truly and such, you’re doing something wrong.

Where can I file a formal complaint?

My joke was directed at the pathetic organization that we all root for, not this site!

When Holmes leaves they are going to need a big who can play. Whiteside is not great but he can play.

He played ok. As I recall he was kinda a late signing and was about all that was left on the market. Hopefully Monte can do better this year. That’s about all I got. Grade: C.

Last edited 1 year ago by BabalooMagoo
1

Hassan’s one of the slowest human beings I’ve seen on a professional basketball court. But he’s a skilled guy who can be productive against very specific lineups. Considering what we paid for him, he was fine.

You say that but I remember some really random players from their short stints with the Kings. Remember Hamady N’Diaye?

I raise you a Vitaly Potapenko.

I only remember him because in the 2006-07 season when he was put in one of the games for garbage time (the game was on News 10), the two shots he attempted one was blocked and the other hit the side of the backboard.