The Sacramento Kings are shutting down their practice facility after a member of the team's traveling party tested positive for coronavirus, according to a report from The Athletic's Sam Amick. The team is scheduled to fly to Orlando on Wednesday.

Source tells @TheAthletic the Kings have shut down their practice facility after receiving a positive coronavirus test within the team’s traveling party on Sunday. The facility is not expected to reopen before the team departs for Orlando on Wednesday.

The Denver Nuggets, Miami Heat, Brooklyn Nets, and Los Angeles Clippers have also been forced to shut down facilities.

This shutdown can be seen one of two ways. It can be seen as an ominous warning of dangers teams will face as they head to the so-called bubble in Orlando, or it could be seen as a sign that the testing procedures are working as intended and catching cases before they spread to the rest of the traveling party.

There's been no indication of who tested positive and it's unlikely we'll know unless that individual identifies themself publicly. Medical privacy laws and journalistic standards generally mean individuals will not be identified publicly unless they choose to identify themselves.

To prevent spam, our system flags comments that include too many hyperlinks. If you would like to share a comment with multiple links, make sure you email [email protected] for it to be approved.
Subscribe
Login
Please login to comment
48 Comments
Oldest
Newest Most Voted
Inline Feedbacks
View all comments

Are the league’s finances so delicate that they just couldn’t punt this season? Do they think the fan’s attention span won’t last until next season? Will it be worth it if a coach or staff member dies? If a player gets sick and cant recover enough to play again? I dont get the plan here at all.

Last edited 2 years ago by MichaelMack
10

I understand all of the effort if you’re on the short list of true championship contenders (especially as it pertains to Milwaukee), but on the grander scope of things I agree with you 100%. The risk vs. reward here seems severely out of whack. Stick a fork in it and start planning for the 20-21 season.

Do they think the fan’s attention span won’t last until next season?

At the rate things are going, I think they might be more concerned with the fans’ lifespan.

Yeah, at least the NHL took the precaution of putting its hubs in Canada. Florida is having a massive spike in cases, so I think it’ll be very hard for the NBA to do this w/o some people getting COVID-19.

Need one of these with the name “COVID” on the back. No one would come near me. 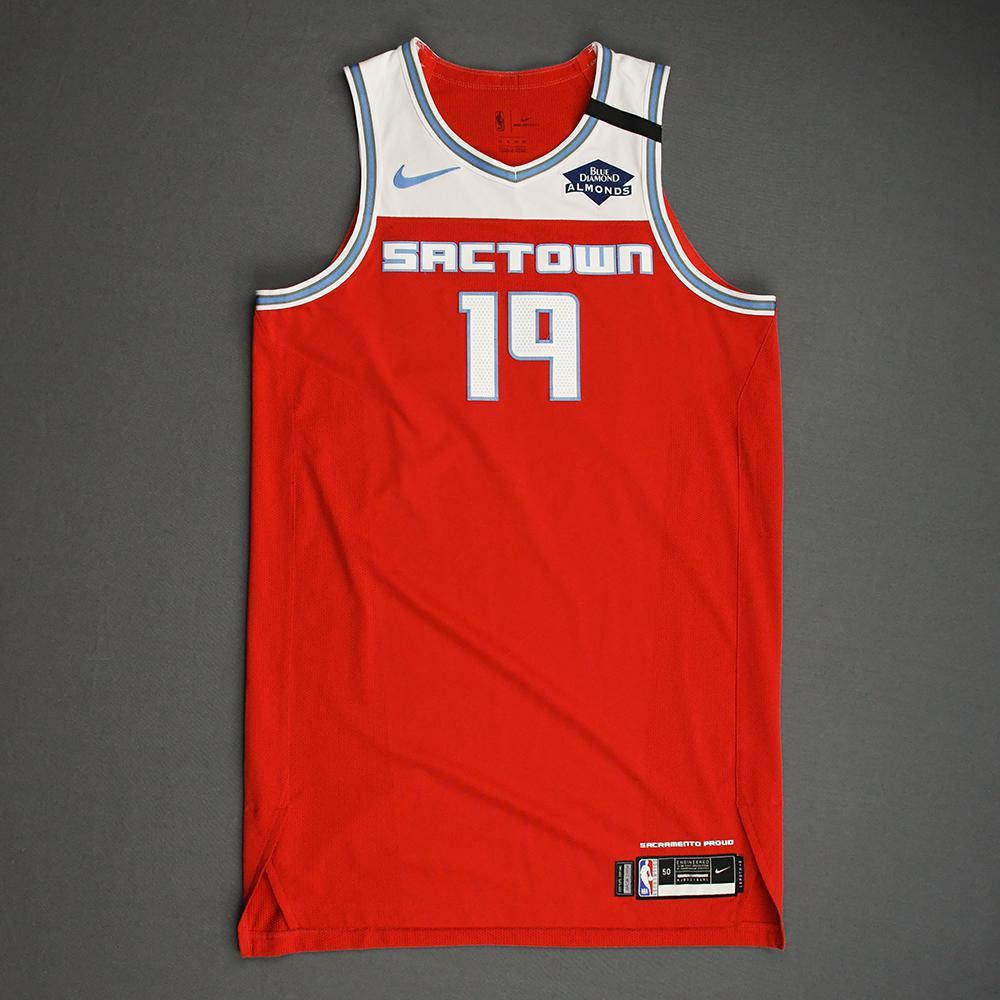 (And yes, it would be worn sans pants.)

That would be TWO reasons no one comes near you, Rob 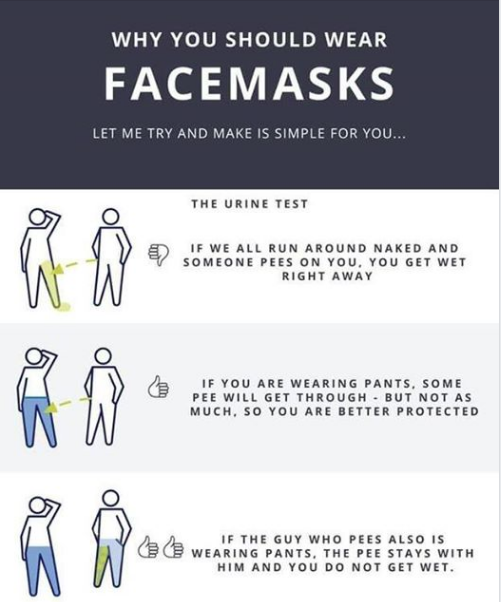 Last edited 2 years ago by Kosta
14

So I have to wear a mask AND pants?!? What, did 3M & Levi Strauss join The Pentaverate?

Last edited 2 years ago by RobHessing
7

The shutdown can be seen one of two ways: the way that it is or the way we’re collectively pretending it is because we want to watch basketball again.

As much as I’d love to see a satisfying end to the season, the frequency with which these training camps are being closed makes it clear that’s just not in the cards. It’s a bummer, but in the broader spectrum of Covid related disasters, a minor one. Shut it down and start preparing for next season when we will, hopefully, have a better handle on the virus and, very hopefully, a vaccine.

I just don’t see all this working out. For both the MLB and NBA. It probably shouldn’t at this point, either. Just wait for next year, start the season on Christmas.

Kings are 1 of 7 teams with which this has happened to. If the league wasn’t prepared for this, I don’t know what to say.

Yeah, I’m sure they expected some of this – wonder if they are surprised at the volume at this early stage.

It would depend on what they considered reasonable volume, wouldn’t it? But I haven’t been paying attention to this much as far as what NBA expectation is as far as COVID numbers are concerned. I’m not reading the rumor tea leaves, haven’t for a long time.

I’ve been treating every piece of news as ‘it’ll happen or it won’t’ FWIW. But the COVID part of this doesn’t scare me. Unless one of these players has a condition like Chris Bosh. And if I were a NBA player I wouldn’t take the COVID 19 Coronavirus any more seriously than I would pneumonia.

Just as an aside, but I happen to be in the hospital atm with blood clots. I was tested for COVID, came out negative, and I can tell you I’m far more afraid of the blood clot in my leg than I am of COVID. Like a 100,000% more. Mileage varies on this, sure, and if you have severe breathing issues I get anyone’s concern. I, too, would share that.

But if you don’t, and hell even if you’re my parents age (70) I’m not terribly concerned for either’s welfare were they to contract it. But my father has several issues that were they to come in full force they could easily be deadly. And he’s not alone, not even close. I’m sure there are member’s here with something similar, or worse. Medical problems didn’t begin or end with the novel coronavirus COVID 19.

But I think what the Kings and the entire NBA is battling is perception of risk vs actual medical risk. That’s been my view of this. And I think privately they are less afraid than the public seems to be.

That’s my take, for better or worse.

From what I’ve read, COVID-19 attacks blood vessels in addition to attacking the lungs, so you’d be at greater risk of suffering complications (due to your blood clots) if you got COVID-19.

Last edited 2 years ago by richie88
3

You might be fine. Your parents might be fine. Every NBA player might be fine. And I accept that I’d most likely be fine, if I were infected. But that means very little, since it’s highly contagious and there are many vulnerable people around us.

It’s not about you, it’s about everyone. Unless, of course, it’s only about you.

It’s not about me, I just have me as an example.

And how can you possibly protect everyone?

If you can’t protect everyone, do you protect no-one?

I think the best we can do is take care of ourselves and our families.

And I think we are seeing the many cracks in our political, media and medical systems as a result.

But everyone is different.

That’s not good enough in a global society of over 7 billion people.

We’re all connected. My actions affect the people around me just as their actions affect me. No one is an island right now. It’s about time people start acting on that.

It seems to me that protecting oneself is protecting everyone else (and vice versa). We’d all be safer resuming some sort of normalcy if we worked on making social distancing and wearing masks a cultural thing.

Just as an aside, but I happen to be in the hospital atm with blood clots.

Get well soon, Nate. (And stay away from the damn hospital!)

Ditto. Sorry I glossed over that Nate…hope you are ok.

Appreciate it y’all. Pray I get out of here tomorrow. LOL

I think we are really seeing the true colors of billionaire team owners who will push this to the very precipice. It all comes down to the almighty dollar. 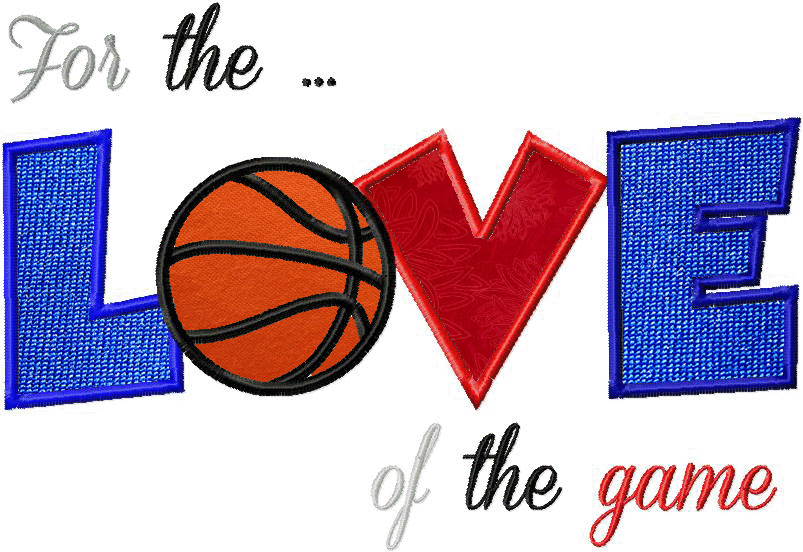 I think a billionaire team owner down-voted your comment.

He has people for that.

In Silver’s lone news conference since pressing pause on the season, conducted April 17, he identified a number of prerequisites before play could resume.

Last edited 2 years ago by Otis
0

I disagree. Read my response to Otis.

I do wonder how accurate the test procedures are? I expect you can test negative, yet actually have early stages of the Virus. The accuracy rate of the Saliva test is in the 50 % range. What was used at the White House. The blood tests are closer to 90 % accurate. None of them are 100 %. The bubble is propaganda.

I expect you can test negative, yet actually have early stages of the Virus.

My understanding is this is correct, that in the earliest stage of the infection there’s a significant chance of getting false negatives.

Unfortunately money talks louder than common sense/health/safety. Even the Redskins are considering a name change b/c of the almighty dollar.

I heard the Redskins are cooking up (pun intended) an alternative: 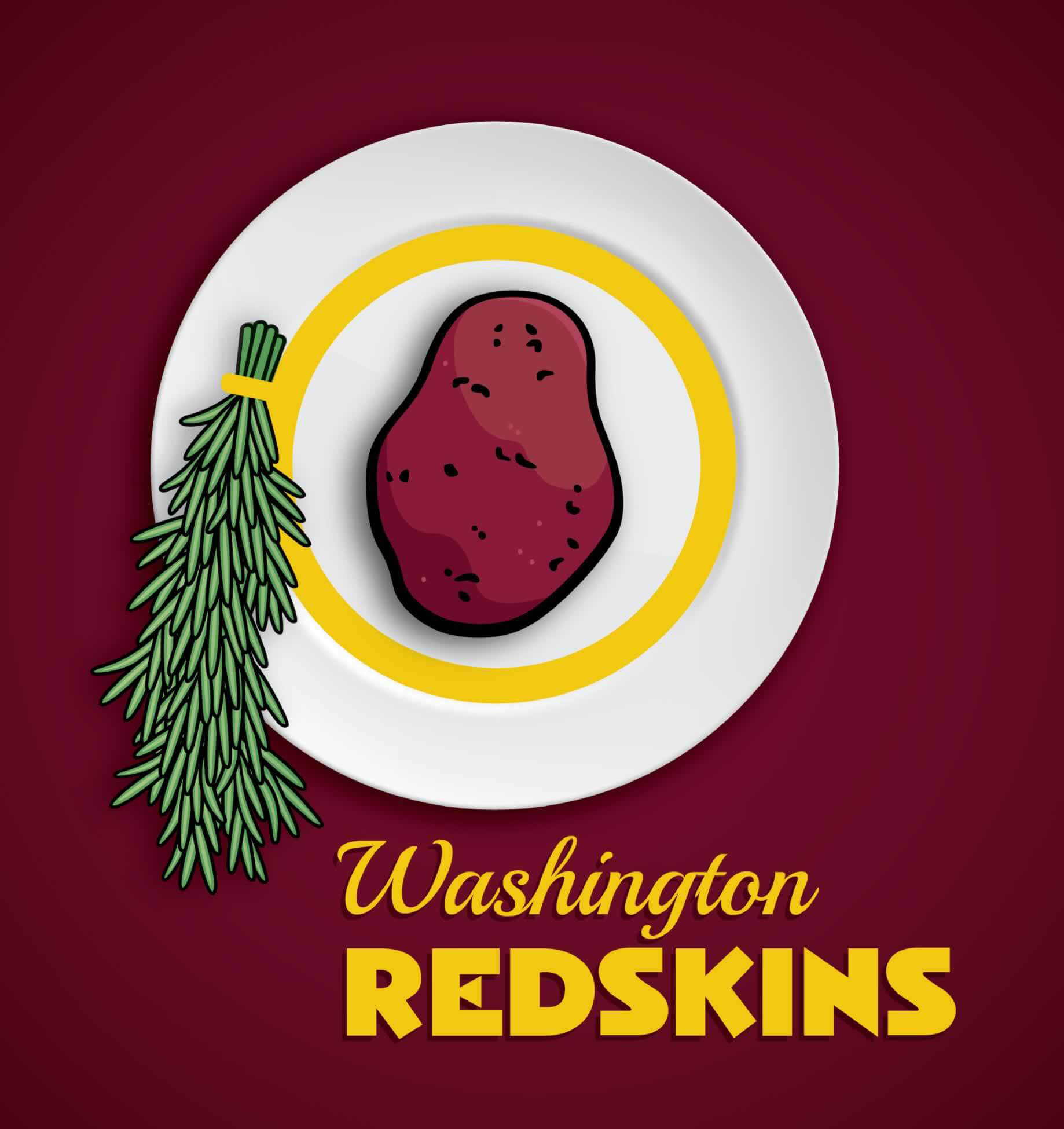 BUILD THAT WALL (around Florida)!

Bugs Bunny was so far ahead of his time.

First time I’ve noticed that he raises his arms in triumph at the end.

I live in Florida. Our governor was very big on building the wall  he had a commercial where he had his son help him build the wall out of blocks, and it was one of his platforms during candidacy.

Florida does not border Mexico.

Last edited 2 years ago by MaybeNextYear
4

BUT THEY SHARE A BODY OF WATER!!! WALL OFF THE OCEAN!

Aside from greed, there’s no reason to continue this season.

Sure there is: entertainment, and a welcome distraction from everything else that can’t be.

Doesn’t mean it’s worth it, but there are certainly multiple reasons to play.

I guess, in the way that anyone who owns a business or is working a job that’s not part of the country’s critical infrastructure is “greedy”.

Basketball is very low on the list of what’s essential. Owners, players, coaches & FO executives should’ve saved enough $ to be fine during the shutdown.

BREAKING: @MLS confirms our report that the Nashville SC vs. Chicago Fire game tomorrow night has been postponed. 5 Nashville players have been tested positive for Covid-19, and there were also 4 inconclusive tests.

Last edited 2 years ago by Otis
1