Throughout the last 24 hours, one thing has become abundantly clear in Sacramento: Marvin Bagley is more than available for the right price. On Monday morning, Chris Haynes of Yahoo! Sports reported that the Kings offered the third-year forward to the Detroit Pistons in exchange for rookie Saddiq Bey, but they were subsequently rejected. Sharing a tidbit from Bagley's side of things, Jake Fischer of Bleacher Report has reported that it appears no secret in NBA circles that Marvin Bagley III is interested in a change of scenery, which comes as no surprise after his father's year-long Twitter campaign to get his son traded. Finally, Monday afternoon saw another addition to the fervor that Bagley is being aggressively shopped, as Sam Amick of The Athletic revealed that the former second overall selection was included in an offer for big man John Collins, who was previously linked to the Kings by Kevin O'Connor of The Ringer.

According to several reports, the Atlanta Hawks are seeking a first round pick and a quality young player for their soon-to-be restricted free agent, and although Marvin Bagley may fit half of that equation, the Kings don't currently possess many assets to meet that full criteria. It's nearly unthinkable that Kings General Manager Monte McNair would surrender his current first round selection, as it's projected to land in the top-10 of a stacked draft, and surrendering future picks for a player of Collins' caliber would not be viewed as a smart long-term investment. The only way around such a conundrum would be to involve another player on the roster, such as Harrison Barnes, Richaun Holmes, or Buddy Hield, and redirect those assets Atlanta's way, but the Kings don't seem eager to part with those first two players, while the latter reportedly has little to no market value.

The Kings seeming to show legitimate interest in John Collins is exciting; however, the much larger takeaway from Monday's reports is that the relationship between Marvin Bagley and the Kings seems to be detiorating quite quickly, with both sides likely wanting to move on from one another. Unfortunately for Sacramento, Bagley's recent uptick in production has probably been compromised by another recent injury, which will keep him out for at least the next few weeks. It's certainly possible for the two sides to reconcile and for Marvin to return for the Kings next season, but the likelihood of him wearing a new jersey in the next few days seems growing by the hour.

The NBA trade deadline is less than three days away, on March 25th.

Responding to the Bey trade rumor, Monte McNair said: We had a better offer turned down two days ago.

Kings need to tank or make a deal and include their draft pick because if they end up with the 11th or 12th pick, they are screwed again

[MONTE] Schlenk! My buddy, my pal!

[SCHLENK] Monte…Monte (expletive) McNair. Whassup, man? Got any more garbage you wanna foist off on me?

[MONTE] So I guess a Bagley-for-Collins straight-up is a no-go then?

KINGS PREPARE TO BLUNDER AND PART WITH MARVIN BAGLEY

Remember these words – Marvin Bagley is more talented than anyone on the Sacramento Kings; he will become an NBA star; and the Kings, too stupid to keep him for the big ride, are breathlessly trying to trade him and ensure that he excels somewhere else.

The following quote is from Brad Botkin of CBS Sports and has also been reported on numerous websites:

“Bagley was actually starting to find a groove. Bagley had scored in double digits in 14 straight games prior to his injury. Over that span, he was averaging over 16 points and seven boards on 55 percent shooting by the field.”

— All that while playing only about 25 minutes a game. This typifies the incompetence that has led the Kings to 15 straight years without making the playoffs. Are the Kangs really also trying to trade Richaun Holmes? If trues, that’s also incomprehensible.

Let’s play a game: have Bleacher Report say that Tyrese Haliburton is available and see how many calls the Kings get and the quality of the offers. Then do it with Bagley. Haliburton wins this one in a walk.

That’s true but quite irrelevant to the issue of trading a talented young player who’s been performing very well.

Last edited 1 year ago by GTC
0

Marvin Bagley didn’t draft himself second in the first round in 2018. Vlade Divac did and it would cost him his job. Phoenix passed on Luka and so did Atlanta. I guess that makes Vlade the Third Stooge. (I also whiffed, incidentally, despite studying a lot of videos online). At some point Bagley will be moved for far less than market value since fans and the front office can’t forget the all-world guard they missed and simply appreciate a young guy who’s hitting 55% from the field while on a 36 minutes per game basis producing at a 20-point and 10-rebound pace.

My comment was meant to illustrate that basketball talent is more than physical ability, it is also includes BBIQ and a willingness to play within a team concept. Add all of these things together, and Bagley isn’t close to being the most talented player on the Kings as you said.

NBA basketball is also much more than projecting numbers over 36 minutes. Bagley defends poorly and doesn’t move the ball very well, 2 things that are essential to being an effective player in the league. For him to see more of the ball, for the team to run the offense through him, he has to be able to make good, quick decisions. He’s yet to show that he can do that.

He has shown improvement, and, in different circumstances, I’d keep him around to see how he continues to develop. I’d still move Hield before Bagley, because he’s reached the limit of what he can do.

But with Bagley likely to be out the rest of this season, and with next year the last year of his deal, I don’t think there’s a long term place for him here. The gulf between what he (and his father) think that he is worth, and what his performance to date shows, is huge. I can’t see McNair signing him for what Team Bagley thinks he should get.

Bagley may blossom elsewhere, and I’d be happy to see it. But I don’t see it happening here, so it is time to move on.

Two Bagley rejected trade rumors on the same day. I wonder who is leaking this info?

Is it safe to say we may not see Bagley in a Kings uniform again?

That’s what Ham was saying on the pre-game.

Although, I don’t think we want to lose him for nothing. So if we can’t even get someone like Collins or Bey for him, he might remain simply because his value can’t get much lower (and he does still have upside).

Even if they can’t move him by Thursday, I feel they’ll still move him by the draft or summer. If he is that upset with being a King he likely doesn’t suit up again this season.

If he’s healthy enough to play, and he’d like to keep getting paid and not be in breach of contract, he’ll play.

Bagley is Persona non grata in Sacramento, it is only a matter of time before he is out of here. I think Monte might have to trade him for a bag of Cheetos though (no offense to the Cheetos).

This is Monte telling us he’s trying. And maybe putting the Bagleys on blast for all their antics while at it.

it would be funny, to me, if McNair leagued a fake rumor that he tried to trade Bagley to Orlando for Al-Faruq Aminu, but was rebuffed.

Music to my ears. The sooner we move on from that mistake, the better for everyone.

We have a deal! 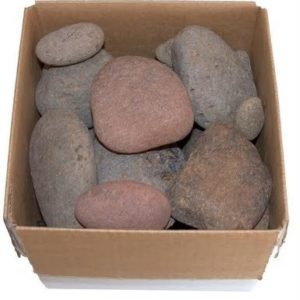 Hate to be that guy but…… Exactly what I said early in the season. That Kings needed to trade Bags early before he gets injured and loses all value.

That idea was questioned/dismissed. And here we are.

Do we really think he lost a ton of value the last couple months? He was coming off a season in which he had 3 diff injuries and played terribly in 13 games. He at least played the first half of this season healthy and hasn’t suffered a debilitating injury. He has shown a little improvement this year.

I would say his value is probably the same.

He lost more value because he got hurt. That’s what the article was saying and I was agreeing.

I suppose in terms of immediate contributions yes, but I’m not thinking any team is trading for Bagley because it swings them towards being a playoff team now. No team sees him as a missing piece. So not a ton of difference if hurt now.

He was injury prone before and is now. He was coming off recurring foot sprains and as a big man would be way more worrisome having not seen him play than coming off a broken hand like now. He was also absolutely horrendous the first 7 games of the season so trying to trade early in the season doesn’t seem like his value would have been higher.

I just disagree with the premise that GMs were willing to give more for Bagley 2 weeks ago than they are now.

Last edited 1 year ago by WizsSox
3

yes, he played better in beginning of the season, and any value he had was lost with this injury. Thus the call to trade him earlier.

Would love to somehow work out a trade between Atl/Bos/Sac with the main idea being to get John Collins in Sac and Barnes and Bogi in Boston.

My pie in the sky dream for the day!

Who does not love this ! Probably Atlanta !

But they’d get Buddy Buckets!

You have them getting barnes, bogi, belly and a 2nd for one late first lol

Ainge may be good, he ain’t that good

Nice trade – got some of that cold, hard cash we’ve been looking for.

Bagley is the new Derrick Williams (but injury prone). We just hope we can find a front office throwing as many darts at the wall as ours was, to be willing to actually take him on.

Apparently the Pistons already said no and the Thunder will probably make us send over a 1st Round Pick to take him off of our hands.

Last edited 1 year ago by jdwhit
0

Out of curiosity, do you really believe McNair gives away a first-round pick to save the organization $10-11 million for one year, just because, you know, Bagley?

While Monte’s at it, maybe he should put in a call for a swap of Bagley for Lebron. As Gretzky said, you miss 100% of the shots you don’t take.

Three teamer with a chance

I really don’t want to be the team making a choice on paying Collins 100+ mill next year (especially after making a trade for him and he knows he has a ton of leverage)…but that is an interesting trade to me. I probably wouldn’t, but I understand those that would.

If you bring him in I think you just let him get offers and match whatever he accepts. That way at least you know it’s a legit bid and not bidding against yourself.

Yeah for sure…but seems like someone will offer him 100 million, I mean Gallo got 20 mill per last year. I would hate to feel like you had to match because you gave up assets to get him.

It’s kind of weird how this piece builds a very detailed case as to why Bagley is not likely to be traded, then concludes by stating that the chances of him being traded are growing by the hour.

I think he’ll be traded for a 2nd round pick and some expiring. Sadly, that sounds about right to me.