They say that sports teams are either selling wins or they're selling hope.

What happens to a fan base when you stop selling either?

The Kings opened their coaching search with seven candidates. Four of those candidates would have made me very excited about the future of the team. Two would have been ok, but not exciting. One candidate I disliked entirely. So of course the Kings advanced the bottom three candidates on my list.

For those couple of days between the initial report and the report of the second round candidates, I had hope. Hope that maybe this team was going to do something to reinvigorate the passion of this fan base. A fan base we know still has that passion, and is simply waiting for it to be awakened.

Now, I'm left with an all-too-familiar feeling when it comes to following the Kings: hoping I'm wrong.

We watch move after move that leaves us scratching our heads, and we always come back to a familiar refrain: "I hope I'm wrong."

Because at the end of the day I'm a fan. I want this team to be good, and I fully admit that Mike Brown or Steve Clifford or Mark Jackson could potentially turn this team around. But I'm tired of the Kings zigging while the rest of the league zags and then watching it fail. The Kings have spent the entirety of the Vivek era acting like they're the smartest guys in the room despite all evidence to the contrary.

I'm tired of hoping I'm wrong. It would be nice if for once I could see what the Kings were doing and immediately get excited about it. I want this team to be good. And I'm tired of once again being put in a position to try to rationalize and talk myself into what appears to be yet another ill-fated and uninspiring path. 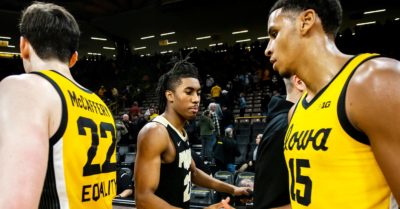 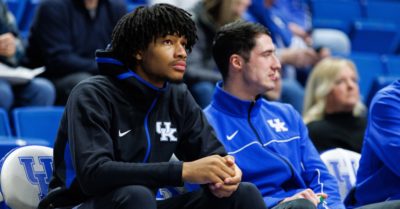 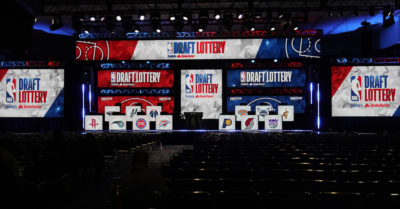 Judging by how empty the arena was for most of last season, I would say most fans are done hoping too.

The franchise is currently on worst case path and has been for years. I have no idea where it leads if the team continues to poison the fanbase with their stupidity and nonsensical decisions. At what point does the league step in? We’re in a unprecedented level of dysfunction and failure for a nba franchise.

The few games I watched were not nearly empty enough to make a statement. And this last season was by far the least amount of games I’ve watched.

Robinson over Lillard? I get it. McLemore over McCollum? Fine. None of these were overwhelmingly consensus picks at the time.

The successes can be counted on one hand. There are not enough fingers and toes to count the failures.

It is under that cloud of doubt – that growing, never-ending 16 year cloud – that this organization and fan base finds itself. The days of Geoff Petrie pivoting away from the fan base (hello Peja, goodbye John Wallace) are almost a couple of decades gone now. There is simply no benefit of the doubt left in the tank. This organization, through some of the most astonishing mismanagement in the history of professional sports, has not only completely exhausted its goodwill, but has also exhausted any acknowledgement that they may know more about their business than the average fan.

What will change this? Results, and nothing else. No more talk, no more justification, no more excuses. Results.

The current path of this organization is 100% on this organization, from the owner to and through the front office. The old regime impact is long gone. Ownership and the front office completely own the results of the upcoming season. Should the team succeed, they deserve all of the credit. Should they fail, I really believe that ownership should cop to their inability to compete in the NBA and they should sell. Won’t happen, but it should.

Stop telling us. Show us.

There are not enough fingers and toes to count the failures.

Robinson over Lillard? I get it. McLemore over McCollum? Fine. None of these were overwhelmingly consensus picks at the time.

It’s funny, of all the bad decisions, the Ben one is still one of the most mystifying for how poorly it turned out. I wasn’t the biggest Ben fan and he had his flaws, so no surprise to any of us who watched even his NBA games that he wasn’t a star. But it’s a bit wild that he didn’t have a better career.

I realize there wasn’t nearly the same access to draft data and video back then, but at Kansas as a true freshman, BMac put up:

And isn’t not even as if retrospectively, the team was carried by a better NBA prospect. The only two other future NBA players on Kansas’ roster were Jeff Withey and Andrew White.

Ben did all this while measuring at 6’5″ with a ~6’8″ wingspan. And he had good athleticism and quickness, so he wasn’t a Nik, Jimmer, or Landgon case. And while he may never have been called a gym rat, it’s not as if he had bad character or didn’t work on his game.

Yeah, of course his handles weren’t great. And he wasn’t overly tough or physical. Plenty of reasons he didn’t become a star player. But he came into the league right in the era when shooting was becoming a priority. I can 100% understand why GMs liked him and why he was drafted by Pete. And it’s pretty amazing he didn’t at least become a good starter who justified the use of the #7 pick.

Of all our FOs really bad misses over the years. This is certainly one of the more understandable ones.

Ben’s is a case that I can only chalk up to poor ball IQ. Even on his 2nd stint in Sacramento it was laughably bad, and that’s gonna eat at your confidence.

I do wonder how that might’ve gone for him if he’d been drafted to a better organization instead of one with zero player development infrastructure, but he also dropped to us at 7 for a reason — teams must’ve known he wasn’t capable of seeing the game at the NBA level.

100%. His awareness was bad and his skills just never really developed. But man, I can 100% see why Pete drafted him. There’s a much better case for Ben than Nik, Jimmer, or even TRob (knowing what we know now, understood and was happy with the pick at the time).

I think the Cuz factor hurt his development as well as given big minutes without earning them . Of course Petrie advising Vivek to consider Giannis with that pick still stings

Word is Vivek was extremely impressed with Mark Jackson’s first interview and he’s “the man to beat”, though I don’t know how you’d call being hired to coach for this owner “winning”. The reality is barring a few rare instances, when the owner is in the room calling the shots its usually a very bad thing. Jed York of the 49ers is an example of someone early on pulling the same BS that Vivek does, but as it failed he pulled away and let football people make the football decisions. And when an egotistical silver spoon dbag like Jed is outclassing you as a franchise owner you done did messed up A-a-ron.