Kyle Lowry is joining the Miami Heat via a sign-and-trade agreement that will send Goran Dragic and Precious Achiuwa to the Raptors. Or at least that’s what is implied by ESPN’s Adrian Wojnarowski.

Lowry's long been intrigued with joining Heat star Jimmy Butler and the Miami organization, and now Miami's maneuvered to have two key elements of a possible sign-and-trade package – Goran Dragic and Precious Achiuwa -- to offer Raptors once talks can ensue at 6 PM, per sources. https://t.co/MrpMhhB7aJ

If this seems shady, it might be because as sign-and-trade sending Bogdan Bogdanovic to Milwaukee was scuttled last year when details leaked too soon. The Kings would have received Donte DiVincenzo from the Bucks. But that deal was reported in less vague terms before it was allowed, and the team involved had to back out or face more severe league consequences. Bogdanovic ended up signing with the Atlanta Hawks and the Kings received nothing.

Of course, Miami and Pat Riley aren’t Sacramento or Milwaukee, so the league is unlikely to stop this from happening.

The Kings have a history of shooting themselves in the foot without the league getting involved. It’s sad that the league feels the need to only influence tampering rules when it involves less glamorous markets.

Perhaps the King’s FO just isn’t adept at toeing the line of tampering. Have a hard time believing the league is playing favorites based on the cities of the teams involved.

It’s sad that the league feels the need to only influence tampering rules when it involves less glamorous markets.

Unfortunately, history disagrees with that.

Perfectly kosher. This is just a prediction of what WILL first happen tomorrow. 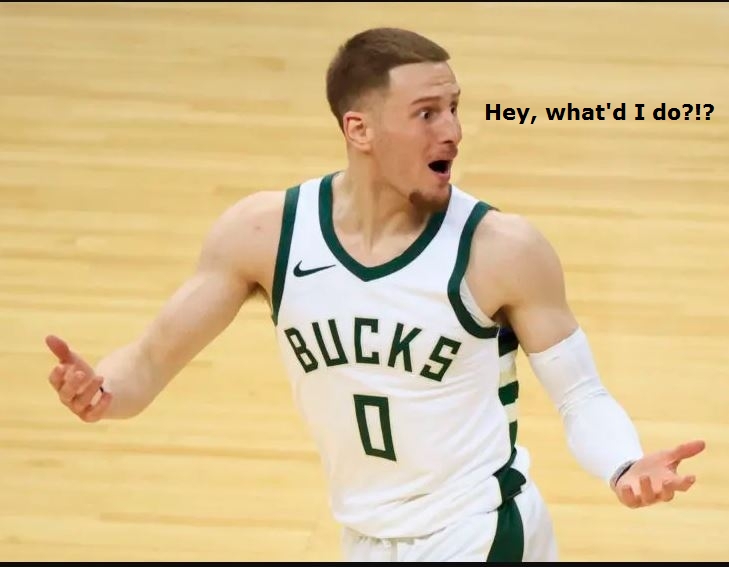 You cost me my ring!

Sort of off topic here but does anyone think their could be ongoing talks between the Kings and Sixers centered around Fox for Simmons?

I’m probably reaching but I haven’t seen any welcome message via social media from Fox to Mitchell, whereas I’m pretty sure I have from Hali and Barnes, for example. I could be off base but I’m just sort of thinking aloud here. Maybe Fox just isn’t that active in social media and it’s really nothing.

Such a move would theoretically balance the roster more and I wouldn’t hate it but I would definitely prefer to extract an additional asset from the sixers in any such trade.

The thought has crossed my mind, I can’t see it happening though. Fox seems like the face of the franchise and that move would get a lot of criticism if it backfires, with Monte for sure losing his job. Although it doesn’t make it easier to dismiss knowing Monte and Morey worked together for so long.

How does it backfire? Fox is the face of 27-31 win teams. Does it really matter if they win 21-25? Also, Simmons has made the playoffs every year he’s been in the league, and Fox hasn’t ever, so I doubt it does. Fact is, true stars make the playoffs quickly and don’t look back. And I would praise Monte for actually taking a swing, not want his head. Just me.

Fox could end up better than Simmons? Simmons has been pretty close to the same player since he was drafted while Fox has dramatically improved his game every year. Simmons may not have any interest in playing here? He is represented by Klutch and they already put out a statement about working with Philly on trades. I know he is under contract for four years but if a player doesn’t want to play somewhere nowadays for the most part they get their way.

I am not opposed to the move per se, but it is a high profile move that would have consequences. All in all I dont see it likely.

Fair points, but I would hope Monte would find out whether Simmons intended to play here before pulling the trigger. And I can’t ever see Fox being a better passer or defensive player than Simmons. To me, Fox is an ACL away from average. He relies on exceptional athleticism, isn’t switchable, doesn’t stretch a D with his range, and stops ball movement with his drives. I think he is what he is at this point, too. He’ll likely improve his shot some more, but will also lose some speed. Personally, I’d like to see a Hali, Mitchell, and Simmons line up.

I would like to see those 3 players in the lineup too, but I may just be too scarred from Simmons in the playoffs. The main reason I would do the trade is because it is just easier to find good pg sized players than it is to find good wing sized players. I also think Simmons could significantly increase Bagleys value.