The Sacramento Kings formally introduced 2020 rookies Tyrese Haliburton, Robert Woodard, and Jahm'ius Ramsey to the media on Thursday. Like most happenings this year, these customary introductory press conferences had a different look than we're used to, and were conducted over Zoom. I understand that you shouldn't really expect anything else from these press conferences, but all three rookies sounded genuinely excited to land in Sacramento, and are ready to get to work.

Tyrese Haliburton briefly touched on reports that some combination of the Kings and Haliburton's team orchestrated his slide to the Kings at 12, along with his role, expectations, and fit with De'Aaron Fox.

Robert Woodard talked about his positional versatility, toughness, and willingness to contribute on the court without demanding the ball or shots on offense, and what he's worked on since his season with Mississippi State finished.

Jahm'ius Ramsey talked about what he believes he needs to work on in order to carve out a long NBA career as a 2nd round draft pick, along with his fit on a young Sacramento Kings team.

Monte McNair's post-draft press conference is also worth a watch if you haven't seen it yet. We're still getting to know McNair, so any opportunity to get a deeper feel for his philosophy as an NBA general manager is educating. Of particular note, McNair stated that they thought Tyrese Haliburton was the best player available, and that will always be the driving force behind his draft selections. 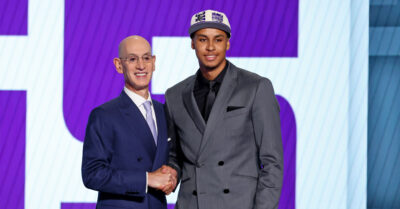 Watched it yesterday and I would say I’m impressed how well spoken Robert Woodard is out of the 3. Excited to watch these guys play on the court next month. Too bad there’s no summer league. Would have been stoked watching Tyrese, Robert and Ramsey on the court together.

Watched film of Woodard. That is one grown-ass young man. Frightening to envision what an NBA workout and nutrition regimen will wind up doing for him.

Same. I had never heard of him. Looked him up. Don’t understand how he could fall to 40. But he looks like a tantalizing prospect for sure.
Defensive stopper?

I’m always reticent to get too excited about 2nd round picks, but I do like Woodard exponentially more than any of last year’s picks – I thought that he might have a chance to go in the latter part of the 1st round.

Agreed! Actually watched a bunch of clips of him yesterday and I wonder how he fell to 40. Could easily be a late 1st or early 2nd round pick. What stood out to me the most is his awareness on what he needs to work on which he mentioned is his lateral quickness and free throw shooting. Also accepting and embracing the role of a 3 and D guy, being the defensive stopper to the opposing teams best player. I’m definitely rooting for him to succeed. I could easily see him as part of a rotation with the Kings.

This is all I could think of when seeing Ham on his zoom call: 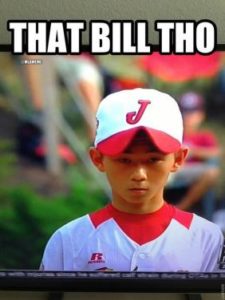 That was worth a listen. Those are going to be very easy young men to root for.

Very excited to see where these guys are two years from now.

I really liked what I saw defensively with Woodard. If he can pick up NBA schemes quickly, it will be hard to keep Woodard off the floor. Already has the body and athleticism. Good energy. Possible steal in the 2nd round for Sac.

I like it when players have hobbies that are not standard. Tyrese with fashion and Woodard with the base guitar.

Ramsey has a sort of quiet intensity. I kinda got what he said aboutr patience because he looked like he is bursting to go outr there and play.

I hope they do wel.

Quiet intensity sums it up well.

You got your video links messed up.