For anyone coming to the site for the very first time, I'm Will. I'm going to take a page out of every cooking blog on Earth here and build up to the important stuff by way of personal anecdote. I was transplanted from my childhood home in Los Angeles when I was eleven to a little town just outside of Redding. It was rural - less than two-thousand people. The roads weren't fit to skate and my parents too cautious to give me anything with a motor, so my nights were spent sitting in front of the TV, listening to Grant and Jerry call Kings games. My first year living up north was the '01-'02 season and it didn't take long for me to figure out that the Kings were the only team I would ever truly love. Internet didn't come to my home till I was well into high school and when it did, the very first search on my very first computer with dial-up internet was 'kings website'. Which lead to me to all of you.

Almost a decade and a half later and I've gone from occasional lurker, to unabashed admirer, to uncertain commenter and then in a happy twist of fate, writer. I had to preface what's to come so that you can understand the magnitude of the joy and appreciation I have when I say - it is my absolutely pleasure and honor to introduced to you the newest member of the The Kings Herald team:

Did you really think this man was just going to quietly ride into the sunset? Hell no, he ain't! Starting this Wednesday, November 11th: Jerry Reynolds, Tony Xypteras and I will be dropping the very first episode of The Kings Herald Show, a podcast in which we talk everything Kings: the latest news, the league around them and especially, the history of the team we all know and love. Twice a month Tony and I will sit down and pick the brain of a Sacramento Kings legend on everything from the draft, to how the league operates behind-the-scenes, to just what Jerry thinks about those gold jerseys. (Spoiler: he loves them!) From time to time, we'll even bring special guests in to speak with Jerry, Tony and I about the league and the Kings place in the basketball universe!

Even more exciting still: for those of you who have subscribed to our Patreon, each podcast will feature a pre-selected, patron-submitted question, giving the people who have supported us with a chance to get their very best and most pressing questions answered by Jerry himself.  Further still, we'll also be introducing a third Patreon exclusive mini-show every month where Jerry will answer a slew of the questions you come up with!

The Kings Herald is a website by the fans and for the fans, and I'm damn proud to be able to say this podcast isn't going to be changing that formula. We're just three Kings fans shooting the breezing, it just so happens that one of us may be the most beloved man in Kings history.

Please join the entire Kings Herald staff today in welcoming the newest official member of The Kings Herald AND on Wednesday as Jerry, Tony and I set out on the start of what is sure to be an incredible podcast!

You can find the show wherever you listen to podcasts. Some of the feeds are still updating, but you can subscribe now, here:

To prevent spam, our system flags comments that include too many hyperlinks. If you would like to share a comment with multiple links, make sure you email [email protected] for it to be approved.
Subscribe
Login
Please login to comment
69 Comments
Oldest
Newest Most Voted
Inline Feedbacks
View all comments

Jerry just plugged it on CD’s show and mentioned you both by name.

Y’all are killing it here…keep up the great work!

I DID NOT EXPECT THE YETI G.O.A.T!

This is awesome, what a great acquisition for TKH’s team.

Thank you, Jerry, and welcome!

If you happen to have a story about the real Rik Smits, I’d love to hear it.

Last edited 2 years ago by RikSmits
9

Hah, I just wanted one interview. You’ve done that and more!

Around the Realm: Philly wants Harden, Jrue Holiday on the block

Wow, congrats. I am really happy for you guys and love that we get to hear more about what Jerry Reynolds thinks about the Kings and the NBA in general moving forward.

I’m hoping for a new Snackramento episode. I need to know where Jerry goes to in Sac for his snacks.

Inching closer to my dream of owning a Kings Herald NBA Jams themed tshirt with Jerry Reynolds in a French Lick Jersey with a max dunk rating.

This is why I’m a proud patron of this site. You all are fucking awesome…which is almost as awesome as Jerry Reynolds.

This is why I’m a proud patron of this site.

Same! The second we heard the news about Vox letting go of the writers last December, myself (and MANY others) made comments saying we would help in any monetary way we could. We are the best group of KANGZ fans ever.

We really couldn’t have pulled this off without the help of everyone in this community. Whether it’s contributing to the Patreon, buying merch, or just visiting the site and commenting and making this a place where Kings fans want to be, every success is a shared success with all of you. Thank you all for helping us make this venture a success. You keep showing up, we’ll keep giving you cool stuff to enjoy.

I think it’s safe to say that Vox letting all the crew go was truly a blessing in disguise. Being able to be free, do what you want, go above and beyond what you could’ve done on that old website we shall not name, and knowing you’ll always have the backing of a loyal group of followers….it doesn’t get any better than that.

Congratulations, Tony and Will! I look forward to hearing Jerry in the future!

P.S. I am totally going to submit a Lady Bird-related question for the Patreon questions! 😉

Please do! It would be my preference that the Patreon questions get weird.

What have you done, Tony? WHAT HAVE YOU DONE.

Wow! I don’t usually listen to the podcasts but I can’t wait for this. Jerry probably won’t spill too much of the tea, but I’m hoping for a little bit of inside info that will help us understand the past few years a bit better. Congrats guys!

Last edited 2 years ago by Henry
4

I can pretty much guarantee you Jerry will only portray his experiences with positivity because that’s just who he is.

No doubt. Can’t wait to hear his take on things, we could use some positivity these days.

So damn excited to hear this podcast – proud of Will and Tony for all the work they’ve done to prepare for an opportunity like this, and absolutely stunned to call Jerry Reynolds a team member!

Many Christmas ago, my mom gave me a signed copy of Reynolds Remembers – it was absolutely my favorite gift that year, and it sits proudly on my bookshelf. Thanks for all the years of basketball insights Jerry, and very excited we get to keep hearing from you!

My literal first thought upon seeing this news: Holy fucking shit! Followed by: Damn, we are LEGIT. This is awesome.

I mean, this is just awesome.

I am trying to log on to Patreon and then I get a message that they need to verify my device and that they have sent an email to my email address with a link to verify.
But I have not received an email and so I cannot log in. Help?!

Hmm. This might need to be handled with Patreon support. I’m not sure what we can do on our end for login issues. I know sometimes I have Patreon emails that either go to spam, or my social / promotions tab if you’re using Gmail. Maybe give it one more shot, if you can’t get in I’ll see if we have any Patreon contacts and I can alert them that one of our Patrons is having issues logging in.

I actually just got the same verification notification that you did when I tried to login right now, so maybe they are having an issue with their account system at the moment.

Thank you.
I tried twice, to no avail.
I will try again tomorrow.

So I can enter Patreon now. Jay!
But where do I submit my questions for the Podcast?

I was thinking too small. I just wanted Jerry and Tom Z to participate in the new sites PodCasts. Actually getting Jerry to be a continuing part of the process … Brilliant. I missed the big picture and looked at the minutia.

2020 waiting for the weather to get crummy to finally buck up. Gotdayum, that’s A pick up!

Double post.
This is good grassroots work in action. This all happens because the community here is strong and invested. This is good work top to bottom. 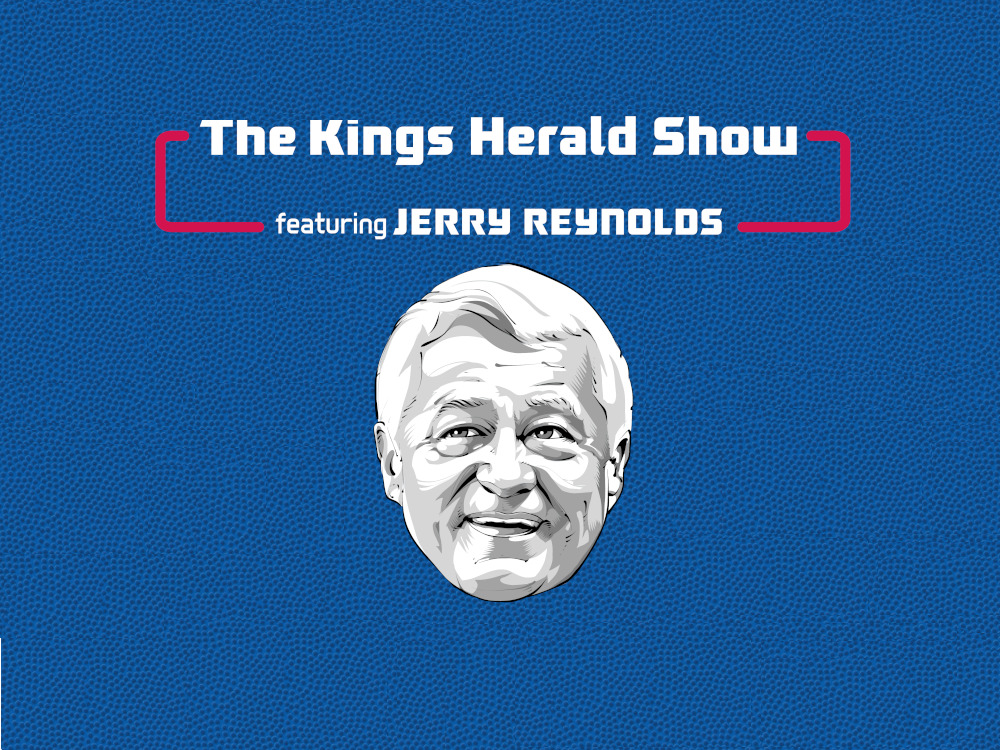 WILL THE KINGS HERALD BE GIVING JERRY REYNOLDS BREAKFAST AS PART OF HIS CONTRACT?

Longtime lurker, first-time commenter… huge kudos to the TKH team for what they’ve managed to do this year! Seriously impressive work- can’t wait for more!

What a whirlwind week it’s been. Except for the beloved Alex Trebek passing, this has been one hell of a hopeful, feel-good time recently.

Maybe around New Year’s Eve or Thanksgiving there could be a ‘count our blessings/countdown of the top 10 high points in this community’s history’?

Here are some possible entries:

Ooh, good call! the JT draft was the first season I had followed the old site. Got hooked by the enthusiasm of the community!

By the way, I only wrote “Vivek, Ben McLemore and Kingsguru” because those three seem incredibly hard to get onto a podcast. I thoroughly enjoyed that section214 guy being on the show as a guest, too. 🙂

That section214 guy – a face made for radio & a voice made for silent movies. 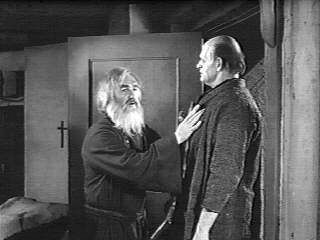 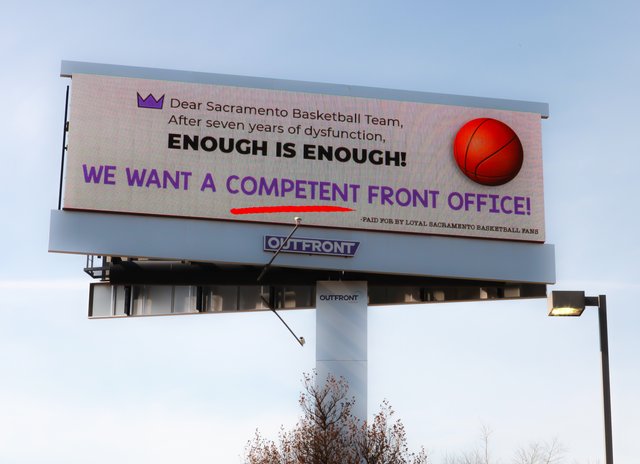 To maybe eloborate a bit: I can´t wait for this! Jerry is such a pleasnt human being that I absolutely love this news, congrats to the site.

Last edited 2 years ago by rubenho
4

This isn’t the Fantasy Island Adult Bookstore next to The Four Seasons Total Landscaping. 😉

Four Seasons Total Landscaping will never not be funny.

It’s a great emo band name, for sure.

I’m sure it took some convincing on your guy’s part to get Jerry on, but how could he say no to joining a great platform that you’ve already established here at the Herald. I was a fan of his show on Youtube and will look forward to future episodes here.

Well, great jambalaya AND a prospective Jerry Reynolds included show. Brings a whole new meaning to having a ‘case of the Monday’s.’

Woohoo! This is awesome!

And Will and Tony. What a long strange trip it’s been. Let’s keep on truckin’
Go Kings! 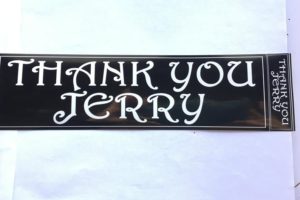