With one open roster spot available, it's not surprising to see the Sacramento Kings attempting to fill the gap. In this era of "positionless" basketball, the team's biggest need fell in the area of a wing that could guard the three and four positions.

You could argue that signing a point guard that would be an upgrade over Yogi Ferrell was also something to consider, but ultimately having more wings that can guard multiple positions became more imperative.

When I went through free agents the Kings should consider, it became evident that the pool of wings available in the market was drier than a Popeye's biscuit. But two players that have played as forwards in the past stuck out, and both were previously members of the Sacramento Kings.

Corey Brewer and Iman Shumpert both were viable options to land the opening roster spot. Brewer last played for the Kings in the 2018-19 season under head coach Dave Joerger. Sacramento originally signed Brewer to a 10-day contract and then kept him on for the remainder of the season.

In those 24 games with Sacramento, the 6'9" forward averaged 4.1 points, 2.5 rebounds, 1.2 assists and 0.8 steals. He shot 44.6% on field goals and 33% from three, though the Kings weren't requiring him to add points to the scoreboard. Instead, Brewer's main task was to come in at any notice and give it his all on the defensive end - win those 50/50 balls, jump the passing lanes and switch effectively.

Brewer's contagious energy spread to other players (in a good way), though he wasn't signed by anyone as a free agent the following summer.

Iman Shumpert also spread his positive vibes to the locker room and brought a culture shift the Kings needed with the young players on the roster. There's a good point to be made when saying the Kings should've signed Shumpert instead for the confidence boost he could've brought to the table, but his on-court ability is already on the roster (see Kent Bazemore).

Brewer may not be required to play any lengthy minutes if the Kings can stay healthy, which has been a plague this season. But in any case, Brewer doesn't need hefty minutes to make an impact or change the momentum of the game.

The Kings may look to roll out more small ball lineups and that would mean Harrison Barnes getting more action at the four and Bazemore coming in at the three. In that event, Brewer can come in and backup any of those two players as an effective, pesky defender.

Brewer's nickname on Basketball Reference is "The Drunken Dribbler" and that's a pretty efficient way of describing his on-court play in a good tone.

Sacramento wasn't going to sign anyone that would've shifted the needle dramatically, especially under current circumstances. Nonetheless, Brewer is arguably the best option in the biggest position of need for Sacramento. You know what you get with him, you just don't know how you'll get it.

How can you not like Corey Brewer. Even when in College with the Gators beating up on UCLA, then going back and doing it again. This guy and team mates were winners. I think getting him on your team can only mean good things in the future.

That Florida team really is something when you think about it. Two National Championships in back to back years, three juniors of the core team went in the top 10 in the 07′ draft (Horford#3, Brewer#7, Noah#9), and all three are still playing in the NBA. That’s really remarkable. I don’t think that is something we will see again.

Speaking of Florida… if nothing else CB should have a connection or two left from his Florida days to get the chronic into the bubble. Could be what keeps the Kings sane enough to win a few?

Credit Greg for that lol but I <3 Brewer too

“Drunken Dribbler” is a great nickname for a couple of my college roommates too. 0 for 3 on security deposits.

I wanted Shump, but this is a totally reasonable signing, and I’m glad Brewer is back.

I wouldn’t have been upset had they signed Shumpert instead

Apparently, two players from the Suns have tested positive…

Crap, I just can’t figure out how to embed tweets.

Last edited 2 years ago by RikSmits
0

Looks like I haven’t figured out how to embed tweets either. And I wasn’t allowed to edit my comment.

Waive your curser over at the bottom right of you comment and you will see a gear logo appear. Click on that to edit your comment.

Also, it does appear that the edit ability expires after some set of time, much like on the site that shall not be named.

So having it just say edit wasn’t clear enough?

But at least it’s longer than 90 seconds!

Yikes! I still doubt the NBA is going to be able to pull this off. When is the date for players to say they are not going to play. I know some have already bowed out including Bertans, Ariza and DMC.

Deadline day: By June 24 NBA players reportedly must tell teams they will not play in restart

Popeye’s biscuits are the best, you take that insult back immediately…!

OK, so a bit of editorial advice.

We need another article about Corey Brewer, so I am proposing the headline: “The Kings’ Playoff Hopes X-Factor Is…..Corey Brewer.”

Do your thing, writing staff. 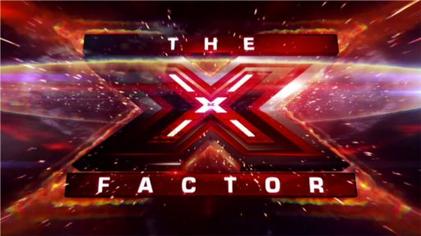