When the Sacramento Kings traded Nemanja Bjelica to the Miami Heat for Maurice Harkless and Chris Silva, nobody expected it to be a big impact on the remainder of the Kings' season. Silva was a project big man and Harkless was an expiring contract who hadn't done much in Miami. Silva was waived after barely seeing the floor, but Harkless proved to be a valuable acquisition for the Kings as the season concluded.

The Heat signed Harkless this past offseason hoping he could fill the Jae Crowder role for them, but a mixture of injuries and illness kept Harkless from ever finding a real spot in Miami's rotation. When the Kings acquired Harkless it was fair to wonder if he had been a bad fit for the Heat, or if he was just on the downward slide of his career.

It didn't take long for Harkless to prove he wasn't done.

Harkless played in 26 of 28 games for the Kings after the trade, including 20 starts. And while his numbers (6.9 points, 2.9 rebounds, 1.4 assists, 1.1 steals, and 0.6 blocks per game) don't leap off the page, they mark a return to form for Harkless and his best play since 2018-19. Harkless is a smart veteran who doesn't make a lot of mistakes on either end of the floor, and that clearly appealed to Luke Walton.

But therein lies the problem as well. It's hard to look at Harkless' game and get excited about him playing 25 minutes a night. Mo was never the problem for the Kings, but he also didn't solve any of their big problems. He was a capable veteran with a high floor and a low ceiling.

Harkless is a free agent this summer, and it remains to be seen if he has any interest in another season in Sacramento, or if the Kings have any interest in keeping him. My only hope is that if the Kings keep him, it's to provide veteran depth, as opposed to keeping him expecting Harkless to be a key starter on a team hoping for the playoffs. Bringing Mo back on a small and short contract would be perfectly fine by me, but I worry that the Kings brass will think Harkless should continue being a 25-minue-a-night player and pay him accordingly.

The Kings have spent far too many years convincing themselves that veteran role players are vital, and have handed out plenty of contracts that overvalue said vets. I'm fine with another season of Harkless as long as he comes reasonably cheap, but if the Kings don't retain him I won't be overly concerned about it either. 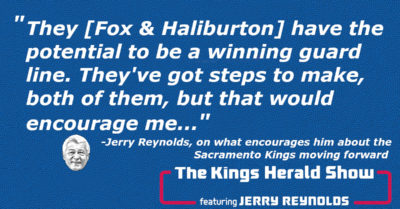 Are there reasons for optimism in Sacramento heading into an ultra-important offseason for the Kings? | TKHS Episode 17 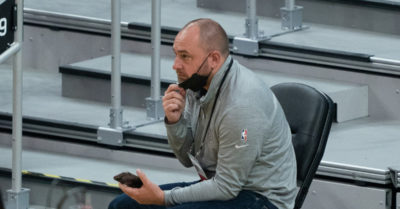 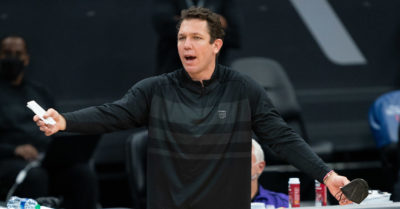 Good trade, and I would definitely do it in a heartbeat

Having Zubac, then we don’t have to re-sign Holmes…..and Zubac is on cheap contract

But I doubt Clippers would do this trade.

I disagree. I think Kennard is an overpaid scrub; he can’t sniff the floor during the play-offs.

I think some people overvalue Buddy, but this seems the exact opposite.

IMO, this is a salary dump, only to get stuck with a slightly smaller salary but along with lesser production.

Both Kennard and Zubac have been played off the floor in the playoffs. It is a bit of a salary dump, but Buddy has to go, and as far as playoffs we just need in.

Because it’s been 15 years! Sacramento needs to build a playoff team. What I have suggested is a young team that could be expected to compete now, with room to grow. Build solid, worry about elite later.

Also, the 2.5 mil they save this year could be the difference in keeping Holmes or losing him.

I generally like the trade idea if the Clips went for it. Agree with your thoughts about getting into playoffs and continue to build off that.

As someone who likes the trade idea, I am curious how Kennard has been “played off the floor” in the playoffs. Both you and Smits imply or state that. He’s played 4 playoff games on the Pistons where they lost every game by 20+ against a way better Bucks team. He played 33 mins and shot decently that series. He hasn’t played against the Mavs currently, but he obviously hasn’t been much a part of their rotation heading into series anyway. So hard to say he’s not playing because it’s playoff basketball and he can’t hang.

Seems like sample size is too small to say he can’t play in the playoffs or he’s been played off the floor.

As far as getting comparable value. Zubac would leave the Kings with an option at 5 if negotiations with RH don’t go as well as we’re all hoping. Kennard’s counting stats are the lowest since his rookie year, (buy low)but his efficiency is up. He shot 44.3% from deep on 3.6 attempts, compared to Buddy’s 39.1% on 10.2(!). Kennard is 24 compared to Buddy at 28. Kennard does more in other areas of the game than Buddy, and is a good locker room guy who’s used to coming off the bench. Eases the pressure to re-sign Davis.

I’d like to see him back on the team. He’s a two way player at the forward spot where the team lacks depth. His outside shot is respectable and his ability to generate his own offense is good enough that other teams can’t hide a bad defender on him. I think he can be a good value on a reasonable contract.

Kings two main issues this year were defense and depth. He helped in both areas.

I thought he was washed when he arrived at Sac_Town…but glad he proved me wrong….

Harkless knows what to do on court, and do nothing wrong at all…his long arm and his defense would definitely helps the team……

I am totally okay to see him back on cheap contract and play a backup SF role.

Tragic. And Eaton looks like he was very healthy. Also reminds me that Shawn Bradley was paralyzed last year after being run over by a car while bicycling.

In relation to the Kings, I found this quote interesting.

As for the Jazz, Eaton sees a level of connectivity he recognizes from his most successful Utah teams.

“One of the things I see when I watch them play is what’s going on when the play stops or where’s the communication at?” says Eaton. “That’s been kind of a hallmark of the Jazz team, is that they all communicate well with each other and you see them talking to each other. It’s reminiscent of Jeff Hornacek sitting in a huddle, drawing a play on the floor while Jerry Sloan’s talking, because that’s the kind of commitment it takes to win. You can’t just sit there and say, “O.K., coach, what do we do next?” It’s like, you got to talk to your teammates and get them going and make adjustments. You see LeBron doing it all the time. He’s talking to his teammates, like get out there and do this. And I saw this in the Jazz. I think it’s just a great hallmark of great basketball and great basketball teams.”

About the bolded part; the Kings often go to pieces and try a bad iso shot.

And the last quote is sad, knowing it won’t happen anymore:

“I keep trying to get them out on a bike ride with me during the summer,” says Eaton. “After the season’s over I’m hoping we get a chance to get back out on the bikes together and go cruise around our city.”

Nor should we undervalue him. He’s probably the only guy on this pathetically soft roster that would’ve slapped Valanciunas’ ass for breaking Metu’s wrist.

Harkless was a lot better than I expected. And younger than I realized.

My dad used to say, “Strive to be the best you can be…or hang out with a group of people that make you look better by comparison.” Moe Harkless looked a lot better and a lot tougher on the Kings roster than the Heat roster.

at least he belongs in the nba and can guard forwards. I think sometimes he appears aloof, but he’s not because he normally makes the right play.

He’s one of the 400-500 greatest players in the world. But as an NBA player, he spent most of the season anchored to the bench of a playoff team. It wasn’t until he was traded to lottery land that he showed anything, and what stood out (his toughness) was probably more related to his new environment of not-so-tough defensive teammates. He’s this year’s Shumpert or Bazemore or Temple or Butler or Carter or…

He played 23 minutes a game for four years in Portland. He may not have lived up to his contract there, but he was not anchored to the bench.

So true, and sadly I think they same could be said for players like Metu or Jones. Remember, Metu was cut by the Spurs and Jones was cut by the Suns AND the Lakers this year. Both got career high minutes on the Kings. Don’t get me wrong, I like those guys, or at least like the idea of those guys, but the bottom of the barrel has definitely been scraped.

They are good additions on good teams. I think back Funderburke, Corbin, Chucky Brown, Corliss 2.0. These were all guys that could rack up the DNP-CDs under Adelman’s deep teams, yet contribute the moment they are called upon. The problem when you put these same guys on bad teams is that you ask them to contribute beyond their ability, at least when compared to the NBA median.

This is not a slam against any of these guys. But they need better play (and leadership) from the top-end of the roster to be the contributors that they are best suited to be.