Welcome back to Quarantine Rewind.

After highlighting Gavin Maloof's infamous Tyreke Evans promo and Grantland's damning 'Stauskas' draft footage in previous editions, I thought it would be a good idea to balance some of that negativity out with a little lighthearted pranking.

On January 6th, 2009, Sacramento Kings first round pick Jason Thompson forgot to bring bagels to practice. This was part of his rookie duties, and it doesn't appear like this was his first offense.

Some combination of his 2008-09 teammates punished JT by filling up his new Escalade with popcorn, and the always-great Kings digital team uploaded the footage to YouTube. It's a fun video to revisit if you can stomach a minute or so of Spencer Hawes.

Several Kings of that era made a cameo including Beno Udrih, Bobby Brown, and John Salmons, but The Donte Greene Show with Brad Miller is the best part.

Maybe someone in the comments can refresh my memory, because the video didn't make it clear, but did we ever find out who did this to Jason Thompson? Spencer Hawes knew, but wouldn't say, and Bobby Jackson looks awfully guilty at the end. But I can't remember if we ever confirmed who it was. For some reason I thought Francisco Garcia was involved? Nonetheless, it's a funny chapter in Kings history. 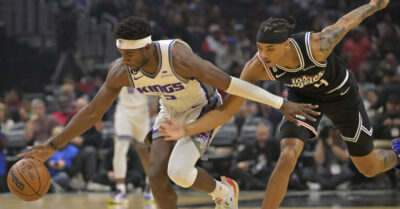 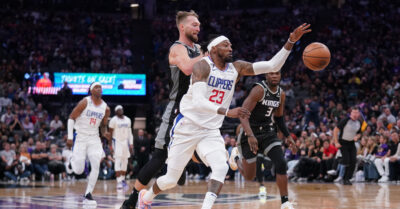 To prevent spam, our system flags comments that include too many hyperlinks. If you would like to share a comment with multiple links, make sure you email [email protected] for it to be approved.
Subscribe
Login
Please login to comment
12 Comments
Oldest
Newest Most Voted
Inline Feedbacks
View all comments

Last edited 2 years ago by RobHessing
3

Donte Greene… one of my favorite Kings that never really made it.

Right there with you. My Mount Rushmore of unfulfilled dreams of players I had a soft spot for might be Greene, Omri Casspi, Joe Kleine and Ricky Minard (I would have bet more than a little money that he was going to be better than Kevin Martin).

I thought Omri was really settling into a good player during his 2nd run with the Kings. He wasn’t incredible, but a 40% deep shooter with positional versatility and really excellent off ball cutting… that’s a valuable NBA player.

For whatever reason Dave Joerger just wasn’t a fan, and his career just sort of limped to the end.

Was it DontÃ© that showed up to camp heavy one year because he thought the team wanted him to play power forward?

I also remember that shortly after this, Bobby Jackson popcorned Donte Greene’s car because he forgot to bring something, and then Donte pulled a big no-no and put dog food and other condiments on Bobby’s car.

I ran into Greene at the Galleria a few years after this and asked him who did it. His response was something like, “It was that fool, Spencer.” I’m guessing it was a team effort (no pun intended) and a few were in on it.

Wow I forgot about a couple of these guys. Fun trip down memory lane.

Admins: I’ve cleared my cache a few times, and I no longer see new comments as yellow. Not sure if it’s on my end or yours, figured I’d just mention it.