I can't remember the last time I was this excited about a Sacramento Kings basketball game, and that excitement is doing an absolute number on my nerves. It feels both amazing and daunting to feel this good about this team. Coming in with the momentum of a three-game winning streak, the Beam Team hosted the Brooklyn Nets for their first nationally televised game of the season. The national stage was set, the lights were extra bright, and the home crowd did not disappoint. Tonight was the Kings' first chance to prove themselves to a league-wide audience. Let's see how they did:

LIGHT. THAT. BEAM!!! Under the judging eyes and pressure of a nationwide audience, the Kings completed their most dominant performance that I think we have seen in the last 16 years. In a rare turn of events, I am relatively speechless at what I just witnessed, but I will do my best to describe how beautiful this game was.

The Good, The Better, The Best, & The Rest

Terence Davis was built for the big stage. His energy off the bench was even more electric than usual, as he channeled all of his chaotic juice into a flat out amazing performance. Davis was the jet fuel for the Kings tonight, as he scored 10 straight points in response to the Nets evening the score in the 2nd quarter. And he didn't stop there. He was everywhere, all night long. Leading the Kings in almost every category, Davis finished with 31 points on 7-10 from the 3-point line, three steals, four assists, nine rebounds, and one very deserving crown.

To prevent spam, our system flags comments that include too many hyperlinks. If you would like to share a comment with multiple links, make sure you email [email protected] for it to be approved.
Subscribe
Login
Please login to comment
145 Comments
Oldest
Newest Most Voted
Inline Feedbacks
View all comments

Last edited 23 days ago by Kosta
7

that kid on the right is AWESOME

lol yes they need to improve this tech

Ladies and gentlemen, I have been to the Great Wall of China, I have seen the Pyramids of Egypt, I’ve even witnessed a grown man satisfy a camel. But never in all my years as a sports fan have I witnessed something as improbable, as impossible, as what we’ve witnessed here today! The Sacramento Kings… are good?

So, the Kings are good.

Kings fans: Everybody step up while Lady Luck thumbs her nose at the Kings again. [beam lites again] We are above .500 and tied for 8th place in November.

Adam Silver: [to Portland] I thought I fixed this thing to pay off this year.

Utah Jazz: [to Silver] It’s been paying off all season. I guess it’s empty.

Kings fans: Sorry? This has never happened to us before. We broke even in November. We’ve never broken even before in my children’s lifetime. We’re not a loser. We’re a break-evener! The Warriors are a loser. See them eating ice cream? You know what this means? It means that my life isn’t so terrible. It’s… It’s so-so! [laughs] Isn’t this great?! [exits]

Warriors: Hey, guys, did the Kings call us a loser?

Warriors: Good. I thought they said, “Leave me some.”

(If you get this, you are probably old!)

So I’m this old

Kings Fans TKH commenters believe that what you come back as depends upon your how good you fan for the Kings in this life. If you led a good life, you come back in an elevated state.

kings fan No, Coach. Uh, more like a Sacramento King, Conversely, if you’ve been a bandwagon warrior fan, you come back in a more lowly condition.” A laker fan

Oh hey, I got a mention on ESPN!

by the way, that philly game came RIGHT AFTER the kings thrashed Dallas by 58 points, 139-81. It was a glorious two game span.

So let’s do that again.

Definitely did not play down to the level and effort of the competition tonight. Glad to see the desire to beat a team down.

No better way to be on national television and have a performance like THAT.

8th place in the west!

Been so long since we’ve looked amazing on a national stage. Such a special night. Now go Artemis!

Damn I had no idea it was launching last night!

Even during the golden era, we never had a regular season performance on national TV like that!

Favorite part of the post game for me… Charles Barkley, “we should call the commissioner and replace all the Lakers games with Kings games.”

I saw.
They conquered.
I came.

Kings offense is elite and tonight they had everything working. Thing of beauty

Atmosphere inside the G1C was electric tonight!

TD3 showed OUT! Unstoppable! Picked up Keegan’s minutes and crushed it!

Those tiny Nets players were not match for Sabonis’ strength!

To cap it off Holmes knocks down a triple and Len throws down a alley oop slam!

That Delly to Len ooop was SO sick then the Holmes 3. The starters were falling down on the bench.

When Richaun hit that three I legit thought I was dreaming. WHAT. A. GAME.

Terence Davis Harris* III
Chuck calling out Shaq all night
Jus the insane energy from EVERYONE
Most points scored since 1993!!!
First TNT game in FOREVER
GODDAMN

For anyone who was there tonight, I am jealous.

BTW, love the Good, Better and the Best column in the recap!
Well done.

Yep! Looking forward to more of these!

Kings are 1 game back of home court advantage in the playoffs.

Does anyone know what medication to take to get rid of a long lasting erection?

You need to put it directly into the beam.

Yep, that’ll do it. LMAO

If you’d like the erection to go away, you can light a match, blow out the flame and put the hot ember on your wrist. And that will focus the brain elsewhere, and you will lose your erection. . .

Take your finger and flick your testicle and if you do that till it hurts, your erection will go away.

Last edited 23 days ago by KingBob
2

Yes, that’s what they told me when I called the Viagra hotline.

We are the 16-year old playoff virgin

Have you ever felt a post-season and it feels like…a bag of sand?

Thanks for your suggestions everyone. I’ve found the cure Last edited 23 days ago by Kosta
3

It’s ok, it will bounce back with that second jump! Just make sure not to injure it because it is fragile!

We’re trying to get rid of an erection. We don’t want it to have a second jump. Not sure what to say about not injuring it because it’s fragile…

why would you take anything?

Fantastic win. Great and succinct write-up Mirann . Hopefully we will continue to enjoy this strange feeling of rooting for a winning team.

I’ve never been happier watching a game! I’m guessing the bandaid is staying all season now… I’m lovin it

I mean this in all sincerity: FUCK IT, WE DESERVE THIS!

aka the second half

I was at the game… HO-LY SHIT…

Glad you got to enjoy it live.

I was in section 117 near the tunnel, great atmosphere and good times

When Kings Fans Met the Playoffs

We won by so much, I had to put in the backup dancers

I have win on national broadcast game 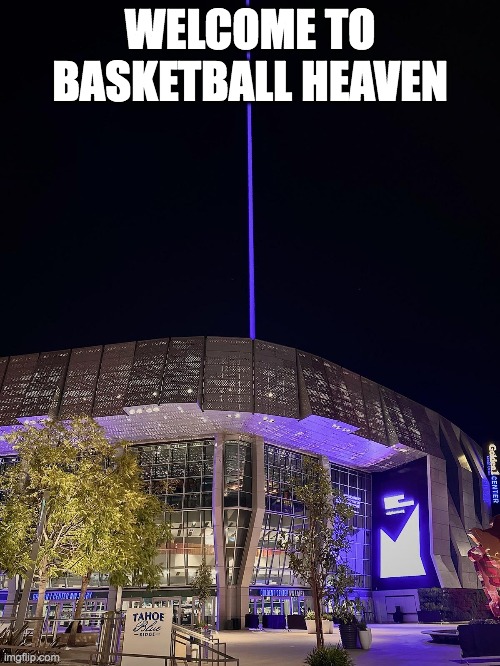 Even Monk is catching on.

Beau Estes, the master rhymer behind the NBA’s TOP 10: