This morning I was catching up on a recent episode of The Lowe Post in which ESPN's Zach Lowe and Kevin Pelton discussed NBA teams in various states of angst. Naturally, the Kings were a topic of conversation. The podcast was recorded before last night's loss to the Timberwolves, but overall Lowe and Pelton felt that the sense of worry in Sacramento may be a bit overblown.

Both pundits were actually upbeat about the Kings so far, highlighting positive advanced stats around an improved defense, a good offense, and the joys of the Haliburton and Holmes pick and roll. Lowe capped it off saying that the Kings look like a team that will be around .500 and in the play-in, and he's not sure why anyone in Sacramento would be worried about it right now when they appear on track.

It's a reasonable argument. The Kings were the 10th seed before yesterday's loss and currently sit at the 11th seed. The Kings won some games we expected them to lose, and lost some games we expected them to win. Those things tend to balance out over time, and as we look at the lay of the land at this point in the season it seems very likely that the Kings will be able to make the play-in.

The Oklahoma City Thunder are currently 10th, but seem likely to slip in the standings as the year progresses. The Timberwolves are right behind the Kings, but appear to be just as messy as Sacramento, even though the Wolves prevailed last night. The path to the 10 seed is pretty straightforward for Sacramento.

So why worry? Why now?

Because the play-in should not be the standard of success. Monte McNair told Kings fans this summer that Luke Walton would be the coach to get the Kings back to the playoffs. Not the play-in, the playoffs.

The play-in has been a huge success for the NBA. Teams like Sacramento foolishly chased the play-in last season instead of trying to improve their draft standing. Combined with flattened lottery odds, very few teams are fully bottoming out anymore. But that doesn't change the fact that the 10th seed is still nothing worth celebrating.

Were Kings ownership and management fooling themselves when they looked at this roster and saw a playoff team? Perhaps. But human nature isn't to look in the mirror, it's to point a finger. If management thinks this is a playoff roster and the team is on track for the 10th seed, they're going to find a fall guy. We saw the same thing happen in Portland this past summer. Everyone could see that the roster construction wasn't that of a title contender, but Neil Olshey placed the blame on Terry Stotts. It's simply how the league works.

But aside from the general disillusionment, there's the simply reality that the Kings are on the verge of setting the NBA's all-time record for longest playoff drought. It's bad enough to have tied the record for futility, the Kings don't want to be sole owners of the dubious distinction.

And the Kings need to breathe life into the fan base. COVID has had a financial impact on all teams over the last year and a half, and continues to impact leaguewide attendance at games, but the Kings are currently sitting 22nd in the NBA in home attendance, sorting by attendance as a percentage of capacity to make it fair. The Sacramento Kings fan base, loyal to a fault, isn't showing up to games. You can say it's because of COVID restrictions, or the financial impacts of the last 18 months, but the reality is that 21 NBA teams are drawing a larger portion of their capacity. If we look at raw attendance instead of percentages, the Kings are dead last in attendance.

Want to get fans to show up? Cut the damn ticket prices. Nobody wants to pay $600 ($750 with food and parking) for a family of four to sit in the lower bowl to watch Food Coma Fox brick three-pointers. I refuse to sit in the cliff-like steep nosebleed seats of the upper deck.

The Kings have the 18th highest median ticket price in the league. They are No. 1 in ineptitude.

Last edited 14 days ago by SexyNapear
19

After 15 years of ineptitude I find it odd that King’s fans still waste their hard earned money attending games. I have two obligated games to go to this season. And then I will “watch” the rest of the games from home. Not worth to go watch a product what I can see at home

If you’ve been kidnapped, respond to this with the letter X in bold font.

I’ll be damned if I’ll allow someone to be forced against their will to attend a Kings game. 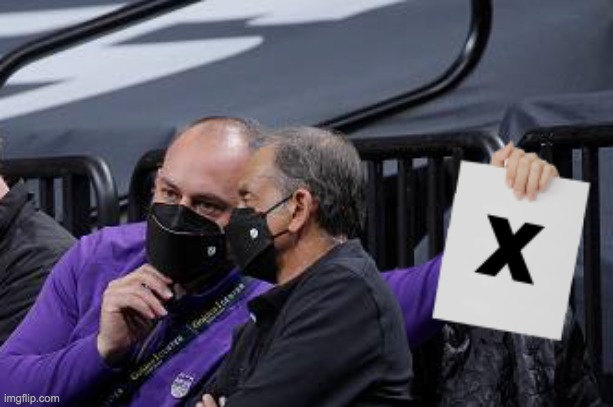