It may be hard to remember, but at one point Sacramento was on top of the sports world in large part to the efforts of those three.

This website and even the Sacramento Kings themselves very literally might not exist if Chris Webber hadn't been traded to Sacramento back in 1998.  No one player has altered the trajectory of this franchise more.

Chris was a reluctant hero at first, famously needing his father to convince him to even report to the Kings, but he soon embraced the city and became the rock on which one of the best and most entertaining teams in NBA history was built around.  From the moment Webber arrived in Sacramento, the Kings became must see television.  Webber was a one-of-a-kind big man, able to muscle you down low, shoot from outside, or dribble and pass like a guard.  There just wasn't another player like him in the entire league and he very nearly led the Kings to the pinnacle of NBA success.

Despite his hesitancy in coming to the city at the beginning, just three years later he was signing a 7 year deal to remain in Sacramento.  That should have been the start of a great and historic run but unfortunately injuries took their toll and cut that run unexpectedly short.  Even still, Webber's legacy in Sacramento is cemented forever as the greatest player yet to don the purple and black.

While Webber was the team's leader on the court, it was Rick Adelman who led those teams as the head coach.  Adelman is perhaps the greatest coach in NBA history to have never won a championship, but his influence was felt around the league for years to come.  Adelman's Kings teams from the early 2000s wouldn't look particularly out of place in today's era.  The passing, the pace, the shooting, all were ahead of their time.

To this day, Adelman remains the only coach in Sacramento Kings history with a winning record, and the Kings made the playoffs in each season he was at the helm.  I'm glad Coach Adelman is getting his due from the Hall of Fame but it's more than past time that he is honored in Golden 1 Center as well.  Put up a banner, name the court after him, he deserves to be recognized in Sacramento forever.

Last but not least, let us not forget Yolanda Griffith, the best player on the only team to ever bring a title to Sacramento.  Griffith was the 2nd overall pick of the 1999 WNBA Draft and would go on to win Defensive Player of the Year and MVP in her rookie season.  Griffith would go on to become one of the best WNBA players in history, with 7 All-Star selections, 5 All-WNBA teams, 2 All-Defensive and one WNBA Finals MVP awards.  It's a shame that the Monarchs shuttered when they did, and Griffith's 33 is not in the rafters at Golden 1 Center, but it damn well should be.

It's been a while since we have had anything to truly celebrate in Sacramento sports, but tomorrow the best and brightest that ever graced our city are finally getting their due.  Congratulations Chris, Rick and Yolanda!

Never heard of any of them.

Three of the all-time greats, in Sacramento, and for basketball in general. It’s fun that they’ll go in together,

This is a great way to look at it.

Thanks Yo for bringing Sacramento a championship!
Love you C-Webb, and miss you Adelman 🙁

A couple of good articles on C Webb are on the Athletic now for anyone feeling nostalgic.

Time for an update to the NBA Jam videogame:

Last but not least, let us not forget Yolanda Griffith, the best player on the only team to ever bring a title to Sacramento. 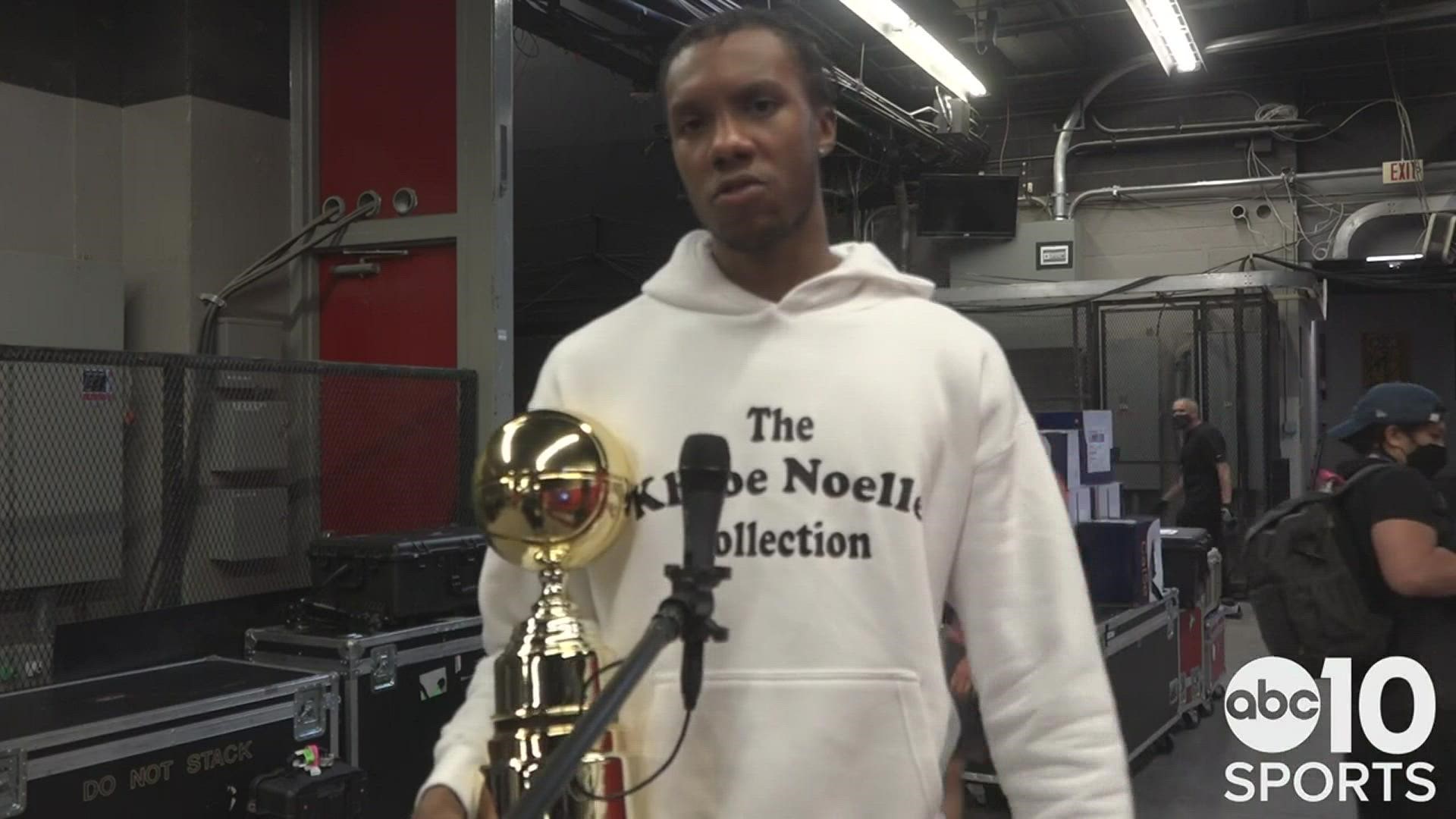 To this day, Adelman remains the only coach in Sacramento Kings history with a winning record…

To this day, Adelman remains the only coach in Sacramento Kings history with a winning season.

For those of you keeping score at home, that’s 8 for 8 winning seasons under Adelman, 0(MFG) for 28 under everyone else.

Ooof. So I’m not saying it will happen, but since it’s clearly the goal to make the playoffs this year, if they amazingly succeed, it will be Adelman and Luke Walton as the only two coaches. Somehow, that just doesn’t seem right…

Though it would be pretty Kangzy to somehow make the playoffs with a losing record and still not have any coach other than Adelman to post a winning record.

Garry St. Jean (’96) and Phil Johnson (’86) accomplished the feat of making the playoffs with a losing record.

I could have told you that was true but actually seeing it written out…good lord. Like how is that even possible?

Last edited 1 year ago by WizsSox
1

Does that mean the Maloofs (insert hopeless sigh) are the best ownership?

Wow Sacs winning years, Houston Rockets Title, Monarchs Title, then Las Vegas Golden Knights. I think I got to give it to them.

Congrats to all three! Well deserved.

Until Duane Causwell gets his due, I’m done with this Hall of Fame nonsense

Last edited 1 year ago by SexyNapear
1

Congrats and well-deserved all around.

Congrats to Chris Webber, the multi-faceted big man who was the engine behind the glory day Kings. The versatility of this guy is mind boggling. He rightfully takes his place in Hall of Fame besides his peers, Tim Duncan and Kevin Garnett. Well deserved!

Congrats to Rick Adelman, the great mastermind whose offensive schemes the rest of the NBA shamelessly stole from and still use. The mark of a great coach is the ability to adapt schemes to maximize the personnel at hand. The NBA Finalists Blazers, the early 2000s Kings with and without Webber, the Rockets with and without Yao Ming (Anyone remember the 22 game win streak?) — each one of these teams had distinct identities but he made it work at the highest level. Well deserved!

Congrats to Yolanda Griffith, an all-time WNBA great that played both sides of the ball & anchored the Monarchs team in their title run. Well deserved!

I am not trying to make a statement here with this comment, and I understand the economics of professional basketball but it still seems surreal that I used to see Yolanda Griffith quite regularly at the Raley’s over by Arco Arena when I lived out in Regency Park and she was on the Monarch’s. Just in Raley’s in sweat pants, nobody paying her any mind… On the other hand, I briefly played in a band with, of all people, Chris Webber’s personal chef, who did all of the Raley’s trips for him I am sure. Just an observation…