In the G League Bubble last season, Robert Woodard averaged 16.8 points, 11 rebounds, 2 assists, 1.3 steals, and 0.7 blocks in 31.3 minutes per game over 12 games. It was a strong showing that included multiple games scoring over 20 points. Woodard wasn't the most efficient player in these games, shooting just 21.3% from 3 and 48.2% from 2, but Woodard found ways to score and to contribute in other ways. Considering the disrupted nature of last season, it was encouraging to see Woodard playing reasonably well even if there were still flaws.

But then came the California Classic and Vegas Summer League, and Robert Woodard just didn't look like he belonged. He appeared sluggish at time, lost at others. He average just 5.4 points, 5.2 rebounds, 0.8 assists, 0.4 steals, and 1.6 turnovers in 14.4 minutes per game. Obviously he was playing fewer minutes, but part of that is due to how unproductive his was during the time he did play. Woodard shot 14.3% from 3, 45.5% overall.

This begs the question, how concerned should we be about Robert Woodard's development, or lack thereof?

Woodard isn't an old player by any means, and there's certainly still time for him to improve. But at 21 years old, it's fair to hope that a second-year player could have had a stronger showing against Summer League competition. Summer League is mostly full of other young, unproven players, and journeymen trying to earn a training camp invite.

It is worth noting that certain players tend to shine more than other in Summer League. Wings and guards who can create off the dribble tend to look better just by the nature of the games. That likely will never be Robert Woodard. It's possible that his poor showing was simply the result of the style of play not being conducive to highlighting his strengths. But the concern remain as Woodard couldn't find other ways to contribute.

There's no reason to believe that the Kings will give up on Woodard just yet. He's under contract two more season with a team option the year after that. He's still just 21 years old. I'd expect that he'll spend most of his time this season working in Stockton, and hopefully we'll be able to look back on this time as nothing more than a blip on the radar.

For now, though, it's fair to be concerned about Woodard until he proves he belongs.

To prevent spam, our system flags comments that include too many hyperlinks. If you would like to share a comment with multiple links, make sure you email [email protected] for it to be approved.
Subscribe
Login
Please login to comment
46 Comments
Oldest
Newest Most Voted
Inline Feedbacks
View all comments

Well, isn’t the level of concern dependent on our’s and the organization’s expectations/need for him to be a key contributor?

I mean, my expectations are pretty low so my concern is fairly non-existent!

Who? He’s a second round bust. No worries. Onto the next prospect

I’m not going to label him a bust. There are no busts in the second round. The kid has played just 45 NBA minutes.

I am young at heart.

Except when I fart.

Last edited 1 year ago by SexyNapear
2

Wait, you actually think Woodard is gonna even play a part in any success for this team. They already jettisoned James and Guy. Wish him good luck in the Euro league. I’m sure he can find success there.

Sorry, not a bust.

Not concerned at all. If you get a single 2nd rd pick to pan out every 3 or 4 years, you’re doing pretty good IMO.

Kingsguru agreeing with 1951 is like the sun rising in the east.

“Tis the East, and Kingsguru is the sun.”

i can do it myself 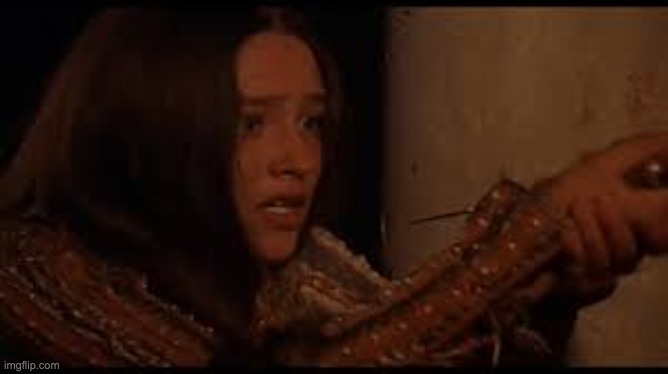 Are you trying to besmirch a lil’ chickie? What kind of despicable low life heathen are you?

Wait a second……….doesn’t the sun rise from the East? It happens every day. I have to agree with Kosta’s paraphrase that Kingsguru “is like the sun” In an earlier iterations I got burned by the “Sun” many times.

Look at those muscles, though. Holy hell.

Come on Monty, trades are still allowed! Do SOMETHING!

The Lakers have agreed to trade Marc Gasol, a 2024 second-round pick and cash to the Grizzlies for the draft rights to Wang Zhelin, sources tell ESPN. Deal saves Lakers $10M. Gasol and Grizzlies will work together on waiver and release to allow him to remain in Spain w/ family.

So Gasol is basically retiring.

A one day contract and a rocking chair?

How does this help the Grizzlies?

Did the L*kers just pay them (maybe 10 million) to take on their salary?

If nothing else, I think it would be cool to see Marc Gasol suit up for one game and officially retire as a Grizzly.

Gasol was only slated to make $2.7M but cost the Lakers over $9M in tax. I’m guessing the Lakers are sending $2M in cash and the 2nd round pick as sweetener. The Grizz are getting a future asset for their cupboard for a few $100K

Grizz get cash and a second round pick —to be used to draft a Woodard type.

I’d rather stay in Spain than be in Los bleeping Angeles, too. And my family is not in Spain.

This can’t get enough likes.

But yeah, Spain is so lovely and would be a dream to live in. I’ve never been to Spain. But, I kind of like the music. They say the ladies are insane there, and they sure know how to use it.

Oh, you have that kind of family?

Because this is just a typical, standard transaction, and proves that both teams have excellent GMs because they, I don’t know, did a thing, I guess.

And now the Lakers have more cap room for another player……

Kangz are wondering if hanging onto a second round pick is worth it. See the difference?

Grant Napear and DeMarcus Cousins?
Dave Joerger and Brandon Williams?
Vivek and Mike Malone?
Vlade and the draft?
BabyGiraffe and food takes?
Greg and marriages?
Rob and pants?
Kings and the playoffs?

so many to choose from!

The concern should be Woodard’s, not the fans’ or the organizations’. The bottom line is that from the Kings’ perspective, Woodard was a mid-2nd round pick–a flyer, lottery ticket, etc., nothing more. If he develops and turns into a true NBA-caliber player, great! If not, it’s no big deal. I hope he succeeds, obviously, but if not, it won’t hurt the team.

I think Woodard was not handled right by the coaches last year. Not a least giving him a chance to suceed even a little’

Meh, he’s a second round pick. It’s not like the Kings wasted a lottery pick on him. If you can just get a bench player to be worthy of a second contract out of the 2nd round then it is a win. His salary is minimal and he could easily be cut or moved if a roster spot is needed for something larger. Play him in Stockton and see if he can excel with major minutes there. Maybe Bjax can turn him into a 3 and D type player.

He seemed to me to be very much up in his own head, maybe distracted, and it kept him from finding any flow with the games.

We’ve seen the guy play, and know he’s got some terrific facets that make him productive. I couldn’t tell you whether there’s a lingering injury, or some kind of mental block, but that definitely wasn’t the RWIII we’ve come to expect.

I had the same take as you did Sims. There was something that was definitely off with him during VSL. The regression of his game was nothing like regression to the mean. On a scale of 1 – 10 my level of concern is about a tiny bit above 0 but less than .025. I feel bad for the guy. Hope he can put whatever has been bothering him behind him this season and regain whatever future in the NBA or wherever his game takes him.

It definitely seemed to be a mental block or something. He was reacting, thinking of everything he should do instead of doing it, so he was always behind the play.

Not concerned but while he’s under contract, and playing in the G league, it would be nice if he becomes serviceable, just in case.

He has never seen that while with the Kangz.

I always wish for a second round home run. At this point, he is an error.
Traded for Tillman on draft day- who gets minutes in Memphis.

Baring a miracle, he does not get it. So serious concerns about him being able to contribute.

…as opposed to most second-round selections.

it is interesting that while the Kings have struck out in the second round they did trade the Gary Trent pick, the Tillman pick and the KJ Martin pick- could have all 3. and they all look like they may be able to contribute. Most second rounders don’t do much, I guess except for the ones we trade.

Not a concern for the Kings ! He is not an NBA player and move on ! Watched several G league games and seemed a small power forward with impressive body and few skills ! Europe or China best chance to earn a living !