Adam Simon, Assistant GM for the Miami Heat, has withdrawn from the Sacramento Kings GM Search. This news comes via The Athletic's Shams Charania.

It's unclear if Simon has had any conversations with the Kings between their statement of interest and his withdrawal.

Earlier today we discussed the lack of clarity surrounding the Kings GM opening and why it could be off-putting to top candidates.

In our profile of Simon we noted that he has previously turned down several other high-profile opportunities. Simon was always considered a long shot to accept the Kings GM role, but his departure marks the second high-profile declination in recent days as Trajan Langdon also withdrew his name.

It was encouraging when the Kings leaked a list of six high quality candidates for the position, but two have withdrawn in recent days and it wouldn't be surprising if additional names withdraw as the process continues.

We'll continue to update as this story evolves.

All aboard the Sachin Hype Train, baby!

Maybe it's just me, but I would be surprised to see Calvin Booth leave a really good program in Denver

Please don’t be Gupta. We neeeeeed this to happen. Please come to Sactown.

Last edited 2 years ago by jdwhit
0

I know that Booth is well respected and well liked by those in NBA circles, but if he’s the mystery one that says no I’m more than happy to say thanks for considering while rushing him out the door.

At least he can sing. 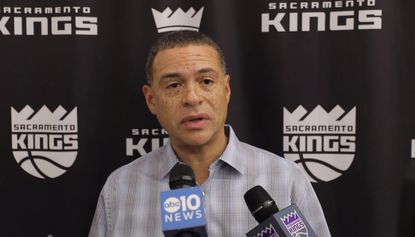 Ha, the crown on his head.

i understand this is nitpicky, but I believe this should be rewritten unless you know more than what has been reported:

The problem with how this is written is another site can link to your article and they can say according to The Kings Herald the Kings leaked the list of candidates.

Yeah, but there were no separate reports of X has been approached and Y too and we just got news that Z is also on the list.

it was the full list, which makes it very likely that the Kings were the source, IMO.

Amick discusses this on CD’s show. Basically they already knew the candidates because they have reporters in each city with connections to the people who received the emails requesting permission to interview each candidate. That is different than the Kings leaking the list even if the Kings ultimately confirmed the names on the list in my opinion.

So why would reporters in these cities sit on such a little scoop and pass it along to another to allow him to compile a full list?

look I’m not going to try guess how the various reporters at the Athletic collaborate on these stories. You’re more than welcome to listen to Amick explain the process to Carmichael Dave on his radio show. But here’s the simple facts: we do not know that the list was originally leaked by a member of the Kings organization. It is not okay, in my opinion, for this site to make that claim unless they have inside knowledge of the situation that has yet to be publicly reported.

That’s not the way I remember that portion of Dave’s show. I thought Sam simply brushed the question aside and was unwilling to pull back the curtain.

Even if that is the correct interpretation did he reveal his source works for the Kings?

The only thing possibly worse would be to re-hire Vlade as GM…?

Touche. Although he did trade IT for Oriakhi instead of paying him 6 mill a year. And went out of his way to torpedo one of the better coaches in the league(certainly the best we’ve had since Rick).

Regardless, with the Kings it’s always shit show at the fuck factory. Garbage in garbage out. 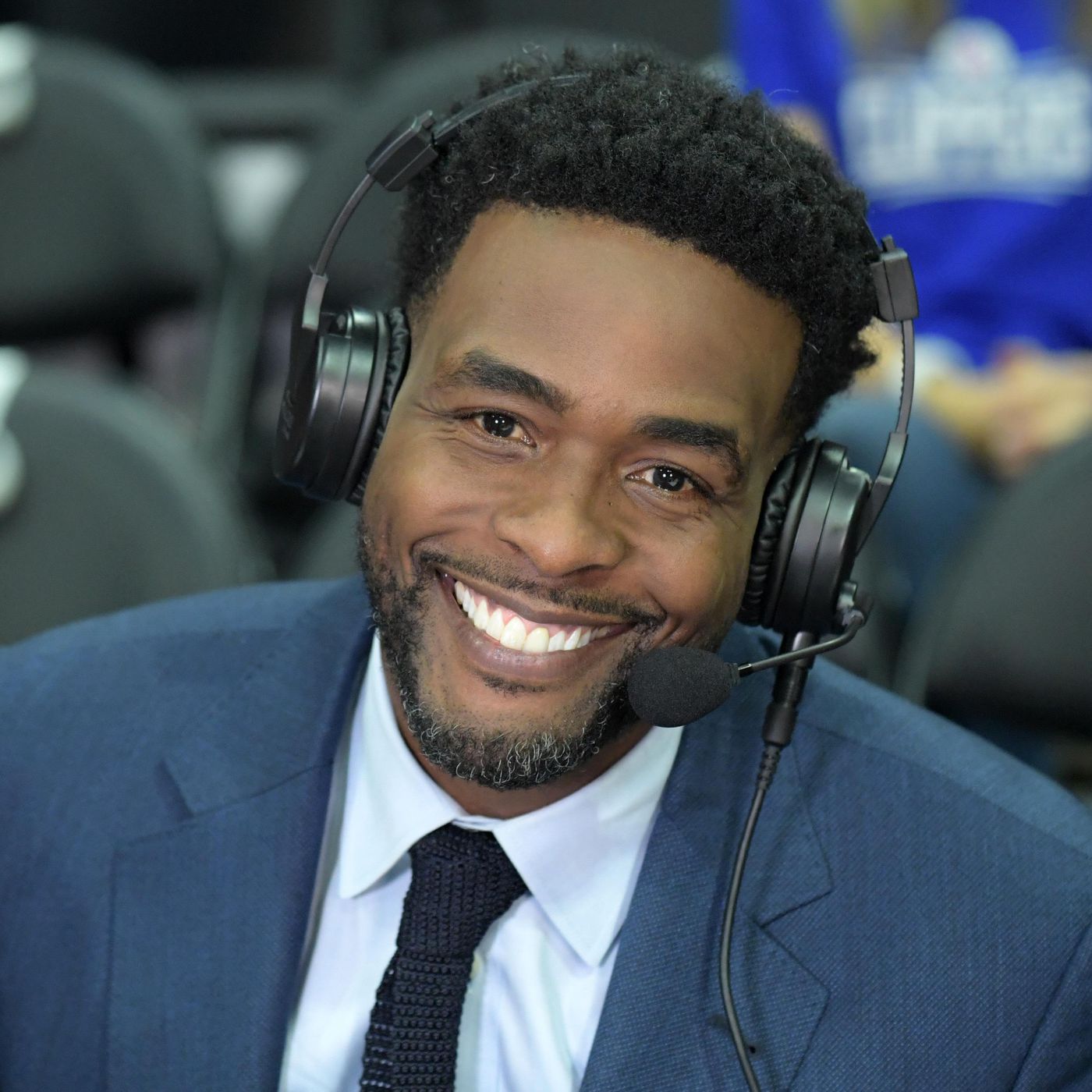 How much is Matina making? Just fire her already for basketball sake!

Add another 6 to the list. Is it that hard?

It’s easy to add six more names; it is harder if you are looking for quality people who fit your criteria.

So you’re gonna reach a point where you add names of a lower tier and end up welcoming back Scott Perry.

Sacramento Kings: “We have a revised list of 6 potential candidates:

So what you are saying is you think that (1) there are only six people qualified to be GM of an nba franchise, and (2) those six people are the list that Vivek scribbled down last week? I think you are forgetting this is just basketball, a sport where all the rules are defined and available to everyone, and the object of the game is known, and there are only 29 opponents. And you think only six people can do that job well? What’s your press release? List of remaining people who understand basketball down to two! Sport might die with them if you don’t clone them soon! Everybody panic, oh no!

Yes, that is exactly what I am saying, in so many words.

Can you give us one name you would add to the list?

Welp! I would bet the next one to drop out is Gupta and that would leave us with Mcnair, Booth and Wilcox. I think those 3 (Langdon, Simon and Gupta) are a longshot to be our GM anyway. Wouldn’t surprised me if Mcnair pulls out as well but I think he and Booth would atleast grant us an interview.. If all of them decides to opt out it looks like it will be Dumars or Perry which totally sucks.

In all honesty, I can’t blame him. Who would want to be associated with our front office?

Last edited 2 years ago by BabalooMagoo
3

Are we the only franchise in sports where our breaking news announces another qualified person won’t come here?

TBFSimon also turned down the Bulls just a few months ago:

That was supposed to be a link to this article

Looks like the picture serves as a link; clicking on it takes you to the article. I still have no idea why it doesn’t simply show up as a link.

Paving the way for GM Dumars……….

Him or Scott Perry. I’ve already prepared myself.

There’s only one true answer to this conundrum: DeMarcus Cousins. He’s not the GM we want, but he’s the GM that our discussion threads need.

Perfect, though breakfast expense could be a sticking point. What say you, Klam?

Can GM’s get technical fouls, or can they only be sent off?

What Vlade did while he was here was at least a flagrant 2.

He tapped it out to other GM’s.

Inspired once again by all of you. 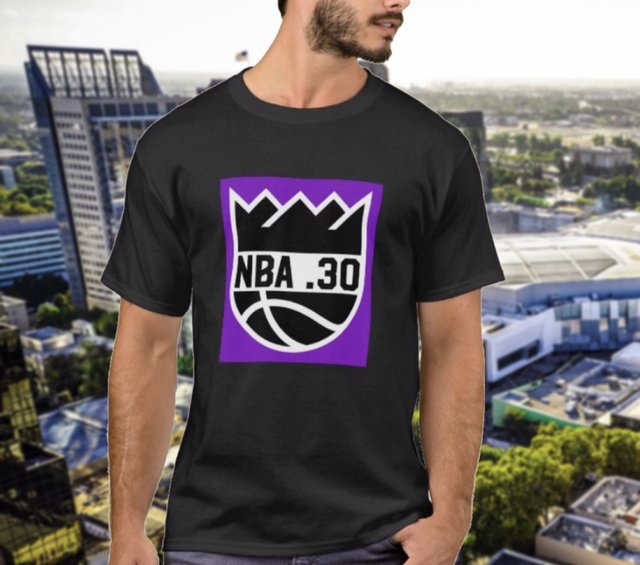 Is this on the TKH store? First person to get a selfie with Vivek while you’re wearing this shirt wins.

Make it official that Vivek is the GM and Matina Assistant GM and get on with the destruction !

Is it me or do some of these GM candidates use this format as a chance to get a promotion or my money out of their existing teams. I can’t imagine that Simon or Langdon really were interested in this job, but maybe its just a negotiating tactic?