It came as a bit of a surprise this summer when the Kings announced that Luke Walton would remain the Kings head coach. Part of that surprise, of course, is that teams rarely feel the need to announce that a coach under contract isn't going to be fired. But it speaks to the expectations among the fan base and the overall sentiment around Walton's performance as head coach.

Walton was hired by Vlade Divac following a 39-win season under Dave Joerger. Since taking over Walton has led the Kings to back-to-back seasons of 31 wins and 41 losses, equivalent to a 35-win season in a normal 82 game season. Last season saw the Kings endure multiple 9-game losing streaks, and for most of the year the Kings had the worst defensive rating in all of NBA history (they would finish the year with the second worst of all time). The Kings also fell short of making the play-in tournament (a modest goal that the Kings still couldn't reach), and saw the franchise's postseason drought extended to 15 seasons, matching the league's all-time record for futility.

And yet Monte McNair decided to bring Walton back for another year. For whatever reason, McNair seems satisfied with Walton's performance. McNair has shown himself to be a patient GM in most aspects, as he hasn't rushed into big trades either. But does Walton get another full season of grace, or will there come a breaking point where the pressure from fans or (more likely) ownership becomes too great?

The Kings, of course, could play well this season and render Walton's job safe. As much as I've criticized Walton, I'd ultimately love to see the Kings succeed.

But if the Kings struggle, can Walton continue to survive on the same excuses? Injuries are bound to happen. Players will likely still miss games due to Covid protocols. But will those excuses keep Walton through another season if the Kings are again playing poorly?

Hopefully the Kings are good and we don't find out the answer to this question. If the Kings struggle, we may get to see how far McNair's patience will go.

Already been way too long.

Ohhhhh….Too Long! Got it. Thanks, Bill 🙂

Last edited 3 months ago by Kosta
3

In Waltons we Trust 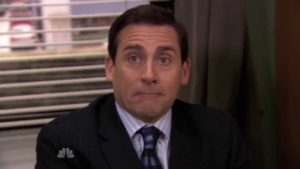 After this season, Luke will only have 1 more year on his contract, now it’s smoother and quieter to make an owner’s contribution call from the new hedge fund owners than individual minority owners to cover Luke’s unique “all my money once fired” contract; and the Kings will probably have missed the playoffs again … so he probably gets the full year but this is probably his last year.

If the Kings are 7-13 or worse after the first 20 I think he’s gone. Or if they start strong and go on an extended losing streak like they did last year.

If the Kings can play .500 ball, I bet he keeps his damn job til the end of the season.
If the Kings are just below .500 by the all star break he may find his seat to be a little more uncomfortable than he’s used to, but they’ll let him try and make a run for the playoffs to save his job.
If the Kings are well below .500 halfway – two thirds of the way to the all-star break I hope the FO pulls the chair out from under him finally.

The Hawks started terrible under Lloyd so they fired him. The next thing you know Atlanta one of the top teams in the league.

Why can`t the Kings have nice things?

They don’t play again until Dec. 8th. It’s almost as if the NBA schedule makers gave the Kings a break in there to practice with their new interim coach Alvin Gentry.