Hey, remember Around the Realm? This was a running feature around free agency of last year, but we kind of fell off the wagon. We're going to work on adding a little more coverage of league events. This may not be a daily feature, just whenever there's league news that we think you may find interesting.

Ben McLemore signs with the Lakers

Former Sacramento King Ben McLemore is signing with the Los Angeles Lakers for the remainder of the season according to Shams Charania.

Ben McLemore's contract with the Lakers is for the remainder of the season, Klutch Sports CEO Rich Paul tells @TheAthletic @Stadium. https://t.co/LIwhQi45a4

McLemore had been receiving interest from multiple contenders according to reports, including the Milwaukee Bucks.

Of course, Kings fans immediately know why Ben probably chose the Lakers, as LeBron has been a supporter ever since McLemore entered the league.

The release of Jeffries has created a paradigm shift in the entire league! We’re relevant again!!!

I mean, I know that the Lakers are losing a lot of games with Lebron & AD injured, but I didn’t think that they were going to tank for draft position. 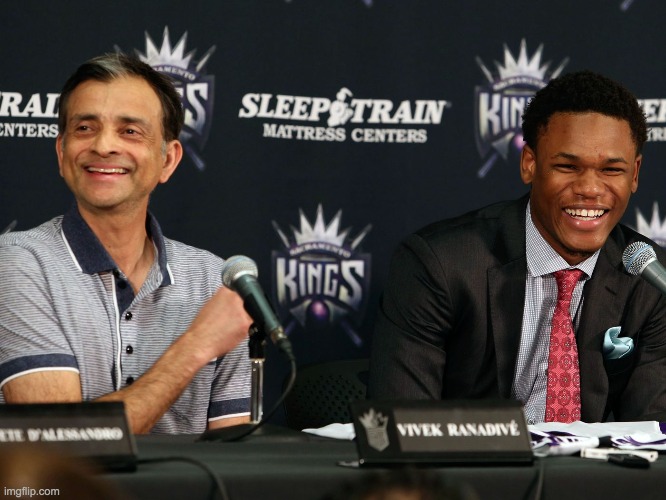 …Just saw that Ben McLemore and Buddy Hield are the same age.

It was not a great draft class. Ben was ranked 34 nationally and 9th by position (Rivals) in 2011 coming out of high school. https://basketballrecruiting.rivals.com/news/new-no-1-in-2011-rivals150
Anthony Davis and Bradley Beal names stick out from the class and they were the top 10. #1 was Austin Rivers ?? In one and done as the new norm. You really don’t get a lot of time to show that you belong in the NBA. Maurice Harkless was in that class at 45.

Some don’t develop in the NBA, yet they are some of the best in the country going into college.

I look at this years March Madness and wonder who are the can’t miss players? I’ve seen most of them in the tournament, but I’m most impressed with the upper classmen, rather than the freshman in the tournament. Even the top bigs, I think will take several years to look like NBA players. They all look skinnier than Bagley. 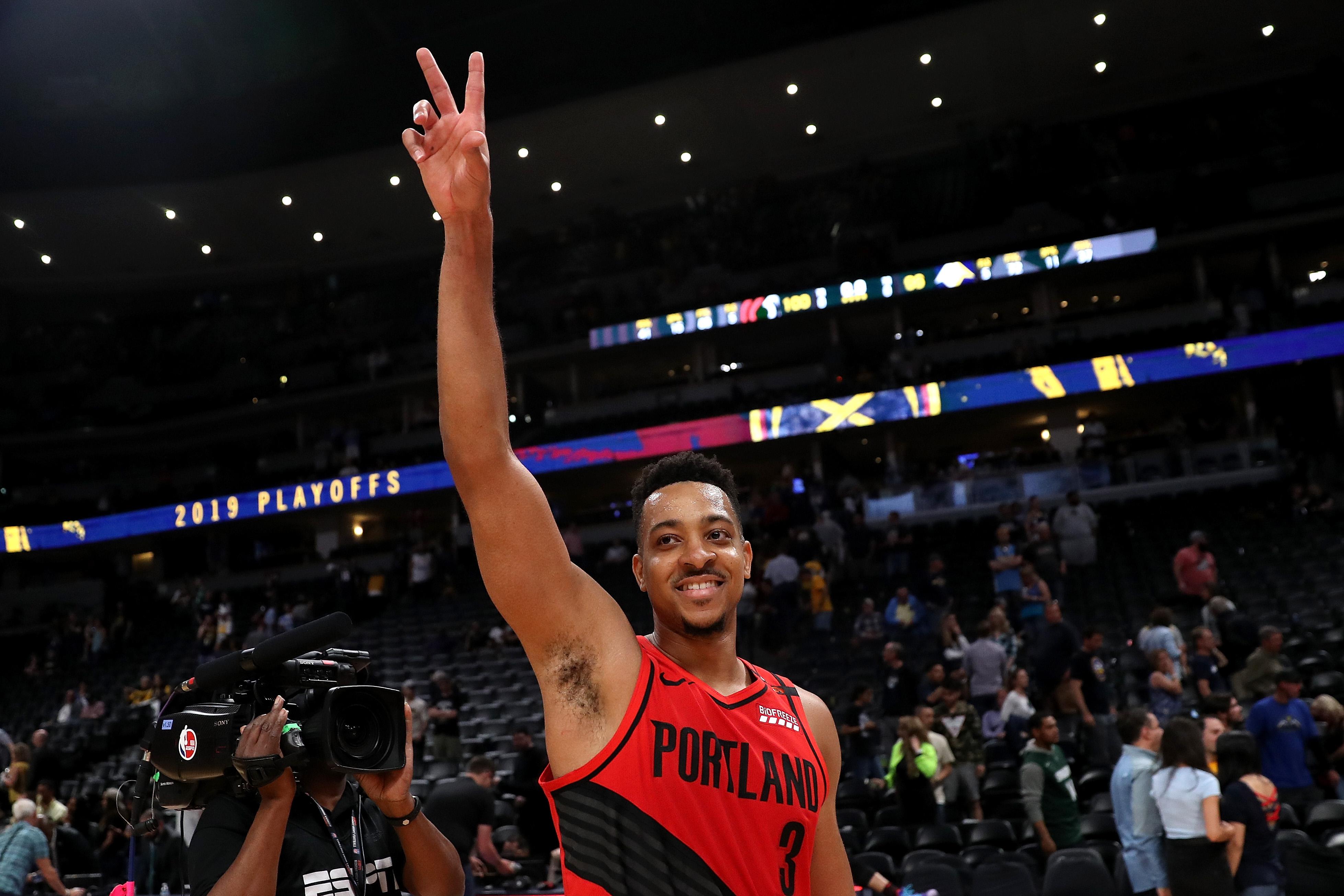 Last edited 1 year ago by RobHessing
4

Never forget, Petrie liked Giannis pre-draft. Just imagine how things could have been different had Vivek not fired Petrie less than a month before the 2013 draft.

In fairness…the only article I saw that addressed this was abt 3 years after Giannis was drafted, and it was Petrie saying he like Giannis pre-draft. Can anyone else vouch for this?

I think Petrie said it in the call-in when he was pissed that Vivek had said things about former employees that Petrie didn’t agree with or thought were untrue. I don’t have a link to it (it might be on the old site), but I think he did reveal that he said something along the lines of advising the Kings to take a close look at Giannis.

Petrie said he liked Giannis, but that doesn’t mean he would have drafted Giannis. It means he thought he was worth looking at.

Petrie had a keen eye for talent, and despite what he says, I don’t believe for a second that with all of the talent still available in the 2011 draft, that he opted for James Fredette. That was a move to sell merch, and had Maloof-stink all over it.

Petrie drafted, among others, Peja, JWill, Hedo, Gerald Wallace, Kevin Martin, Tyreke, Cousins, Whiteside, and Isaiah Thomas, among others, and often with non-lottery picks. I just don’t believe that he woke up stupid one day in 2011, and landed on a slow, unathletic, poor-defending shooter from a mid-major conference.

Petrie’s draft record seemed to decline at roughly the same time as the Maloofs’ net worth. I don’t believe that this is mere coincidence.

And man, I can only dream we get another talent like Kevin Martin at the spot he was taken at. (26th)

Petrie really was among the first to mine the international market, and with Martin, knew that there were gems to be found outside of the blue blood schools.

Western Carolina! I lived in North Carolina for a few (long) years and had no idea such a place existed.

Because of things I’ve heard, I don’t think the Maloofs ever interfered or told Petrie who he should draft. I think that when the Maloofs were struggling financially, Petrie changed his draft strategy because he knew he might not be able to spend in free agency. Petrie discussed drafting Thomas Robinson because he wasn’t sure he’d be able to pay to keep Jason Thompson (that sentence makes me very sad). He’s also said in the past that they made trades for cash because they needed to help their own operating budget at times. So yeah, I think it’s fair to cut Petrie slack at the end, because finances became too big of a factor, but I also don’t think the Maloofs ever directed a draft pick.

I heard that in June 2018, Vlade really liked Luka Doncic and was going to draft him, and then on a whim decided to be a fucking idiot and chose Bagley.

That’s what I love about photos … at that literal snapshot in time, the future was still bright for Ben and the Kings.

Is there an NBA version of the NFL’s Wonderlic test? If not, the Kangz should develop their own and have every draft prospect take it so they can figure out who the next Ben McLemore is and not draft him.

I’d just put them behind the wheel of a car with a manual transmission. If they can’t drive it, they’re out.

I’m so grateful that my Dad taught me how to drive a stick. Really came in handy on several occasions.

You’re gonna eliminate a lot of people that way. I think the number of people who can drive stick is dropping dramatically these days and it isn’t based on intelligence.

Hopefully our tank is an automatic.

A center-sized center, who is presumably more mobile than Whiteside. I hope he gets minutes helping Holmes with some of the bigger boys in the paint.

Positive. This word confuses me, what does it mean?

Yes, that is a good development.

On the other hand, it seems that he’s the point of attack for opponents, recently. I would be curious to see the defensive stats since the lineup change. I would think that swapping Bagley for Tyrese should have helped.

I think opponents previously could take their pick between attacking Buddy or Bagley, and now they have primarily Buddy as their point of attack. On the other hand I think our rebounding has suffered a bit, so we may be giving up more second-chance points and getting fewer ourselves.

The only feelings left for me regarding this franchise are skepticism, disdain, and hatred. I sort of watch the games, but whatever happens on the court doesn’t make it past those filters.

I feel like being stuck hate-watching the Sacramento Kings is both terribly unhealthy and strangely necessary.

I agree. With all of it.

Last edited 1 year ago by andy_sims
0