Tyrese Haliburton doesn’t know much about Sacramento. Being from Wisconsin he hasn’t been able to spend much time in California, but he does consider himself a historian of the game of the basketball. Because of that, even though he is just 20 years old, he is well aware of the Sacramento Kings of the early 2000s. On his media Zoom call following being drafted by the Kings with the 12th overall selection in the 2020 NBA Draft, he rattled off the starting five of the 2002 Kings squad that took the Los Angeles Lakers to the brink of the Western Conference Finals - he was two years old then.

The 6’5’’, 175-pound guard out of Iowa State takes basketball seriously, and when asked about how most across the league praise his “feel for the game,” he said he considers himself a student of the sport.

“I spend a lot of time watching film. Doing the little things that some people might not want to take the time to do. I love the game of basketball and I’m invested in it with my whole heart,” he said. “Now that I’m in the NBA, some people think it’s the time to be satisfied, but nah I’m ready to get to work. I want to compete, I want to win games. So I’m ready to get after it.”

His court vision, passing abilities, ability to play off the ball and defend seems to back this up. Haliburton averaged 15.2 points, 6.5 assists, 5.9 rebounds, 2.5 steals and shot 50 percent from the floor, 41 percent from three and 82 percent from the free throw line last season for Iowa. When the season concluded, those stats were good for sixth in the Big 12 in scoring per game, second in FG percentage, first in assists, first in steals, and third in three-point field goal percentage. He was named All-Big 12 Second Team honors,  NABC All-District 8 Second Team and earned Big 12 Player of the Week honors in 2019 and 2020.

Given this across-the-board production, it was a little surprising to see him fall in the draft Wednesday night. Most mock drafts had him slated to go in the 6-10 range, but the Kings snatched him up at 12. Haliburton was asked about falling in the draft and he said he wasn’t surprised because he kind of knew what was going to happen. He followed that up by saying he isn’t concerned about it and is just glad to be part of the Kings organization.

“We were just waiting to see who wanted my services, who felt like I was the perfect fit for their organization and for a while Sacramento has said that they thought I was a perfect fit, that they felt like I’m one of the best players in the draft so you just want to go somewhere where you’re wanted,” he said. “Obviously, coach [Luke] Walton and the rest of Sacramento’s organization, they feel like I am a great fit here and I feel the same as well so I think it’s the perfect fit.”

About that fit, Haliburton likes the idea of sharing the backcourt with De’Aaron Fox.

“If anybody really knows me as a basketball player they know I work best with another great guard alongside of me and obviously, De’Aaron is one of the great young guards in the NBA today. I think we’re the perfect fit for each other,” he said. “I think we both just want to play fast, get up and down and really push the tempo. You hear teams talk about wanting to push the tempo, but we’re two guys that will push the tempo. So I think us two together are the perfect fit. I think we’re both guys who are going to compete hard defensively and score the ball offensively so I think we’re going to work perfect together.”

The same goes for Buddy Hield.

“I think in Sacramento, we do have a great young core. Obviously in the backcourt, with us three I think is great. It’s the perfect set up for me. I really am great around shooters, obviously, Buddy is knock down and then being with someone like De’Aaron who wants to compete, wants to push the tempo is showing up every game,” he said.

The new King is excited to start his journey in California and is looking forward to learning more about the city of Sacramento and “calling that place home for the rest of my career, hopefully.”

Jerry would call him a Tynado the first time he spins under the hoop.

When Fox & Haliburton are in the backcourt, they could be called the “Bush adminstration backcourt”.

I am hyped we got Tyrese Haliburton. Welcome to Sacramento young fella! Hope it can be your home for a long, long time.

Fox and Tyrese running up and down the court? Hopefully Walton doesn’t screw this up. This next season should be hella fun to watch.

BREAKING: Walton starting Hield at PG, Fox as a “counter-intuitive SG,” and Haliburton backing up Barnes at the 3 to “keep opponents off-balance.” When asked if he honestly thinks this plan will work, Walton replied he will need to watch a few games, then look at the tape.

I truly wish we had a coach capable of building up young players with potential.

This was a damned-near perfect draft, I’m looking forward to watching all of these guys next month.

I loved our draft. So refreshing to finally have a draft that makes sense from top to bottom.

Do we know if he can coach too? Because we should have an opening soon.

Well, unlike our current coach, he doesn’t talk like he’s stoned all the time, so that’s a start.

Did he just say he wants to be in Sacramento his whole career?

I love him already.

Jerry would say, “and Tyrese with the Hali-oop!”

Psyched with the draft. Now gotta figure out the Bogi situation. I was starting to get excited about Donte. Guess we’ll have to wait and see what develops.

I know its just because I get hyped so easily but…

Trade Buddy,Bogi and Cojo, I’m down for an entire season of Fox, Haliburton, Jahmius and Guy as the guard rotation.

I’m seriously OK with this idea. Buddy’s timeline doesn’t fit the rest the team’s true young core (Fox, Bagley, Haliburton). By the time this core is ready to really contend (assuming it works out), Buddy will be over 30 and wanting a new (probably inflated) contract. Trade him this season for picks/younger talent.
EDIT: GSW needs a high-caliber guard to replace Klay. Is Buddy or Bogi the answer?

Last edited 3 months ago by AmateurNerd
0
0

That would likely mean taking Wiggins back, tho…

Would have preferred Kira Lewis cause I’m a Bama alum but I like this pick. BPA and at a solid value. Should be good.

I think there was no other reasonable choice with Haliburton still on the board, but Lewis running with Fox? Lawd.

Been a Kings fan from the midwest since 2011 when we drafted IT. I know this is posted late and won’t be seen by many, but damn we got a really fun and exciting player in Tyrese. I’m a cyclone so I know I’m biased, but man do I truly enjoy watching this kid play ball. EVERY NIGHT this guy goes out and plays basketball with a fun energy that I haven’t seen in any basketball player in the NBA. When they compare him to Magic, realize it isn’t mostly just in skill set, but in the way he makes the game feel like like a fun thing to watch. Ya’ll will love watching him and feel the joy of basketball again, I guarantee it.

That sounds nice. The only way I see it happening is if Walton lets Gentry coach the offense (though I assume that’s 1 of the major reasons why Gentry was hired).

Gentry’s main role will be to revive Walton when he passes out from choking on his own spit.

I don’t care what it pays, I wouldn’t do it.

wanting to be in sac – warning signs

The last guy in Sacramento I’ve heard about that loves watching game films was Lose Alton, so let’s see if this time is different with a different guy 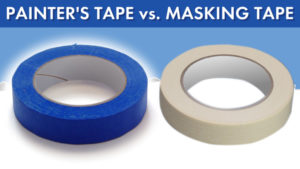