The contract details, according to Keith Smith:

Chimezie Metu got part of the Non-Tax MLE from the Sacramento Kings on a three-year, veteran minimum deal.

Chimezie Metu and the potential long-term contract McNair signed him to is akin to a shot in the dark. Metu is your classic project player - young and unproven with some legitimate upside considering his raw athleticism, and if he works out, the Kings have him under a minimum contract for three years. If he doesn't, they can move on with minimal repercussions.

This is different (and in my opinion, preferential) from the one-year contract McNair handed Glen Robinson III, for example, because if GRIII produces for Sacramento next season he can leave for nothing the following summer, essentially using the Kings as a launching pad for his next contract. In Robinson's case, despite the fact that he's likely the better player right now, I'd much prefer to see those minutes go to longer-term wing projects like Robert Woodard or DaQuan Jeffries.

In Metu's case, any minutes he earns or development he shows can help the Kings both in the short term with his production, and the long-term considering the team controls his NBA destiny for the next three years. For that reason, I would consider signing Metu the best move McNair has made in free agency thus far. The Kings are an organization that should be taking these sorts of low risk, high reward gambles on young players that may have failed or lacked opportunity elsewhere.

Metu was drafted out of USC by the San Antonio Spurs with the 49th pick in the 2018 NBA Draft, but has only played 250 total minutes in his professional career to this point. He spent most of his two season in the NBA with San Antonio's G-League squad, the Austin Spurs, and put up some impressive numbers last year in that setting: 17.9 points, 1.6 blocks, 2.5 assists, and 8.8 rebounds on .549 shooting from the field, and .379 shooting from 3.

Of course, G-League numbers are G-League numbers. Players like Metu are expected to produce there, but his line is more encouraging than discouraging, so we'll see. His NBA success is a long shot to be sure, but at 23 years old, it's a smart gamble by Monte McNair and his staff. 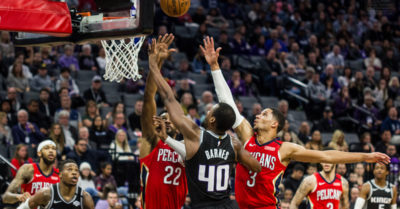 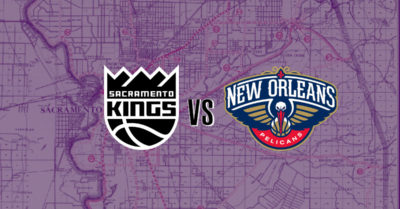 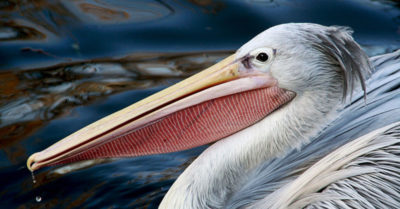 This is one of the names that the smarter guys have been throwing around in here since the draft. And you’re absolutely right, big swings at guys who won’t make a ton of dough are definitely the way to go for a rebuild. I’d love to see Stockton’s roster full of guys like this.

Honestly, from the little bit I’ve seen him play, he’s probably a better prospect than Giles….

His highlight reel is what Harry’s would look like if he did not have bum knees.

The only thing Harry can do better than Metu (as far as I can tell) is pass.

But Harry’s passing ability is overrated (by likes of Jerry Reynold on the last Kings Herald Podcast) bc of his propensity to throw high risk passes.

Just for kicks I looked up Metu’s A:TO and it is 23:25, same as Harry. The point is Harry’s skill as a passer has not translated into effeciency.

Metu is the equal to better prospect with the better team friendly contract terms.

Minus the injury history, which makes him a better future asset, imo.

every bad pass is a turnover, but not all turnovers are bad passes. Giles actually had a lower bad pass% (2.3%) than Fox (3%)had last season. I agree that Giles general carelessness somewhat offsets what he adds as a passer, but he was still a really good passer for his position/age. NBA.com has an ADJ Pass% that’s essentially the percentage of total passes that lead to an assist, hockey assist, or free throws, . By that metric, Harry had the 8th highest percentage of productive passes for Centers that made at least 500 passes last season.

That is a fair point but I do not put a lot of credence in that stat. Are we to believe that the pass that leads to the pass (hockey assist) is credit to the original passer? Or that the passer is credited for the recipient drawing a foul? I think that may be a little statistical overkill.

Ideally Harry could be a high post center if he develops enough where he can stay on the floor defensively.

When I think of a high post center I think of Bam Adabayo. I will leave it to you to tell me his ADJ Pass% (if you want) but his ASST:TO is 1.8 almost double Harry.

Even a guy like Willie has a good ASST:TO of 1.6 over his career but you can see this has not been enough to solidify his value anywhere.

Harry does good job of finding cutters but what he did not do well is trying to thread the needle when the passing lane is not there. That is not a mistake Bam or Willie often make.

I would suggest that stat would not hold at higher minimum. Harry was not capable of playing extended minutes because he cannot guard anyone. So over 500 passes, he disappears from the leader board bc he is not good enough to stay on the floor.

In fact, I would assert that even if he were a 2:1 assist to turnover rate, he would still stuggle to carve out a niche in the league until he proves he can guard more than the 14th or 15th man or the 3rd string center.

I don’t see why you’d put more credence into Assists per TO (e.g. Moving Screen/Offensive Foul/Stepping out of bound/Bad Pass/Double Dribble/Traveling/Etc.) as a passing metric than you would a stat that quantifies the percentage of total passes which lead to points being scored.

ASST:TO is an imperfect passing metric but it is a good metric of passing AND overall decision making bc it accounts for situations in which you are pressured into making or not making a play. Maybe I should say ASST:TO is a superior metric for passing and handling.

I am not sold on a metric that seems like it rewards you for making fundamental plays. It would seem like your rating for ADJ Pass% could have to do with the type of offense you run and how many ISO players you have….

Let me look at the stat….

Okay, so Skal rank 10th in the stat you cite. To me that diminishes the value of the statistic. Skal is NOT a special kind of passer, he is just going to hand it off safely and make the fundamental pass.

Lets not pretend Skal is a special passer.

Bam does rank #2, which is where I would guess him to be.

Mason Plumlee is ahead of his former teammate Nikola Jokic according to this stat. Are we then to trust this stat as a superior metric? Most fans and observers would say Jokic is the best passing big in the the NBA.

By contrast Jokic is 2.3 ASST to TO versus 1.9 for Plumlee, which confirms what the eyeball test would tend to affirm. Jokic is more effecient and dangerous with the ball in his hands than Plumlee.

If you change the minimum number of passes, then our new center Chimeize Metu would rank 7th, ahead of Harry and Anthony Davis!

I dont think Metu is known for his passing ability but he did play on the Spurs which have a passing offense which probably inflated his ADJ PASS % artificiallly.

Both the stat you cite and one I cite are imperfect to evaluate passing skills, if you want to say yours is superior I am not going to argue it, other than to make the aforementioned observations.

thanks for writing this up… but this sounds like. Marvin Bagley

young and unproven with some legitimate upside considering his raw athleticism

I’m not sure what the problem might be in having athletic guys with legit upside under contract. It’s not like we used the #2 pick on him.

It seems like this is the perfect season for the Kings to use their G-league affiliate in Stockton, the problem is, I’m not sure how it’s going to work with COVID. Are players going to be allowed to go back and forth from the G-League squads to the NBA squads?

How is the G-League even going to work this year with empty arenas?

Yea, that sounds like an infectious disease nightmare. Hopefully the vaccine comes in quick and that we can put COVID behind us.

I think it is going to be a logistics and economic nightmare for the G-League. They don’t get to travel in chartered airplanes like NBA squads and there is no way those teams are going to turn a profit with empty arenas. They don’t have TV deals the NBA.

Part of me wouldn’t be surprised to see them shelve the season.

Maybe the G league becomes a couple AAU-style tournaments in centralized locations. Each tournament its own mini-bubble with a mini-quarantine period beforehand, and with the ability for players to leave that bubble during the tournament, but not to return into it. A semi-permeable membrane of sorts.

That’s not a bad idea.

Put it in the book and send him to the line!

This is a nice signing. The multi-year non-guaranteed makes it a fantastic lottery ticket. Metu is a great athlete with a serviceable shot who moves the ball and creates events on defense. His downside is that he tends to play out of control and, as such, make some really questionable decisions. If he learns to play within himself more, he could be a serviceable, switchable big. Which would be great to have on that contract.

When I hear a player was dropped from the Spurs I can’t he’ll but think he’s not that good…. 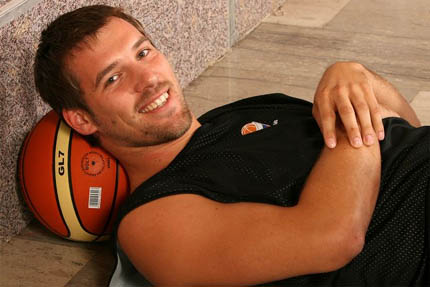 I did not expect that!

I wish I could rec this more than once.

Best signing …I agree. Super excited about this guy. His highlights are incredible.

[…] The flexibility continued with the free agent signings McNair made. That includes the one-year, league minimum deal with Hassan Whiteside, a one-year, non-guaranteed deal for Frank Kaminsky, re-signing DaQuan Jeffries for two years and $3 million, signing Glenn Robinson III to a one-year deal, and Chimezie Metu to a three-year, veteran minimum deal. […]

If only we could also sign his fmr. teammate Jordan McLaughlin. Those G-League stats were better than I expected so count me as “cautiously optimistic”.