The NBA's Orlando Bubble is in full swing as the league heads toward resuming the 2019-20 season on July 30. It's been a fairly smooth transition for the Sacramento Kings until Monday afternoon when Richaun Holmes revealed that he accidentally crossed the Disney Campus line and technically popped the Orlando Bubble.

After the initial quarantine period, I briefly and accidentlaly crossed the NBA campus line to pick-up a food delivery.

I am currently in quarantine and have 8 days left.

I apologize for my actions and look forward to rejoining my teammates for our playoff push.

You can file this under bad-news-that-could-be-worse. The good news is that Richaun Holmes will be out of quarantine before the Kings resume their quest for a playoff spot. The bad news is Holmes will be missing incredibly important and very limited practice time.

It's unclear exactly how Holmes will be quarantining, but it's safe to speculate that he'll likely be stuck in the same hotel rooms all NBA players had to quarantine in when they first arrived inside the bubble, which severely limits Holmes' ability to workout and train for the next 8 days.

In somewhat related news, ESPN's Dave McMenamin tweeted this quote about the Bubble food from Richaun Holmes on July 10.

The Sacramento Kings’ Richaun Holmes during a Zoom session from the bubble today: “I’ve seen complaints about the food, I’ve been good down here. I would just say, thank y’all for the food”

Apparently the food was not good enough.

It's also possible that this was a sabotage attempt from fellow bubble playoff hopeful, Phoenix Suns forward Kelly Oubre. 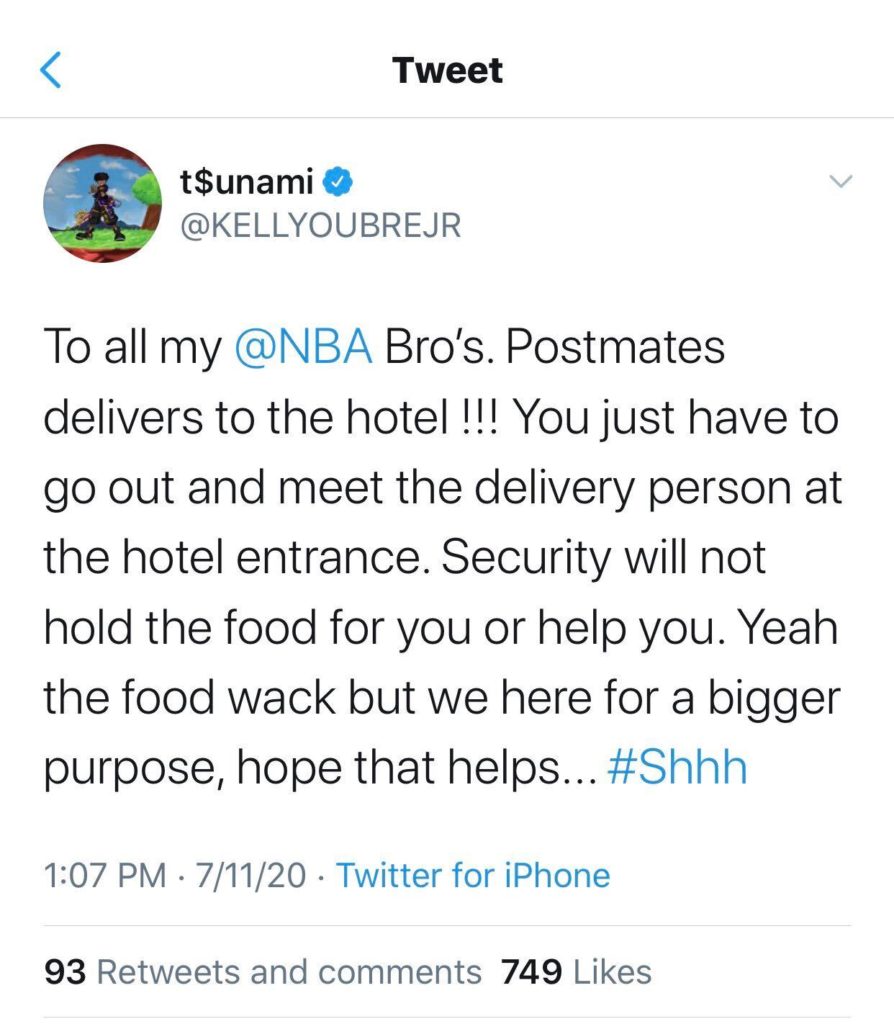 Kelly Oubre has since deleted the above Tweet, later adding:

Richaun Holmes' mother, Lydecia, provided her son with an all important reminder:

On a serious note, this is a frustrating and self-inflicted step back for the Kings. As NBA players continue to learn how to live inside the bubble, I'm fully expecting more bizarre stories like this in the coming days.

“We can all forgive him if it turns out that Holmes discovered a way to get Firewings delivered to Florida.”

I tried to order firewings on Saturday for the first time (I live in the Bay Area), but they closed their location like 10 minutes before they were actually supposed to be closed for delivery on doordash. I was kinda bummed.

Was the AM/PM still open?

The ampm in my town is actually a combination Popeye’s, so I would usually just go there if I was hungry while getting gas. And the 7-11 is closer, so I typically go there. Their pepperoni pizza is actually pretty decent, and affordable. I’ve only needed gas twice since March though, so I haven’t been there for a while.

ð¼ Love those weiners from Popeyes!

I wish you would do an interview with Guy Fieri where he’d try out a Rordog ¢. Those things would be an overnight sensation if given some exposure.

people definitely experience an overnight sensation after eating one!

You only cross the line for your MOMA’s COOKING! AND I WAS NOT IN FLORIDA SIR!! #lol @Rich_Holmes22. Love you baby!

His toe was on the line!

No excuse, this is dumb.

No matter how much rules there are, no matter how unclear or confusing, you learn them and err on the side of caution.

If the Disney parks expect every guest to follow their safety rules, they are in for an unwelcome surprise.

Just the other day on Disney World, some guests were brought to the health clinic in the park. They stated that she had intense vomiting and COVID type of symptoms.

Streamers came down with COVID-19 symptoms at Disney, returned the next day (updated)

They refused visiting the hospital.

Last edited 1 year ago by RobHessing
6

Not sure if I’d trust Disney to handle this.

This is not about the Disney parks, this is about the NBA, and Holmes could have expected that every infringement would lead to consequences. so the unwelcome surprise falls on him and the Kings.

Uh……I know you weren’t talking about the parks. I was just bringing up how the parks are reopening during cases surging….that’s all. 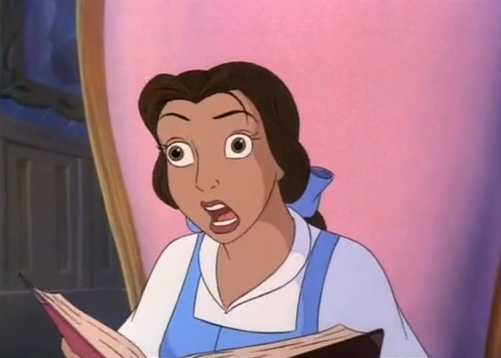 Mitch Richmond’s presence is surely felt around the organization.

Wait, hasn’t he been hanging with other players since he got the food? What is the timeline here? Was he “caught” in the act and then quarantined, or did he do this a few days ago while still heading to practice?

And now for something completely unsurprising:

SMH, this isn’t going to work.

We’re likely going to be watching G-League teams battle it out for the finals, unless it spreads as fast as it is in the rest of Florida. In which case, it’ll be teams comprised of 30yo who are former mid-major walk-ons.

G-League teams? WE HAVE A CHANCE.

Exactly my thoughts. How Kangz would it be if the Kings won a championship because all the star players come down with the virus and are eliminated from the playoffs? Would the championship have an asterisk next to it? Would Vlade’s job be safe? Would Walton’s? Would Kings fans care?

Even though he’s our guy, I feel as though the NBA should make an example out of him: 8 game suspension.