Monte McNair may have retained head coach Luke Walton after a bumpy sophomore season in Sacramento, but for the second straight offseason it appears as though Walton's coaching staff will undergo some fairly significant changes.

According to ESPN's Adrian Wojnarowski, Kings assistant coach Rex Kalamian is leaving Sacramento to join Dwane Casey's coaching staff in Detroit. Beyond that, we don't have a ton of details.

Luke Walton also lost Bobby Jackson from his player development staff last month when it was announced that Jackson would be taking a head coaching position with the Stockton Kings, and last offseason the Kings had to replace Igor KokoÅ¡kov with veteran NBA coach Alvin Gentry.

Coaching staff turnover is fairly common in the NBA, and Kalamian has a prior relationship with Dwane Casey from their time in Toronto together, so this isn't a terribly surprising move, but it does leave the Kings with a pretty big hole on their coaching staff.

Rex Kalamian came to Sacramento with a great defensive reputation, and was often credited for coordinating the Raptors and Clippers defensive improvements, but we didn't see any of that in Sacramento. I'm not going to lay blame on any individual member of the Kings' coaching staff for Sacramento's defensive incompetence  we just don't know who controls which decisions and to what degree  but a new defensive coordinator in Sacramento wouldn't be the worst thing in the world. They're already at the bottom, so it can only get better from here. I think.

Good luck to Rex Kalamian in Detroit. And let's hope that whoever the Kings add to Luke Walton's coaching staff next can make a real positive impact on team defense.

Shouldn’t have any real impact on the defense.

It will be good for Rex to be able to coach CoJo again in Detroit. Hopefully he will be empowered to fully utilize CoJo in a way that he wasn’t able to in Sac, since CoJo was buried on the bench under Walton.

Deservedly buried on the bench.

Great, I can already see the excuses: “Last season, Rex really laid the foundation for the defense to take big step this season. And now we had to learn new schemes under Henry Bibby.”

“What the fans don’t understand is that it’ll take a season before the new defensive concepts take effect, so it would be unfair to judge Walton on the results before the 2022-23 season. Also, if you didn’t play professional basketball, you’re not allowed to have an opinion.”

Luke: I’m happy where we’re at with our coaching vacancies.

This verbal defense is the most effective defense the Kings have.

The Kings wouldn’t be much worse if they played actual verbal defense on the court. “Please, superior opponent, I ask you kindly not to score on this possession, as you are already up by 30. Please. Please. DAMMIT I SAID DON’T SCORE. Dammit, you scored.” 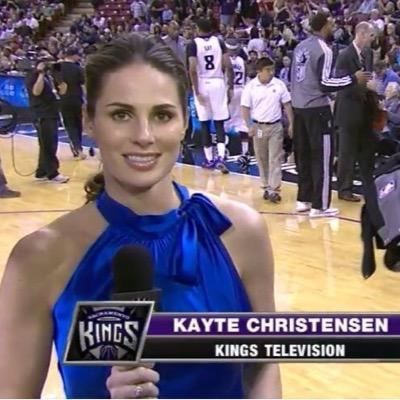 Last edited 1 year ago by Gregoryl
0

“I understand fans expect results now, but they simply don’t understand that in order for any coach to be successful they need at least 5 or 6 seasons to build a foundation and culture. Once that’s in place, they can start implementing their playbook. So, it’s really not until year 10 of Walton’s time with the club that fans should start looking toward making a run at the play-in.”

It’s scary how true this quote may become.

As I’ve said many times, if it takes that long to implement a scheme you either have the wrong players, the wrong coach, or both.

Vivek and Co are such moronsVan Grundy fires after only 1 year. I’m sure they owe him plenty of $.

Meanwhile Walton signs a lifetime contract based on nothing but losing.

The Kings are the worst, most stubborn, ego driven team in sports.

I really wish there were Glassdoor ratings for NBA teams’ basketball ops.

FWIW, they have a 3.8 Glassdoor rating.

“Hello Rex. Would you like to renew your contract to stay with the Sacramento Kings?”

Fly away little bird, be free. 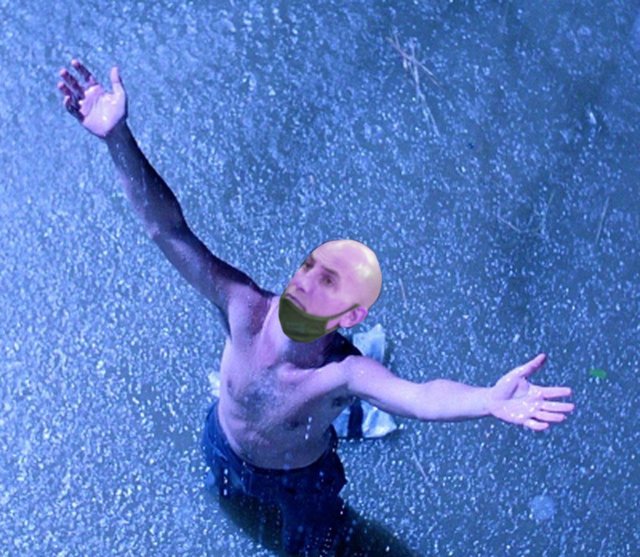 “They’re already at the bottom, so it can only get better from here. I think.”

“I think” was a wise addition. On paper, the second worse defense of all-time may seem like the bottom, but hey now, we ALL know that’s a false bottom. 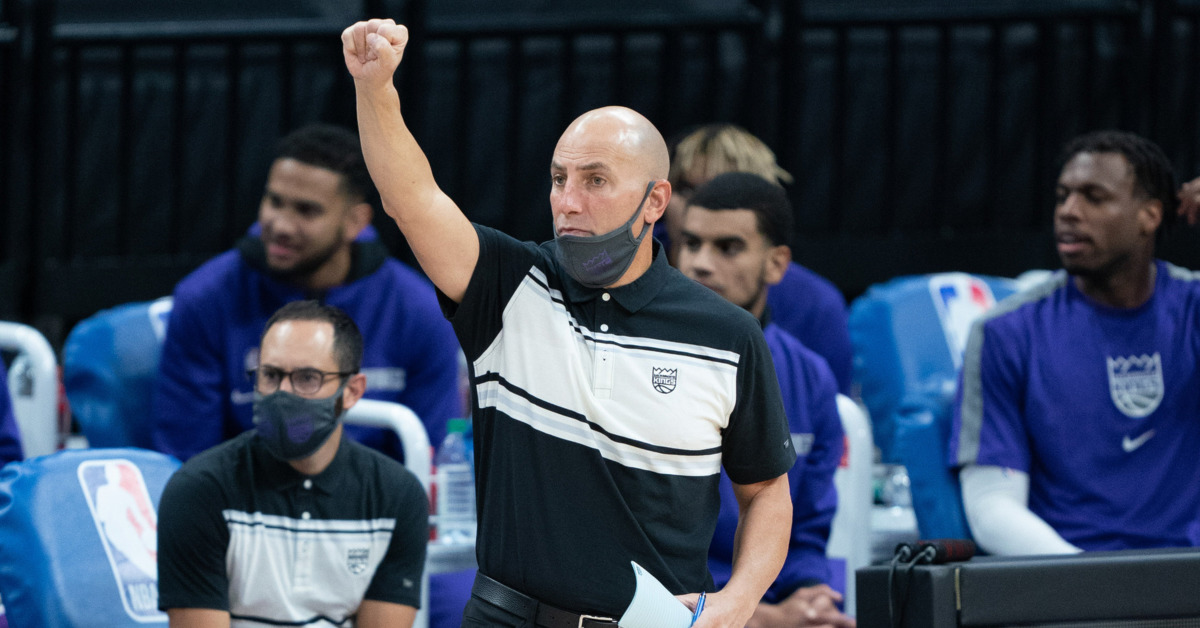 Rex’s defense against chin COVID is on point.

Cannot imagine why a defensive minded coach would want to leave a team full of players who refuse to play defense.

I raise you a Coach Tibs and the Knicks and counter with it primarily wasn’t the players fault.

Agree that Tibs can coach. The supposed core of the young super team is Bagley, Hield, and Fox. Based on athletic ability they are capable of playing defense but, do not.

Haliburton is the surprise that landed in their lap. The mid season additions play average defense which makes them stand out on the Kings roster. I also think that the ownership in New York is also crazy enough that players actually believe that they will ride the bench no matter how much they get paid. In Sacramento the two worst defenders in the NBA were guaranteed starting spots.

Last edited 1 year ago by AnybodyButBagley
2

When you watch kindergarten rec players they at least put their arms straight up in hopes of blocking a shot or stealing a pass.

Now go out and hire Steve Clifford as assistant and have him run the defense. That would tell me you at least acknowledge and care about being the worst defensive team in the NBA.

Last edited 1 year ago by Adamsite
1

4on5
Reply to  Adamsite

Hi, Steve it’s the Kings. We’re got an opening on our bench.

I know there is a league-wide assumption that Vivek is firing Luke once we can afford to do that, but I tell you he’s our guy. We’d like you to assist him. Based upon the impacts of Covid, we were hoping you’d be willing to work for what we we’re paying Rex.

Hello Steve are you there?

Did we get disconnected?

Shia LaBeouf has a better defensive stance than Bagley in this gif.

“Welcome new assistant, Aneel Ranadive! It was 100% my choice!”

Only the Kings can find a way to go down from the bottom!

They’re trying to expand the fanbase to the Mariana Trench!

Clearly neither defense nor player development were strong suits for the Kings. Neither will be missed.

What coach wouldn’t want to work for Vivek, coach the messed up Kings, assisting Luke Walton, on a staff that’s going to turn over soon, making budget conscious third assistant money? Should be super easy to nail the next hire.

I now fully expect the Kings to hire a well deserving female assistant head coach. I know she will be more than worthy and will bring a bunch of knowledge to the bench, but that’s now why the Kings will do it. They will hire a female because:

1) It’s all about the optics for this franchise and they hope it will help with butts in seats.

2) They think they will be able to pay her less because no male coach wants to come to Sac for peanuts.

As sad and pathetic as this all sounds, I wouldn’t put it past the team at this point. I think we’ve fallen to the Maloof’s drafting Jimmer level of financials.

Good for Rex. He probably figured out Luke is going to his last season with the Kings so better cut bait and take the more stable job in Detroit.

Better to be Piston than pissed off?

Last edited 1 year ago by RobHessing
7

The way the franchise mines nostalgia to cover the smell, I’m just assuming that Funderburke will end up with the job. They’ll ask Hedo first, but he already settled on a different ineffective dictator

Not sure what’s worse, the worst defensive coach in history turning the Kings down, or that he did it thinking 20-52 Detroit is a better situation.

What’s worse is the Detroit situation IS the better situation.

Better to have a clean slate coaching a team full of young pups than trying to beat a dead horse telling vets to properly help on a picknroll or go over a screen or run out on a shooter.

Makes sense. Leaving to join a head coach that just signed an extension and you’ve been successful under previously.
Rex looks to have upgraded from having a job to having job security.

A couple of things that need mentioning.

Does he actually have a vote or was he making that up?

I get what you’re saying, but an assistant coach at the NBA level going to the D-League to get first-time head coaching experience isn’t really a detriment in regard to his career path. As long as Jackson isn’t being considered to run things on the Sacramento bench, it’s all good.

I would love to see Doug Christie get a shot to be on staff with his defensive acumen. He would certainly motivate the players to play D .

I agree with you, DC really has an amazing eye for spotting player tells, and understands defensive play at the micro and macro level. If he’s expressed interest in coaching, I’d love to have him working with players in an official capacity.

Doug would be a great hire as a Development coach ! Just hope they would not hire Kayte to be color analyst !

Do we need a Defensive fix or Dysfunctional fix? I thought Rex K. was or could be a good coach. Disappointed in team performance- if he was not here, Kings would have given up 150 per game?
On good side opens a spot for another assistant-and 6 head coaches were let loose. Maybe Rex knows something