On Friday morning, Kirk Goldsberry of ESPN tweeted out an interesting, depressing, and mildly unsurprising fact. The best offensive team in the NBA is whoever happens to be playing the Sacramento Kings on any given night.

Who has the best offense in the NBA so far?

Nope, it's not the Bucks or Nuggets.

It's whoever is playing Sacramento.

The Kings have the worst defense in the league, allowing 118.2 points per 100. That's a bigger mark than Milwaukee's league best offense puts up, which is 118.1

Of course, it’s been no secret that the Kings roll with Rhett Butler’s philosophy when it comes to that end of the floor: Frankly, my dear, I don’t give a damn, but the results are probably worse than anyone imagined.

As noted above, Sacramento is posting the worst defensive rating in the league, 118.2, leading to the most points allowed per game as well, at 122 a night. And it’s not as if the Kings had a rough start to a weird season and have been influenced by some anomaly. They’re getting worse. Over the last six contests, Sacramento has allowed an astounding 130.7 points per game, going 2-4 in that stretch. Whatever slight amount of defensive acumen and tenacity that was celebrated over the first few games of the season has all but disappeared.

There also isn't one major area of concern to be found for Sacramento. Every area is a major area of concern. Opponents are shooting 49.5% from the floor, the highest mark in the league and 3.4% better than average. The Kings also rank in the bottom-5 in opponent field goal attempts, field goals made, three-point attempts, three-pointers made, three-point percentage allowed, forced turnovers, and steals. It should come as no surprise that offensively-minded teams like the Portland Trail Blazers can come back from multiple, massive deficits when they're allowed to get into such perfect scoring rhythms anytime the Kings are faced with the slightest hint of adversity.

All of those areas of weakness have culminated to push the Kings from merely their regular sense of bad to historically bad on the defensive end of the floor. Over their first 12 games, the Sacramento Kings have surrendered 1,464 points. That's the most of any team over their first twelve games in the last 25 years of NBA basketball. 750 seasons worth of data, and this team hasn't been better than a single one. That's a condemnation of both the players and the coaching staff, not one or the other.

However, the burden of the horrific defense can't be put solely at the feet of those two players. Frankly, aside from Tyrese Haliburton, Richaun Holmes, and occasionally Harrison Barnes and Cory Joseph, none of the players show any propensity toward putting in any effort on the defensive end of the hardwood. De'Aaron Fox can show out at times, but as the leader of the team, his habit of letting opposing guards blow by him in the hopes that Richaun Holmes can save the day is developing into a tiring act. Hassan Whiteside somehow blocks a bunch of shots without jumping, but he won't take two steps toward the perimeter or chase a guard around the key. Go down the roster and outside of a few exceptions, the results are the same: would-be talented defenders who dont' put in regular effort or bad defenders who don't put in regular effort.

The Kings were never expected to be very good, especially on defense, but putting up historically bad numbers is simply unacceptable. De'Aaron Fox, Buddy Hield, and the rest of the squad need to redisover that defensive pride that was found in the first few games of the season if they hope to make any sort of push toward the playoffs this year.

The Kings were never expected to be very good, especially on defense, but putting up historically bad numbers is simply unacceptable. De’Aaron Fox, Buddy Hield, and the rest of the squad need to redisover that defensive pride that was found in the first few games of the season if they hope to make any sort of push toward the playoffs this year.

Soon we shall all communicate solely through memes!

The Kings franchise is a walking meme.

In other words things are going just fine. 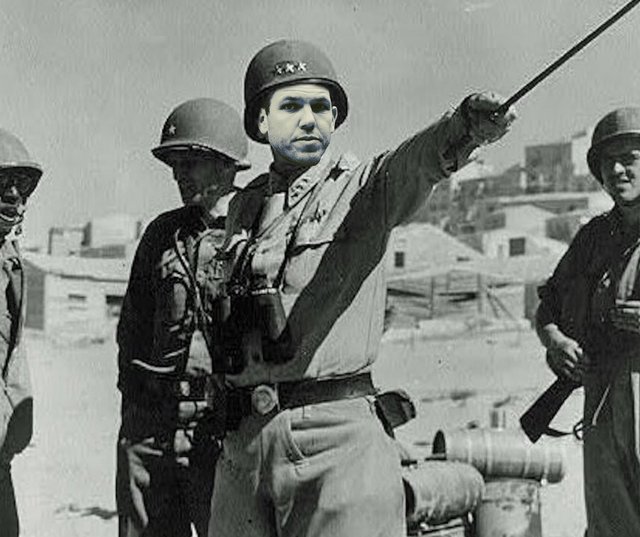 Ya gotta expect some slippage!

Remember when Luke took an entire season to slow it all down and teach the Kings “how to play the right way?”

The half court offense has looked pretty good though.

How would it look without the rookie who was not on the team last year?

I feel like Rese’s pick-n-roll prowess, passing and overall IQ are helping the half court offense quite a bit!

Agreed. I love his PnR game. It’s the best I’ve seen the Kings run it since maybe Beno.

Don’t worry everyone. Luke Walton will fix this!

I don’t think Walton could fix a ham sandwich.

I think he’s adept enough to fix a pbj sandwich. Which puts him in the bottom ten percentile of sandwich making. Meaning he is an asset for the tank.

He seems like the kind of person that would use crunchy peanut better, spread it with a knife, then use that same knife and stick it in the jelly jar, and go eat their sandwich leaving two lidless jars and a dirty knife by the sink for someone else to take care of.

Somebody told me he likes shit sandwiches but I don’t think that’s true because I have it on good authority that he doesn’t like bread.

The question is… Will Luke get fired before or after the all star break?

Kind of interesting looking at advanced stats on three-man floor combos at NBA.com. There’s only a dozen or so with more than 75 minutes played, so can’t take much from them, but a few things I found interesting:

Again, these are extremely small samples. Defense is obviously the biggest issue with this team, but as usual, it might have as much to do with how our roster pieces are fitting together and scheme as these guys’ individual defensive skills.

I’m surprised at the Fox, Barnes, and Halliburton outlier. I would have expected that combo to be closer to the neutral side of bad.

The Holmes/Bagley combo is one I’ve been watching this season. They’ve obviously been selective with Bagley’s minutes but the net rating has been consistently good the entire season. I’m not going to take too much from it, but it’s interesting. The Kings may be at their best with two traditional bigs on the floor. The small ball lineups may just be so bad on defense that they can’t outscore the opposing team.

The small ball lineups may just be so bad on defense that they can’t outscore the opposing team.

Or at least not until De’Aaron Fox can carry these lineup’s at the level he’s capable of.

The Ringer NBA University podcast mentioned the poor duo of Fox/Haliburton and how they were -13, but then dove deeper and when Holmes was added to that they were +20 or something. Basically every lineup combo without Holmes as the big man was a negative. That goes to show how terrible the other Kings bigs are. (Numbers may vary, I do not have the exact ones in front of me)

Still wanna argue that this team is going to be a 30 game winner?

“De’Aaron Fox can show out at times, but as the leader of the team, his habit of letting opposing guard blow by him in the hopes that Richaun Holmes can save the day is developing into a tiring act.”

Fox got paid. A lot. It’s time for him to earn that pay check. On both sides of the court.

Not happening.
We have a roster of over paid players who will never outplay or play up to their contracts.
Buddy
Bagley
Fox
Barnes

2 of those guys are in their early 20s FYI 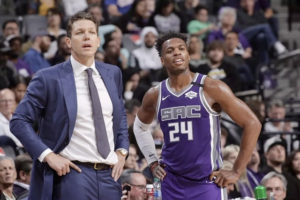 If we are to be fair Barnes is definitely playing to his contract this year and any contender would love to have him.

Maybe the player, but I doubt they want his contract.

I knew the Kings were bad on defense, but had no idea that they are the worst in 25 years…how terrible is this?

By the way, great article Tim.

I mean, of course numbers like this are going to seem bad if you look at them.

Don’t know why this one hit me so hard but I got a good laugh. Thanks Andy.

Fox’s defensive ranking among his draft class is a bit surprising to me. Buddy and Bagley are already bad. Having all three in a starting line up seems like it would be tough to overcome as a team on the defensive end of the court.

Third worst defender of the bunch is both a bit surprising and pretty "terrible."

Lol did you just share your tweet semi-dunking on Tim in an article written by Tim? That’s what we call “levels.”

These are defensive numbers associated with a team that needs to be torn down and rebuilt. I’m at a loss to see where Fox and Hield will significantly improve. Bagley, oddly enough, is the only one with a possible upside.

Does cleaning the glass have luck adjusted stats? Or something that shows expected versus actual eFG? I’m curious to see if the Kings are just really bad at preventing high percentage shots, or if bad luck is the difference between very bad and historically bad.

My eyeballs suggest that there are a lot of high percentage shots taken by opposing teams.

Also during this record breaking stretch:

Blazers tie a team record for number of 3’s

I gave Fox some unusual praise in the last game thread for how he was looking offensively, didn’t occur to me that he was letting Dame Dolla stamp 40/13 assist and no turnovers on his azz. His defense under Walton has been abysmal

on a side note, I hope we remove vets who aren’t timeline with the team. Barnes can’t be the difference in picking 10th or 11th and fourth or fifth for these drafts coming up. He’s not timeline with our core

Simply put nobody is holding these players or the coach accountable. I think these players do not believe in anything Walton says. Walton is incompetent and the players know it. These players need a leader and someone to call them on it when they screw up. He’s got to go now.

So yes, they are terrible on defense

The Kings hired a new defensive coach they said. Turns out their defense is offensive!

I put the vast majority of the blame on Walton. Good coaches can turn bad defenders into passable team defenders. The fact the teams can pick out and attack Bagley on a nightly basis while Walton does nothing to adjust tells me he doesn’t know whether to wind is ass or scratch his watch when it comes to coaching.

He goes to zone, which it Duke did.

I was too tired to watch and had planned on watching this morning. But apparently there’s nothing to see here so moving on.