In their second game in as many nights against the league-worst Minnesota Timberwolves, the Sacramento Kings pulled out a late victory on Wednesday evening. After falling down by double-digits midway through the fourth quarter, the Kings used a 12-0 run to take the lead late in the period, with the game-winning three-ball coming from Buddy Hield with 8.8 seconds remaining. Hield was huge for his squad all night, ending with 29 points, 6 boards, 5 assists, and 7 made three-pointers, while De'Aaron Fox returned to form with 30 points, 5 rebounds, and 7 dimes himself. Minnesota was led by their bigs, as Naz Reid and Karl-Anthony Towns combined for 50 points and 12 boards, but their efforts weren't quite enough to hold off a late surge by the Kings.

Zero Fox Given: After a rough outing against the Timberwolves on Tuesday evening, which was later attributed to a tweaked ankle, De'Aaron Fox was back to his old self tonight. He took control of the pace of the game whenever the fancy took him, while also recording his 18th 30+ point game of the season. For comparison's sake, Fox posted 30 or more points 10 times in his first 218 career games. He's now accomplished that feat 18 times over his last 45 appearances.

Fast Break Back: The Kings rank as the best team in transition efficiency in the NBA; however, one of the primary criticisms of Luke Walton's tenure has been his insistence that the team slows things down, but that wasn't the case tonight. At seemingly every opportunity, especially in the second half of the fourth quarter, the Kings were out and running, leading to a 19-5 edge in fast break points, a huge difference-maker throughout the game.

New Bench, Old Production: This was a rough night for Monte McNair's trade deadline acquisitions. After putting up 14 points, 5 assists, and 3 steals against the Wolves on Tuesday, Delon Wright scored just two points, while Terence Davis was completely invisible, registering one rebound and zero shot attempts in his six minutes of floor time.

As always, the defense: The Kings let the Minnesota Timberwolves drop 125 points on their asses. Need I say more?

Buddy Hield: Although De'Aaron Fox and Harrison Barnes were also fantastic on the evening, Buddy Hield deserves the honors tonight. After a hot first half, he went cold in the third quarter, but his three-point marksmanship helped bring the Kings back and ultimately win the game. Buddy knocking down 69% of his attempts from the field and 64% of his long-balls was a massive boon for the Kings.

To prevent spam, our system flags comments that include too many hyperlinks. If you would like to share a comment with multiple links, make sure you email [email protected] for it to be approved.
Subscribe
Login
Please login to comment
47 Comments
Oldest
Newest Most Voted
Inline Feedbacks
View all comments

Great to see some cowbells in the G1C, and for the fans in the building to see a win!

Last edited 1 year ago by Kosta
8

Shout out to the real Timberwolves

Be happy for the young fans!

More love for this guy here: 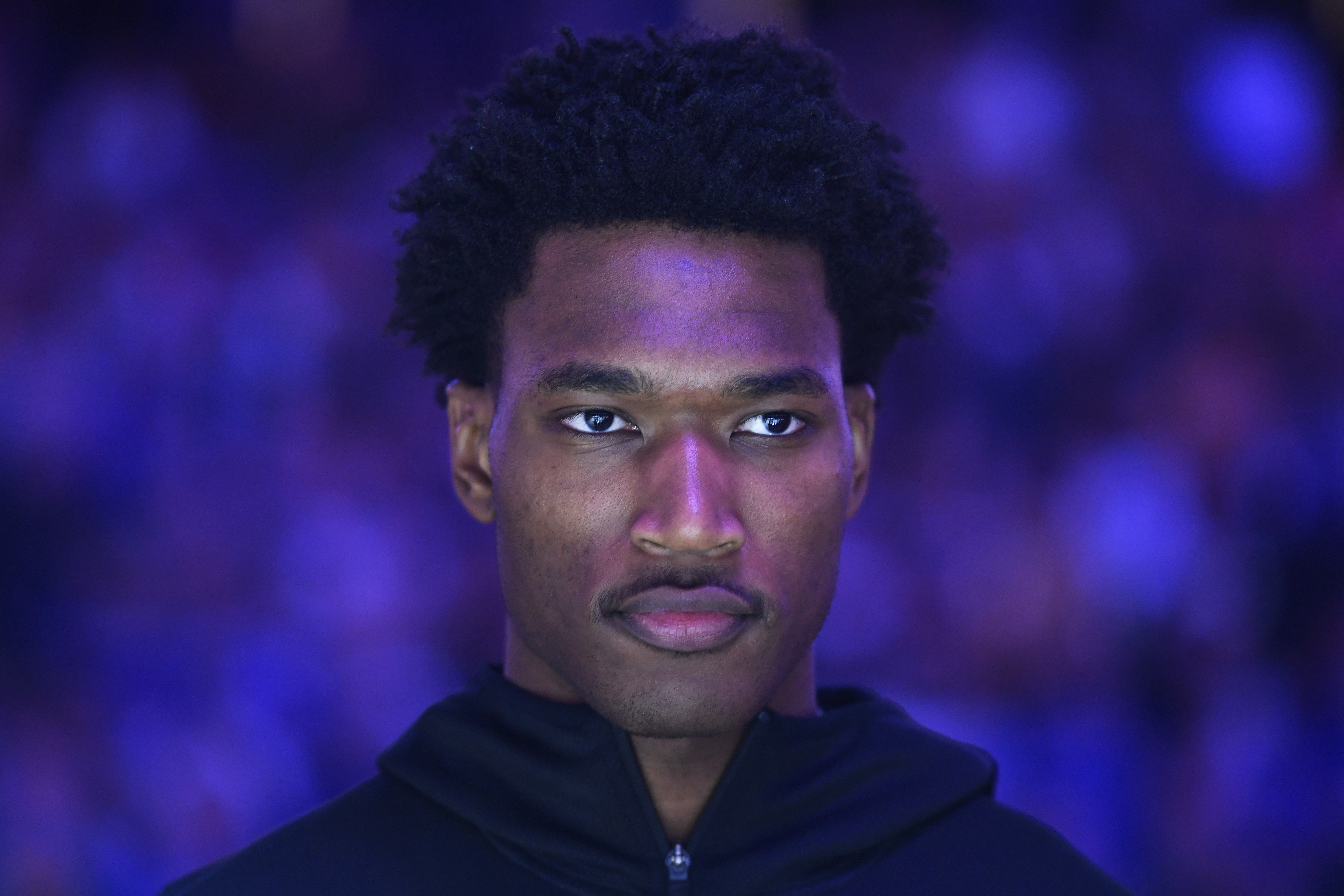 He hasn’t done so well this year, has he?

And then there’s me.

Yeah I’m a little disappointed that the Kings won. Get ready for some career games by Buddy now that the Kings are out of the playoff race – just like how he bricked it in the first half and killed the Kings on defense only to go off in the second half in so many games this season when it was already too late. Looking forward to not making the playoffs and having a worse lottery pick.

Last edited 1 year ago by MillersCornrows
9

Maybe to take some of the sting out: The Cavs, Wizards, Raptors won tonight as well.

This is good (for the tank)

I say “bring on those lottery ping pong balls!”

Makes it sting more. Had a chance to gain some ground.

Just wanted to say it could’ve been worse, I guess. But yeah we could have gained some ground.

I’m kind of expecting that we’ll probably end up around 7. A couple of weeks ago we were around 10, which was no bueno. Maybe there’s still time to get to 6 or 5…?

Happy for the fans in attendance that they got an exciting ending.

At this point in the season, I’m against the Kings winning, especially when they play Harkless, Buddy and Whiteside a combined 77 minutes. However, I’m glad Hali got some more minutes and played 23 of his 28 minutes alongside Fox.

I can just picture Buddy and Luke patting each other on the back in the locker room for finding a way to salvage a spilt against the league-worse t-wolves. Well done gents!

Can you imagine asking your favorite sports team to fail…

They do it every year without asking, just like this year, so …

But it’s our fault for giving up. Shame on us for not thoroughly enjoying this win. I guess we’re not real fans.

Lol. They failed long before I asked them to last night. Give me a break. Have you watched this team for, like, the last 15 years?

My coach in college used to say ball movement is like a body punch in boxing. The cumulative effects begin to pay greater and greater dividends as the game proceeds. Unfortunately, the Kings offense too often resorts to isolation basketball late in the game with an over reliance on Fox. Last night it was a little better but still for too stagnant. It took a lucky 3 point shot off the backboard by Buddy to bail us out. The last shot of the game tactic to give the ball to the star and have everyone else clear out is a losing tactic. You don’t see Popovich or Kerr employing that method and for good reason. We all remember the 1 in 4 times the star hits the low percentage game winning shot that makes the espn highlights but easily forget the 3 out 4 times that tactic fails.

I do however respect the effort the Kings put forth and from the reactions of the players, winning still matters to them. Despite the dismal record of the team, the camaraderie among the players appears remarkably solid.

Any way we catch OKC for the 5 spot? I don’t see it. Maybe a bump up to 6 with another losing streak, but I think 7 is where we will ultimately end up.

We play OKC three times in May.

If we can lose all 3 maybe we can do it? 4 games (behind in Tankathon standings) is tough to make up at this point otherwise.

I can’t imagine us losing all 3 against OKC though, unless Fox sits out.

Yes, Buddy can shoot very well. I still have issues with his decision making and constant dribbling though. Let him get his value back up a bit through the end of the year and trade him in the offseason

What about Damian Jones, we don’t win this game without him

I really don’t mind signing back BIG back on a cheap deal…………we just need some BIG body to do all those dirty work….(just let the guards/wings do the offense)

If Holmes isn’t coming back on a reasonable deal, then just say bye and give D. Jones a cheap deal…

Work firewall kept me out for a while and it seems to have been fixed, WOOT!

Couple of random observations since the trade deadline –

How in the hell does Walton still have a job? Rhetorical, moving on.

If we don’t keep Whiteside, Jones could fit the bill, which is nice on those nights when we have to deal with Jokic, Ayton, etc. If we keep Whiteside I’d rather Metu be the 3rd big (I’m assuming we will have Bagley to start yr. 4.)

Bagley not traveling with the team or being at games is just weird. Like, just…why?
(Again, rhetorical. moving on!)

Fox is a legit star. If he starts next season playing like he is now and doesn’t make the ASG…

Haliburton might not win ROY, but I believe he’ll have a far better career than the guy who does.

Despite not taking a shot last night I thought Davis played well. He moved the ball, something he didn’t do when he first got here, and played good D. He could develop into a solid backup in time.

Harkless isn’t bad but isn’t very good and probably doesn’t deserve to be in the starting lineup. Ever.

Delon Wright is Iman Shumpert like. Which isn’t saying much.

Barnes (and Holmes) is unspectacularly solid. Almost every night. We should keep that guy. (And Holmes.)

I have missed this site. No one really participates on the FB version, but at least I was able to read the articles, so I’m glad y’all post them!

If you’re still reading this and are in the ESPN fantasy basketball league, Wanna Trade – that was a close one last week! My #7 seeded Burton’s B’s were so close, the #1 seed almost didn’t make it out of rnd 1. GL…!

Our two matchups this year were decided by a total of 13 points.

And if we needed any more evidence to how much luck plays a role in fantasy sports, I only won because the Clippers blew out their opponent and decided to sit Morris most of the second half.

Thumbs down for everyone! Somebody’s not happy…lol

Where is all that bitching-about-the-reffing-against-the-Kings energy? I didn’t see Fox get a T for this missed call! 😉

Odd that the L2M Report did not acknowledge the Haliburton stepping out-of-bounds issue with :17 left especially since it led DIRECTLY to the game-winning 3 by Hield. pic.twitter.com/txIhc5cx0H

Recaps are nice but would be over the top if we could get some small vid/gifs of some key plays.

Delay of game before the game even started. Now savior of the game. WTF?