Sacramento Kings Head Coach Luke Walton said the team did not have a full roster in the arena Sunday practicing for a few reasons. One reason is the team has had some positive COVID-19 tests.

Before we got back in the facility and we were going through the NBA protocols as far as the safety stuff is concerned, we had a couple positive tests. Before we opened up, those guys were put in quarantine, he said.

The other reason is protecting some guys from injury because they haven't played yet and there's been no five-on-five contact. Walton said some guys were held out for physical reasons because the team didn't feel safe yet with the injury risk part of it. They did have enough guys to do some up-and-down scrimmaging, however.

Walton wouldn't elaborate on who was held out and for which of the described reasons.

Some of it has to do with COVID and there's so many rules right now that I'm still learning all of them and I don't want to get my foot stuck in my mouth so I'm just going to stay away from who missed for what reasons and everything else, Walton said.

We'll keep you updated on this as more news comes out about these positive COVID-19 tests, and who is being held out to prevent injury.

To prevent spam, our system flags comments that include too many hyperlinks. If you would like to share a comment with multiple links, make sure you email [email protected] for it to be approved.
Subscribe
Login
Please login to comment
48 Comments
Oldest
Newest Most Voted
Inline Feedbacks
View all comments

health over anything else

Held out due to ongoing Buddy trade talks I hope it’s time to do this se-mi rebuild right keep your rookies Bagley and Fox everyone else is available for the right price even if we get 75 cents on the dollar. Time to get a top 5 pick in 2021 on a clean cap. I get trying to maximize your assets and waiting for the trade deadline but there’s no guarantee of that and by that point we may be hovering close to 500 ball which puts us behind in the tank race.

I hope their families are healthy as well!

Last edited 1 year ago by TheGrantNapear
1

Also, to your worry about us hovering around 500 ball…. I guess I’d say I wouldn’t worry too much ð, have you seen the west this year?

Yeah that goes without saying but I guess not pointing that out could be viewed as bypassing whats most important in life. I’ll try to show more empathy to young athletic millionaires with access to the best medical attention sorry guys.

The current rate of hits in testing for Sacramento is about 11.5 % .. so that means about 2 in 15 . Hope all are trying to be safe.
I ordered a mask from the TKH store Cyber Monday, unfortunately it is polyester, not a cloth/filter material 🙁 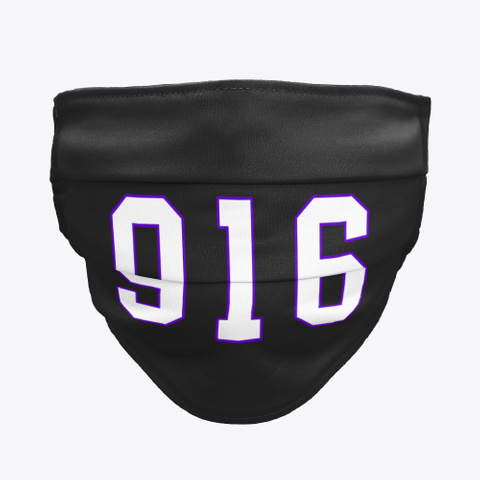 Last edited 2 years ago by ZillersCat
2

You could still wear that on top of a cloth mask as a double layer. Keep your face warmer and add another layer for filtering. I’ve been doubling my masks up for certain situations.

I’ve been thinking about a double layer.

Wear an N95 mask, cloth masks do very little if anything.

N95s need to be kept in the supply chain for medical personnel. Cloth masks, with a tight weave and multiple layers, are effective enough in everyday settings as long as they are snug against the face. I bought my set of masks from a clothing company in LA that’s repurposing their supply of high end terry cloth.

This is misinformation. Cloth masks are quite effective.

Even more so if they have a pouch that allows for a filter.

Just want to clear up that the outside is polyester but it is sewn to a 100% cotton interior liner. I’ve been using my mask since Day 1 so I had to double check after reading this for my own piece of mind.

Reporter: Which players are out because of COVID and which because of injury risk?

Luke: I’ll have to look at the tape.

Well there’s only a few guys that haven’t shown up in video interviews on YouTube this week or been mentioned in regards to their training camp performances by other players. It has to be Bagley, Bjelica, Kaminsky, Metu, James, or Ramsey.

Last edited 2 years ago by MillersCornrows
0

I’m pretty sure Ramsey, James and Bjelica have all been in the little training camp videos they put out though.

If it were Bagley, it would definitely be on brand for him. Hope those folks and their families are well.

Kaminsky was in a practice video with Bjelly today.

Speaking of Bagley, I just saw a workout video of him posted on YouTube today and he’s looking pretty buff.

Do you mean this

? Does not look buffer than I recall, and to be honest, I hope he is working his core, legs, and coordination – not just arms. Oh and his RIGHT HAND!

Seriously, that was all upper body and I don’t really see much of a difference.

Hey, if he got through the workout without injuring himself I’ll consider that a win. 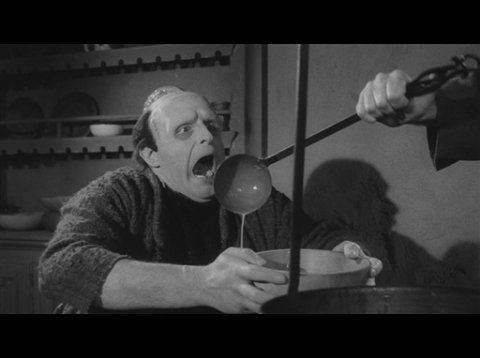 Last edited 1 year ago by Klam
0

I don’t remember anyone being out at the end for injury besides Bagley? Maybe Holmes still a little? There hasn’t been any reports out that I’ve seen about anyone injured or hurt since the bubble. If Bagley is still recovering in some capacity, I’m very worried. Hope that’s not the case and everyone is good.

The word on the street from James Ham Via D’Aaron Fox… Jabari Parker was the best player of today’s first practice. Now, that’s a frightening thought. An end of bench 10-13 player is your highlight on Day 1.

Or maybe Parker is just finally coming into his own. Remember, he’s still only 25. 6 teams in 6 years…hopefully he’s realizing his opportunities are dwindling & is seizing his moment.

Or it’s anecdotal evidence from one preseason practice.

Hopefully that makes him a good trade chip at the deadline

Do note that:
1) Parker is just entering his physical prime.
2) Talent has never been the issue with him, mostly the role/health/defensive commitment things.
3) If I’m right, he’s finally had a bit of time without a serious injury to bite him.

Him breaking out a bit would be a bit of a suprise, but neither is it some wildly improbable event.

Remember that preseason where we convinced ourselves Travis Outlaw was a starting-quality SF? Pepperidge Farm remembers.

Hell, remember that time we were convinced Derrick Williams was going to take the Kings to the next level?

Coke machine was a 2nd pick .. for the trend of #2 picks history with the Kings.. I was waiting for someone else to add it to the list on another thread 😉 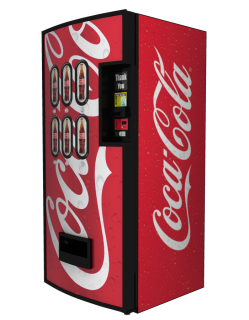 Yeah, reminds me of the “Watch out for Harry Giles this season” stuff.

I hope whoever tested positive for COVID stays healthy and doesn’t face moderate or serious illness.

I had a mystery hospital visit in Seattle back in January. Felt like a truck was parked on my chest, felt short of breath. I’ve had the flu, I’ve had bronchitis, I’ve had pneumonia, and none of them felt like that. They couldn’t find anything and I wasn’t feverish, so they sent me home around 4-5 hours later. That was 2-3 days before the first confirmed case, when they now estimate there may have been 1,000 active cases circulating in Seattle.

Four months of on and off mild and unusual symptoms after that, an antibody test came back . . . negative. Anyways, I was a healthy 26 year old (27 now) at the time and now my doctor’s worried about my heart, which is undergoing testing. So, for everyone out there, be safe, be smart, be responsible, because you never know. Maybe it was all coincidence, maybe it wasn’t; I’ll never know for certain since there was never a test.

Same here, best of luck to you. Stay healthy.

Hang in there, young man – wishing you well.

Please, all I ask is you all take this seriously. Wear a mask. See your friends next year. Pay the extra $5 for grocery delivery instead. The smart things to do are the tough things to do. Be smart. Be safe.

Just to add, please all keep in mind that we are doing these kinds of things not just to protect ourselves, but to protect our family, friends, strangers, essential workers at places like the grocery store, and (the most importantly for myself personally), not contributing to the what the already stressed-to-the-brink healthcare workers out there have to deal with, many of which have to work almost 24/7 and have had shortage of PPE. Please do all you can to help them, because God only knows how much they are going through.

Last edited 1 year ago by Klam
5