The Sacramento Kings are knee-deep in the search for their next General Manager and long-term head of Basketball Operations. According to ESPN's Adrian Wojnarowski, three candidates, Sachin Gupta, Monte McNair, and Wes Wilcox, will be arriving to Sacramento shortly for a second round of interviews, and according to The Undefeated's Marc Spears, Calvin Booth interviewed for the top basketball executive position on Sunday. It sure feels like we're getting closer to a decision.

We've highlighted all the known candidates individually over the last several weeks, and in that process of reading and discussing the merits of each person, it finally hit me - all four of these guys, Gupta, McNair, Wilcox, and Booth, were involved (to varying degrees) in one massive trade back at the trade deadline in February. The details:

This is really nothing but a fun footnote in the Kings general manager search, but if we want to attribute more value to it than it's worth, I'm happy to provide that analysis.

You have to like what Gupta and the Timberwovles did here. The trade appeared like a win for Minnesota at the time, and it only looks better with age after the emergence of Malik Beasley, and to a lesser-but-still-notable extent, Juancho Hernangomez. The Timberwolves knew the Nuggets were facing serious cap issues this summer, and would likely be unable to retain both Beasley and Hernangomez. Gersson Rosas and Gupta gladly took advantage of the situation. Losing Robert Covington hurts, but he had already aged out of their timeline.

This was a perfect example of a rebuilding team moving aging veterans to gain younger assets. The Kings would be wise deploy a similar strategy this summer - move on from some of the veterans if you can, and retool younger around De'Aaron Fox.

I would consider the Timberwolves the big winners here, but it was a unique trade where each organization accomplished what they set out to do.

Beasley and Hernangomez were no longer part of Booth and Denver's long-term plan (we can argue if they should have been) and they essentially landed a first round pick to move players they were likely losing for nothing in a few months anyway.

McNair and the Rockets clearly wanted to push small ball to its limits, and while that big picture strategy hasn't exactly worked, moving your traditional, paint-locked center for a 3-and-D switching, role-playing wing is a decent way to do it.

Wilcox and the Hawks added a low-usage, defensive-minded center that fits their timeline with the Trae Young - John Collins core, and that could be enough to push them into the playoffs in the Eastern Conference next season. It was a clear talent upgrade for an organization that doesn't have the easiest time attracting free agents.

In the end, some teams may have won bigger than others here, but nobody got Vlade Divac'd.

So Monte McNair was the only one to covet 2nd round picks. COME ON DOWNNNNNN! You’re the next contestant on Basketball Hell!

The Rockets are an interesting side of that deal because they were chasing down a very specific, very contradictory (or at least extreme) strategy.

As a side note, I think people are starting to get a little crazy about their standards for top teams. I know the Rockets want to win a championship, but reaching the conference semis is still a hugely successful season and evidence of a very good team. So I think saying their approach hasn’t exactly worked is probably missing a bit of perspective.

I suppose I didn’t do a great job explaining this, but I agree with your overall point about the Rockets being a successful NBA team. They for sure are.

My comment on this trade not really working out for the Rockets was more a point that I don’t think the trade accomplished a great deal because I already believed they had conference semifinals potential before going ultra small. I’m saying I’m not sure this trade actually helped them go further than they would have without it.

Maybe. Though how far teams go has as much to do with match-ups as overall quality. Do the Rockets get farther if they’re matched up against a team that doesn’t have two MVP level bigs (Yes, I’m including LeBron) with elite mobility? They match-up well with the Clippers. If they had played the Clips in this round and won, would that have made the Covington trade better?

The best part of that trade from the Wolves perspective was they realized they weren’t winning anything anytime soon. They saw the long game and moved their veterans to get a pick from a team trying to win now. That’s smart managing.

If the Wolves are able to keep Beasley this summer on a good contract they did well. He’s a solid SG prospect that fits their timeline. Couple that with the #17 pick, and they could clearly win this trade.

I think we should also add that I don’t think this trade happens without the Wolves working on the Wiggins for Russel trade. These two trades happened less the 24 hours apart. Wolves went full rebuild with a youth movement. Getting that #17 pick this year helps lessen the impact of giving up their own pick to the Warriors in 2021.

Yeah, I’d call it a win-win-win-meh trade. The Nuggets made a move the Kings need to make more often by ensuring they at least get SOME value from their assets instead of just watching them walk for nothing. But they certainly didn’t get much or a return commiserate to the talent.

But that type of ensuring SOME return is something the Kings have failed at over the years. We’ll see if they learn this year with the Bogdan situation. On the Wolves side, we see another strategy the Kings need to use where they were clearly ensuring they had a nuanced understand of other teams’ situations (The Nuggets had young players approaching FA they weren’t going to sign) and desires (The Rockets wanted to go with versatile 3-and-D defenders) and figured out how to take advantage. We need a FO that’s able to look beyond their own walls, assess what other teams are trying to do, and figure out how to take advantage.

Hearing strong movement towards a front office setup with Sachin Gupta as Head of Ops and Monte McNair as GM/2nd in command for the Sacramento Kings.

Again, in that case I’d be really interested in how they fill out the rest of their staff.

If they’re already discussing front office structures that involve multiple candidates, then today could be more of a formality versus a continuation of the formal interview process. Essentially, the jobs are theirs if they want them.

Man I really like what the Minnesota FO (Rosas, Gupta) has done in such a short time. They had mortgaged a lot to get in the playoffs with Thibs & Butler. They were stuck with one of the worst contracts in Wiggins. But they look to be back on the up and up.

I’m not a huge fan of what the Rockets have done in the last couple years trying to get a high usage point guard (Paul then Westbrook) to play with Harden.

You gotta like what the Nuggets have done as well, but Booth was not a part of that FO when they drafted Murray or Jokic. But he’s been part of a FO that has done a decent job building around those two.

And it’s hard to say how much Wilcox even had to do with this deal from the Hawks end, from his “special advisor” role.

Ultimately, I think the Kings need to do a lot more than just re-tool. Maybe you keep Fox, but if the right deal comes along I think you make it. That’s why I prefer Gupta, as I think his resume shows he can take bad situations and build from the ground up if need be.

When it comes to overall fit with the Kings… I’d rate Gupta an A-/B+ hire. Booth a C+. McNair a solid C. Wilcox a D+.

Who needs cronies when you practice nepotism?

More on the Kings front:

Assumption being interviews are both phone/online and now in person as follow up, so two dynamics. https://t.co/LkPdTjKmav

I’m so happy with this hiring process I think I could cry.

To be fair, Aneel was part of that trio that almost landed us Luka Doncic! 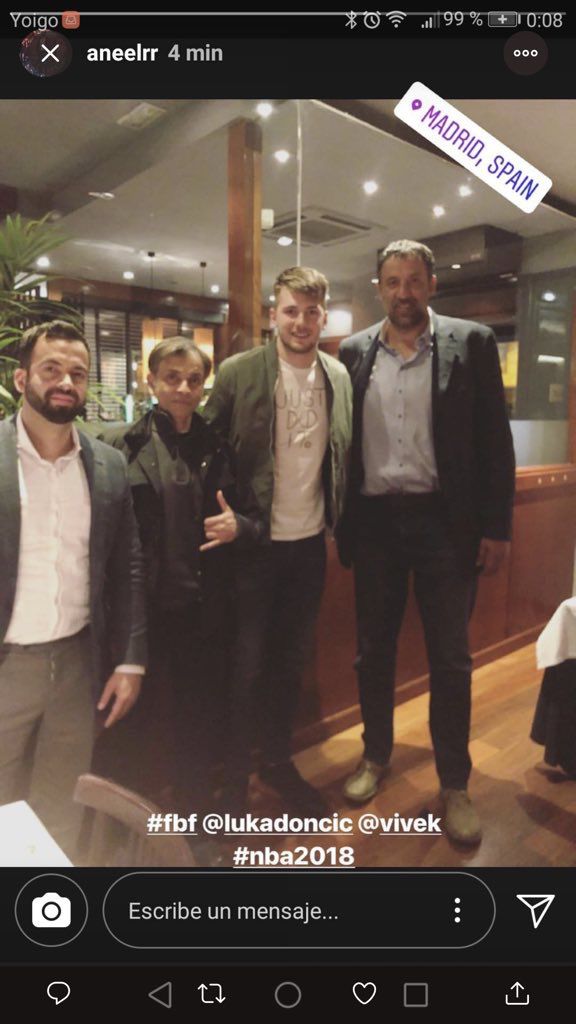 I thought Dumars wasn’t involved in this process, as well he shouldn’t be. Is he now a part of it? And if so, for God’s sake, why?

None of this moves matter if Luke Walton is still the coach next season.

One thing at a time.

If they are talking about hiring TWO of these candidates, it logically follows that they are embracing a wholesale restructuring, meaning they are willing to spend the money to finally make this thing work, COVID crunch be damned. If that’s the case, Luke’s contract shouldn’t be too much of a burden to carry if he’s let go.

Of course, the key phrase here is “logically,” and the Kangz have never done these things logically.

Assuming we get one of these candidates and the moves they make, it will be interesting to see the moves they make and who the league values the Kings Roster. For example I’d suggest Vlade over valued Bogi, based on nothing but pure speculation on my part