After opening the season with an impressive 5-4 record (with all four of those losses coming against projected playoff teams) the Sacramento Kings have lost their last four games, and find themselves in an all-too-familiar dark place.

The 105-103 loss to the Oklahoma City Thunder on Friday night highlighted everything wrong with the Kings right now. An unbalanced roster forced Chimezie Metu into the starting lineup, and we can debate this in the comments, but Metu is just not a starting caliber forward at this stage of his career, especially for a team with playoff dreams. But with Moe Harkless struggling, and Marvin Bagley refusing (?) to play, Luke Walton's options at forward are limited right now.

I would love to see Walton play to the supposed strength of this team by going small and starting De'Aaron Fox, Tyrese Haliburton, and Davion Mitchell together, but that's another conversation for a different post.

Lu Dort STEAL AND SCORE FOR THE WIN...that's 4 straight for the @okcthunder!

Yikes. That brings us to today.

If I could pick any team in the NBA to play on the heels of a four game losing streak, the Detroit Pistons would certainly be in that conversation. The Pistons are just 3-9 this year, and while I do believe the Kings are a better team, you can't say they're playing like a better team.

The Pistons will welcome the Kings to Detroit following their best win of the season, a 127-121 win over the Toronto Raptors on Saturday night, but this is not a good basketball team. The Pistons are horrendous offensively, scoring a league-worst 97.6 points-per-game while shooting a league-worst .407 FG%. Their defense isn't any better, allowing teams to shoot a league-high .481 from the field.

We know how bad the Kings are playing right now, but after that embarrassment vs. OKC and two days off to chew on it, the Kings need to show up in Detroit with some fight, and leave with a win. I know we're early into the 2021-22 NBA season, but anything short of an impressive performance vs. the Pistons should cause the Kings to reevaluate everything they're doing.

That's it. If the Kings want to talk about playoff expectations, and drought-ending goals, you beat the Pistons tonight. Simple as that.

PS. I don't know if Cory Joseph is capable of a revenge game, but if he is, that would be a very Kings way to lose and cause mass hysteria, so you just can't rule it out.

The Kings take care of much-needed business, and we all feel just a little bit better on Monday night. Kings 120, Pistons 104. 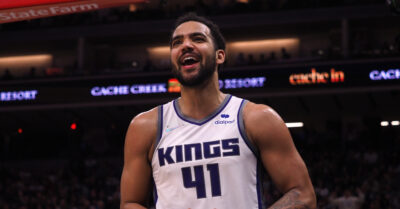 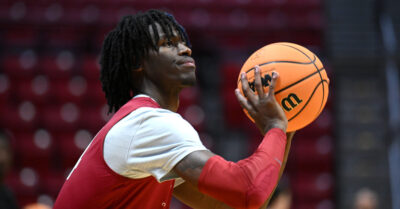 They also tend not to do well against poorly oiled machines!

The squeaky wheel gets the grease, right Team Bagley? No? You don’t want to go into the game after complaining about getting playing time?

This preview came in wicked early. What are you in Massachusetts or something, Tony? 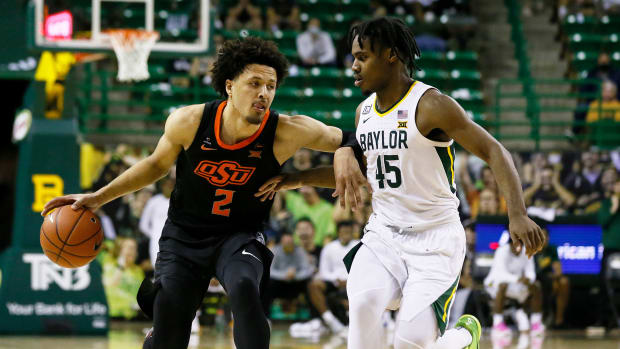 What do you say we just leave Marvin behind in the motor city?

It feel like fair value for an older Grant, who is better suited as a third option on a team, and lets Detroit go full rebuild with Cade, Bay and Killian. It gets them en expiring big, which they are in desperate need of. It lets them kick the tires on Bagley, and a near guaranteed first rounder.

I don’t think I could sign on to trading draft picks for vets at this point. I think this team needs core roster changes, as it has for the last two years, rather than trading picks for ceiling of a first round playoff sweep.

I guess I feel a starting five of Fox, Hali, Barnes, Grant and Holmes would be pretty darn good, but this also assumes that Walton is gone by Thanksgiving. Grant is a major upgrade over Harkless and provides exactly what the Kings need on the wing. He is also a nice asset in the cupboard for a possible bigger move down the road.

Also, I’m under the mindset that if McNair needs a 3rd late lottery pick and offseason to make his imprint on the team, then he shouldn’t be in charge. Piss or get off the pot.

Rec’d for second paragraph. Patience is a virtue; passivity is a vice.

I couldn’t agree more on the team being way, way overdue for meaningful roster changes. This team was bad when McNair came in, and is most likely bad now. It makes zero sense that the core roster that won the equivalent of 35 games the last two seasons hasn’t changed, and a win tonight…checks math…puts them on a 35 win pace.

Last edited 7 months ago by Carl
1

Consistency … it’s something that pretty much happens all the time.

Fully agree with you. If they want a chance at a first rounder, I could maybe justify “a top 20 protected first rounder that turns into a 2nd rounder if not conveyed.”

But Grant has basically been at his best putting up numbers on some bad Detroit teams. He’s a solid, useful player, but even in his best seasons his advanced metrics have only been solid and he strikes me as more of a role player. Not someone I want to lose a lottery pick over, which let’s be honest, if we give up a top 5 protected pick this season, there’s a good chance we give the Pistons a lottery pick.

I see it as it’s a couple of expirings and a late lottery pick to improve the roster significantly. Jerami Grant is as good, if not better, then who the Kings might select from the #11-#14 range, which is where they project to be. If the Kings somehow win with the lottery gods and jump to the top four, they keep the pick. No harm, no foul.

You are right that he is a solid role player, but that is what the Kings need. They need talent infusion and he provides that. Replacing Harkless with Grant is a definite improvement and another asset.

1 – Lottery pick has more upside, in the 6-14 range we got Haliburton (arguably already better) and Mitchell (TBD)

2 – Grant will make $21M next season, whereas our rookie will make $3-6M based on the exact lottery pick

3 – Grant is on the final year of his deal next season so we could lose him for nothing, whereas, we’d have the rookie for 5 cost-controlled seasons

Now I understand your point, at some point you need to take a calculated risk and try to make a leap. Shoot, I have advocated for that at times with certain moves. I just don’t think Grant necessarily even makes us a playoff team, so I would rather accumulate assets.

I think if we want to take a real swing, it’s trading Fox for Simmons. Plenty of reasons not to, but Mitchell-Hali-Simmons-Barnes-Holmes could be suffocating defensively. Though we will have to add more shooting.

Why do I have the feeling the Kings are about to get toasted.

Not a great start. This was Walton this morning arriving Detroit Arena

This trip has us all disappointed;
Our play on both sides seems disjointed.
Against Detroit tonight,
Will we change our plight?
Chances are we’ll again be outpointed!

Tony forgets Cory Joseph already had a revenge game last season in a 113-101 win over the Kings. I believe he scored more points in that game than he did in his entire Sacramento career.

Athletic reporting that Luke is on the hot seat. Don’t tease me, Amick!

Kings coach Luke Walton is likely to be in peril if Sacramento's slide continues, sources tell @sam_amick and @ShamsCharania.

The Kings are in midst of four-game losing streak heading into Monday's game at Detroit.https://t.co/kGcbyPxyvc

Well in that case….

I hate rooting for the Kings to lose. And yet:

The good news is, you don’t have to root for them to lose. They do it naturally! 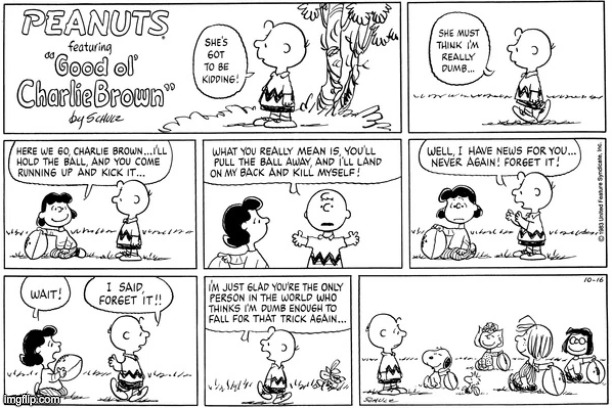 Last edited 7 months ago by Kosta
3

Tonight is a must lose game.

LOL, wasn’t it like 48 hours ago that Amick was on record saying the Walton’s job is safe?

Reminds me of when Ham and other people reported that Cousins wasn’t going to be traded at the deadline and then a few days later he got traded.

If only it weren’t a few days later.

I had said on Twitter prior to the Thunder game that our next four games were “easy” games before we started a very hard stretch.

If that happens, we need to replace Walton to try to shake things up before this becomes a lost season.

This Detroit game might be as close to a “must win” game as a team like us can have 14 games into the season.

Yup, I thought from preseason the stretch from Nov.19th to Dec. 4th had an 9 game losing streak written all over it. I didn’t expect Walton to survive it a few months ago, but he may not even reach the end of this month with the way things are going.

Agreed. Honestly was disappointed we brought him back, but with the same issues persisting this season and losing to the “easy” teams, at some point we have to make a move.

No one is hiring Luke as a head coach if we fire him. This isn’t all on him. We 100% have roster issues. But at some point we are letting complacency overrule common sense. Almost a continuation of our conversation above, at some point you need to take some calculated risks to try to improve.

The morning show on KHTK and the internets suggest the game tips off at 4pm PST.

Y’all trying to get fans not to watch the game?

I read a rumor that the talk was Bagley for Josh “I, like Terence Davis, also have a history of violence directed toward women” Jackson. Please, God, no. Just no. At least the old Jail Blazers made the playoffs.

So according to Twitter, today is Kevin Fippin’s birthday, so……

Thanks to him, I made a nice, quick return on $SHIB!

I was planning on skipping the King’s game and watching the 9ers instead. Now with the possibility of this being Luke’s last game gotta watch the Kings hoping that not only will the Pistons beat them but beat them badly. Forget the 9ers……..GO DETROIT!!!