Well, I'm not sure I have much in the way of theatrics today.  The Pistons are in town, statistically one of the three worst teams in the league, and they're looking to drag the Kings down to their fifth loss in a row. The last time these two squared off, the Kings had to muster everything they had in the fourth to squeak out a three point victory that ended their nine game losing streak. Well wouldn't you know it but here the Kings are again in the midst of a downturn and ... well, let's just say I'm grabbing my sandbags and a few bottles of water and preparing for the absolute worst this time - which in this case would be a Cory Joseph buzzer beating three pointer to win. Let's talk Kings basketball!

Mind Over (It Doesn't) Matter: So, I know this isn't what the hair follicles with loose roots at the top of your head wanted to hear this morning but, the Pistons aren't playing terrible basketball of late. Sure, they're a bad team and yes, they're more than likely going to be made much, much better by way of the draft lottery here in a few months, but in just discussing the Pistons immediate prospects of late: They're playing at a .500 level these last six games. They've beaten the Raptors, the Wizards and the Thunder in the last ten days and beaten them pretty handily, winning by an average margin of 19 a game. Now on the flip side of this they've also gotten their fair share of tanking victories in too with losses to the Trail Blazers, Knicks and Nuggets, but it stands to reason that they're losing their games handily to the teams that are clearly better and have acquired the habit of thrashing the teams that play down closer to their level. If there's one things that the Kings have consistently done this year, its been playing down to the level of their opponents.

So how are the Pistons going to thrash the Kings tonight? What hidden stat will point out the weapon the Pistons have been hiding all year, savoring its lethal usage for a Thursday night away game in Sacramento? Well, I'm sure... hmmm. I'm sure if I stare at all these basketball references I've got here something will come up. They're 13th in the league in opponent's scoring so that's kind of a surprise, but man, no real zip on that one. They give up the third fewest threes in the league, which is better but really not that something something I was looking for. Fifth in free throw attempts? Does that do anything for you? Yeah didn't think so. I think it's time I just make a joke about former Piston Blake Griffin and walk away from this whole line of inquiry.

Like a Blake Griffin tight-five at The Laugh Factory, the Pistons have very little to show for their efforts and absolutely nothing that would make me think tonight will be anything but cringe and much like Blake Griffin's knee - it's low-key fine. The Kings are quickly entering that stage of the season where everyone starts noticing in Sacramento how nice it is outside and how excited their dogs get when they take them for a walk. If it weren't for the pandemic play-in gimmick, we'd have been here weeks ago.

Do the Kings have a shot at the 10th? Absolutely. Are fans getting apathetic as to whether it happens? Absolutely. The Kings seemingly have their backcourt of the future, have pieces that can be swapped down the line and have a looming free agency that they're going to really, really not try to screw up. It's the same as it ever was. The old familiar Kings are settling down for the last twenty something games for the season and like every single one of them for the last fourteen years, they probably messed up somewhere along the way by not going harder in one direction or another and I'm at that point of acceptance with it. Tonight I'm watching to see how Tyrese Haliburton does, to see if Fox can hit another crazy scoring high, to see if Saddiq Bey is as good as he's sounding and ultimately, to laugh like Walter White in the crawl space under his house when Cojo leads the Pistons to a victory.

If the Kings lose tonight, Walton needs to be fired before he even leaves the arena.

How hot does Walton’s seat get if the Kings drop this game?

Hotter than an afternoon in Tucson.

I’m going to take a chance on reposting my limerick here since my earlier attempt somehow wound up in the Prediction thread.

With CoJo our chances were slim;
At the deadline McNair traded him.
Since he’s now with Detroit,
We can look to exploit
Overall though we’re still looking grim!

I fully expect the Kings to set up that football with a win tonight, followed by renewed talk of playoffs from the local media folks and the eternal optimists.

Kenny You know they are just [x] games out of that play-in spot Caraway, yeah I’m looking at you too! 😉

It’s what the Kings do.

(Let’s see where that evil Greg dude hides this comment!)

lol I was wondering if the whole “transporting comments to different threads” thing was just an elaborate gaslighting campaign against me specifically. 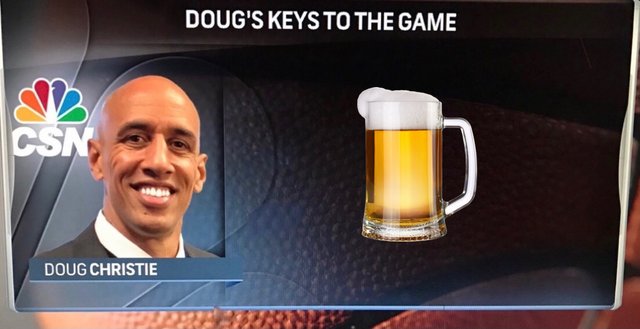 Somebody should call the police, cause Buddy Hield is stealing 20 milion dollar this year from this organization and will do it for the next 3 years.