For what feels like the millionth time, but at least for the final time this season, the Sacramento Kings played the Los Angeles Lakers tonight. You know what that means. It's time to feel things again. And when I say "things", I specifically and exclusively mean HATE. No matter how apathetic I may feel about this Kings team, I will always resurrect from the dead to hate the Los Angeles Lakers with every neuron of my being. I already have 2,002 good reasons to hate them, but as Will pointed out in his preview this afternoon, music superstar, Halsey, gave me yet another branch to stoke the flame of hate in my heart for tonight. Imagining the amount of delusion and audacity it takes to think that being a Lakers fan is painful makes my blood boil in a different way. Needless to say, I wanted the Kings to win this game tonight, even if it was just for the sake of the Lakers losing. Let's see if they came through for me:

Hate wins!!! Wow, this felt really good. The Sacramento Kings broke their losing streak by overcoming a 14-point deficit and beating the Los Angeles Lakers at home amidst a crowd of crying bandwagon fans wearing purple and gold jerseys and despite the referees best efforts to give the game to the Lakers. That is the most satisfying run on sentence I have ever written in my life. If anything can thaw this frozen heart, it's a solid Kings win over the Lakers.

I think Harrison Barnes reads The Kings Herald. After Brenden Nunes published a very fair and detailed breakdown of his recent struggles, the Black Falcon rose to the challenge and responded in the best way tonight. Barnes finished with 23 points and seven rebounds and shot 3-6 from deep. He had a handful of big boy moves, including a huge rebound to conclude the Kings' final defensive possession. Welcome back, HB!

The players are good, maybe awesome.

Fox is a stud.

Metu is next level.

Bagley had 16 tonight. Max deal tomorrow. WE NEED HIM

”And you should love it, way more than you hate it.”

You can find me in the club (not at the Kings game).

No matter how apathetic I may feel about this Kings team, I will always resurrect from the dead to hate the Los Angeles Lakers with every neuron of my being.

I’m rooting for Vivek to be embarrassed by the the shitty product he’s put in the court each game, but I’m more than happy to slappy the L*kers any day!!!

Trust me, this win has made Vivek forget the last 2 months.

Don’t do it, you’re better than this. Shit. I must dance.

I wish someone would’ve made ugly faces and beat their chest in front of the fakers bench like James did last them we played them. Man I hate that guy.

Strange feeling, this is.

I’m saying it in Yoda voice.

Good third quarter. Westbrook is so bad! At least Monte didn’t pick up that contract

Thanks for the Westbrick shooting ability or lack of ! Sluck the Lakers !

Careful. If Vivek wants him, Monte might trade for him.

Is it more joyful for a Kings win or the Lakers losing ?

Thanks for the break Kangz. Now to see you give up 133 pts to HOU Friday.

“…running for the exits before the final buzzer.”

That’s the only exercise they ever get. Wouldn’t want to deprive them. I wonder how many heart attack cases they get after a Fakers loss. 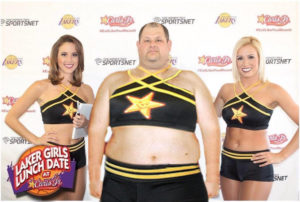 Haliburton-Fox-Barnes-Metu-Bagley matchup in the 4th was brilliant. And Buddy didn’t bail out. Nevertheless, I am not over Macho Grande. Those wounds run pretty deep.

Russell Westbrook is probably the best player in the entire NBA at hitting THAT shot.

Being on league pass is a sad reminder of how poor this broadcast team is compared to most !

I thought I was just being a curmudgeon until my partner who literally can find good in a turd (the most optimistic person I know), walks into a game I’m watching and says ‘is this a real broadcast or are they joking?’. That sealed it for me.

This is the Marvin Bagley I would have hoped to have seen at this point in his second season.. I think the Kings played better under Christie…this team is not fun to watch, but at least they don’t have any douchenozzles on the team…

I was thinking the exact same thing about Bagley last night – if this was his second season and he was playing like this I think we would all be… well, maybe not *happy*, but at least hopeful that we had a long term starter.

In his 4th season, though, it is difficult to get excited.

Bagley was drafted in the wrong round by the wrong team.

He needs a real fresh start some place else.

Hate wins!!! Wow, this felt really good. The Sacramento Kings broke their losing streak by overcoming a 14-point deficit and beating the Los Angeles Lakers at home amidst a crowd of crying bandwagon fans wearing purple and gold jerseys and despite the referees best efforts to give the game to the Lakers. That is the most satisfying run on sentence I have ever written in my life.

I really enjoy your writing. I’ve worked in publications as an editor/writer for decades. You’ve got a great voice. Your writing is loose and fun, but not over the top — you report the details, too.
Fun read. “Hate wins!!!” Indeed.

Thank you so much! Truly means more to me than you could ever know.

Keep it up, Mirann! You are a treasure.

Today is a good day.

Eh whatever, it’s just the Lakers. Nobody important really, just another win.

PLAYs of the day..

First of all, Barnes did a really good job….
Always hustle for offensive rebound…hitting some 3….play good defense…

and I love the below two moves by Barnes…

What a layup against L. James…

He fight for the defensive rebound among the Fakers..and able to save the ball and pass to the teammate.

Look at James…not able to stay in front of Fox, and forced to hard him hard…
(Really enjoyed the face expression and the frustration from James)

p.s. Bagley did have a good game…he did get fouled hard by James on the 2nd strip…

The postgame shots fired by the broadcast crew made me laugh. During the recap somebody in the crowd yelled out “Matt Barnes for Bagley” to which Kenny Thomas replied “I’ll support that”.

Per Woj: Reddish to the Knicks. So, thats one less player who would have been great in Sac, and one less team we could trade a forward to.

Yeah, he would have been fun to watch.

Wait, you’re telling me that NBA teams can trade players right now? Huh. Maybe their green light is greener than ours.

Trying maintain the level of excellence required to reach the play in. We are too close to disrupt the culture of the team.

SS&R is pissed, so today is a good day.

Most of them want to dump Westbrick yesterday, or at least full-time replace him with Reaves.

I love L*ker fan angst. It makes me happy.

I hope those fans have the strength to get through such dark and tough times!

Man, it’s been a lean season and a half since their last title!

Last edited 6 months ago by ZillersCat
1

It must really suck to be part of a fanbase that has such high expectations.

I love L*ker fan angst. It makes me happy.

I think you should create a photo of Vivek smiling and pointing with “ I did that”. So when we have a loss we can use the photo/sticker or when we talk about 15 years of Kangz we can use the Vivek sticker/photo/meme.. it would be fun for a while too bad I was t independently wealthy … I would get a billboard with our record and a picture of Vivek pointing to it with “I did that”

Why independence? We can ALL make #BILLBOARD

Another night at G1C where the majority of the fans go home unhappy. That said,

Fox after crushing the Lakers, patiently awaiting a trade 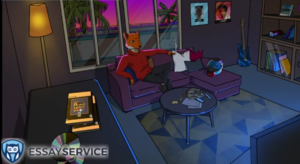