We are just 20 days away from the 2020 NBA Draft, and with that proximity comes copious amounts of draft rumors. Should you take everything with a grain of agent salt from here on out? Certainly, but I, for one, can't get enough of them. Here we go.

Bleacher Report's Jonathan Wasserman dropped a column this morning focusing primarily on point guard draft buzz, including a small tidbit about the Kings' interest in French guard Killian Hayes. This is the first time the Kings have been attached to Hayes in the pre-draft process.

Analytics departments like Killian Hayes, who's received interest from point guard-needy teams like the Detroit Pistons and New York Knicks, but also the Atlanta Hawks and Sacramento Kings.

I wouldn't necessarily put point guard at the top of the Kings' needs list considering the emergence and likely long-term future of De'Aaron Fox in Sacramento, but this team could definitely use the additional ball-handling and offensive creativity that Killian Hayes could provide.

There was a major production drop-off when De'Aaron Fox left the court and Cory Joseph took over creation duties last season, so while Hayes is a bit of a project guard, his versatility as either a primary ball-handler without Fox, or secondary ball-handler with Fox, would provide Monte McNair and Luke Walton with plenty of options at the guard spot.

The Ringer's Kevin O'Connor has been one of the biggest believers in Hayes' potential, somewhat controversially slotting him #1 on his 2020 NBA Draft Big Board, but it speaks to Killian's potential if everything breaks right. He is a brilliant creator with good size, and if he can improve his outside shot (29.4% on 102 3PA last season) you'll quickly realize why his ceiling is so high. It's worth mentioning that Hayes did shoot 87.6% on 89 free throw attempts last season, so if you're one of those folks that believe accurate free throw shooting is a decent indicator of future outside shot development, there is reason for optimism here.

Our own Bryant West currently has Hayes 5th on his Big Board.

Hayes has been projected to go somewhere inside the top-10 on most mock drafts thus far, so the likelihood that he's available when the Kings pick at 12 is slim. With that being said, there are a ton of rumors about potential movement and trades up and down the lottery, so anything can happen. I'm expecting a wild night on November 18, and if the result is Killian Hayes in a Kings uniform, that's a huge win for Sacramento.

To prevent spam, our system flags comments that include too many hyperlinks. If you would like to share a comment with multiple links, make sure you email [email protected] for it to be approved.
Subscribe
Login
Please login to comment
26 Comments
Oldest
Newest Most Voted
Inline Feedbacks
View all comments

Let’s just draft all of these guys and see what happens.

I like Hayes a lot better as Fox’s backcourt mate than I do Kira Lewis. That being said the Kings would almost assuredly need to trade up to get Hayes.

This is where I like Buddy to ATL for the #6 and filler (Huerter!). I’d put money on one of two of Hayes or Haliburton being there.

If the Kings walked out of this draft with the backcourt of Fox, Hayes/Haliburton, and Huerter, I’d be over the moon.

Agree with all of this. And that if the rumor is true, perhaps the biggest news here is that we might be trying to get aggressive in trading up.

Or thinking about trying to get the Hawks pick if the rumors are true they want a proven veteran (Buddy?) for their pick and I am assuming a worse contract.

Not surprising given the Dumars connection. I’ve got to admit I’m not a huge fan of Hayes and not sure how we can get him without trading up which I think is a big mistake as I think this year’s draft is not worth moving up in the first place aside from Haliburton.

I noted Kira Lewis in the “Draft Crush” article, but I do believe that any guard that can run the point and play up-temp benefits this roster more than any other player reasonably available at 12. There are wings that may fill a hole, but the proper guard behind (and perhaps, at times alongside) Fox would improve the entire bench.

And Hayes is 6’5″ with a 6’8″ wingspan and already weights 215 pounds (if you believe unofficial measurements). So he could easily play SG and be a secondary ball handler next to Fox as well.

A bit easier to see how he slots in than Lewis, where it’s a bit harder to see Fox or Lewis playing too much time at SG unless we are really hoping to use unconventional lineups or are planning on trading Fox.

I see a scenario where the Kings trade Buddy, let Bogi walk and begin the season starting Fox and Joseph together in the backcourt. This allows the Kings to showcase Joseph to deal him a the deadline, and fill out the guard rotation via trade/draft/FA.

If that’s the plan, I could easily see the Kings drafting a combo guard like Hayes/Haliburton/Hampton and trying to trade for someone like Huerter.

Agreed. Given the ages and fit of the current team – I have a hard time seeing us paying $30M+ per season for Buddy and Bogi. I think at least one of them is gone and realistically you could be right, especially if the FO wants to manage the cap a bit better (applies to Barnes as well).

At a minimum though, really seems like having Buddy or Bogi and a backup / eventual starting SG on a rookie contract makes more sense financially than paying two SGs 25% of our cap or more (depending on where the cap lands due to coronavirus and what Bogi’s contract would be).

I hope, if this is the case, they don’t just let Bogdan walk and are able to extract some value.

Maybe that is where that Bogi in a S&T to the Bucks for Divincenzo comes into play?

In a perfect world I’d move Buddy for youth/pick, and retain Bogi on a covid depressed contract. Kings could always move Bogi down the road for better value than a S&T.

S/T with the Bucks means they are hard capped, right? I don’t know if they want to do that if there’s still hope Giannis stays.

This. So much this.

There are wings that may fill a hole, but the proper guard behind (and perhaps, at times alongside) Fox would improve the entire bench.

I am enjoying the new site layout.

Also, I can’t wait for the one month draft / FA / training camp blitz that we’re in for. It should be a fun end to a terrible year!

Agreed on both the layout and the potential for things to ramp back up very quickly. I never complain about more basketball (except for Kings basketball most of the time but I digress).

So, the positive thing to me about the rumors of the Kings looking at players like Lewis and Hayes are that it seems like they want to target a play maker. Our offense completely stagnates for long stretches because most of the time, nobody other than Fox can create a shot for anyone else. So point guard might not seem like a need but I would appreciate the prevailing sentiment in the front office being to draft play makers and figure the rest out later.

Kevin O’Conner did a video breakdown of Hayes yesterday. It’s worth checking out. You definitely see the Harden influence in his game and after watching that video, I came out of thinking McNair might try and trade up to draft him in the hopes of getting a discounted version of Harden.

Thanks for the link. Kid looks good.

I just want everyone to know that the RORDOG discourse has managed to infiltrate my twitter feed:

I am gone for a few days and y’all change everything on me!

Life comes at you pretty fast.. 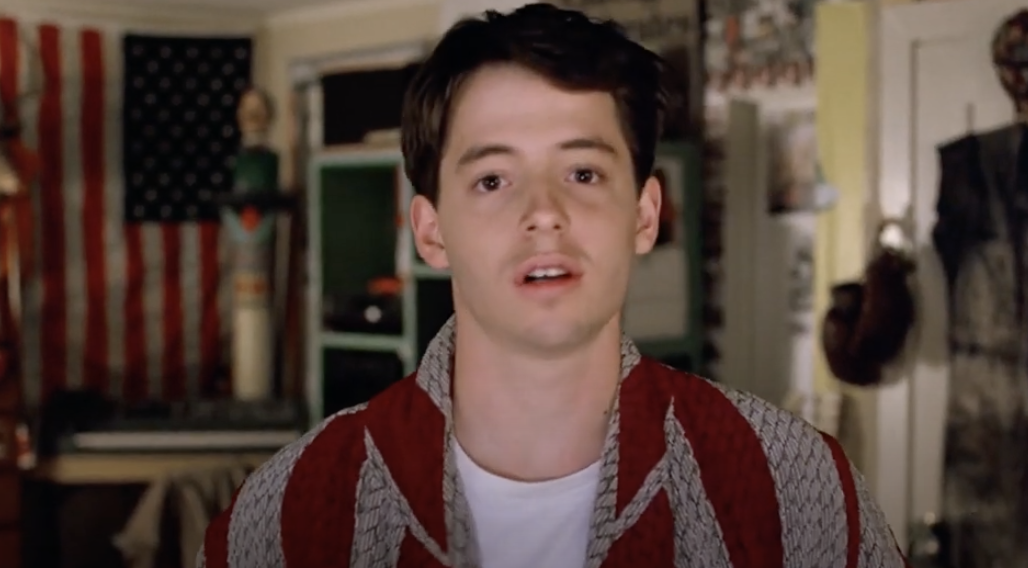