The NBA draft will be conducted from ESPN studios

As we get close to the November 18th NBA Draft, more details are being finalized. ESPN announced that Adam Silver and Mark Tatum will be in studio at ESPN to announce selections.

The Pepsi Center has a new name

For the last 21 years the Denver Nuggets have played in The Pepsi Center, but that name is no more.

BREAKING: After 21 years, the Pepsi Center will be renamed Ball Arena https://t.co/9zZBMNjsnw

The Denver Post reports that the building will now be known as Ball Arena. The name comes from Ball Corporation, which makes jars and containers, but that isn't going to stop the jokes.

Accusations lobbed at LeBron and Klutch

In Part 2 of The Athletic's anonymous agent survey, one agent went after LeBron James, Rich Paul, and Klutch sports. NBA Central captured the relevant part of the article.

"It’s illegal for a player, particularly if you’re in the state of California, to be licensed to represent talent."

Professional jealousy or a legitimate concern? You be the judge. 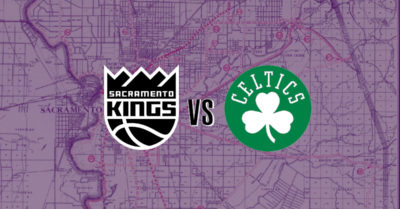 From the Pepsi Center…

To the Ball Arena.

Apparently, I have always misunderstood the meaning of “massive casualties.”

Breaking: Nuggets and Avalanche agree to build an identical second arena next to Ball arena. Also will include a commercial space around the arena, called The Cul de-Sac.

They should call it the Ball Jars Cupboard.

I wonder if the’ll call the bathrooms at The Ball Center Lavartories.

Well the Kings used to have an airplane named Airball one.

How about Airball Arena?