The Kings gave us about 20 minutes of celebration following the announcement of De'Aaron Fox's max contract signing before dumping the Harry Giles news on us, courtesy of KHTK's Carmichael Dave.

This of course, was expected when former GM Vlade Divac declined his option.

But the Kings fanbase had a special bond with Giles, and had clung to hope something could still get done.

Sadly that will not be the case.

This isn't a surprising development. The writing has been on the wall since Vlade Divac's Kings declined Harry Giles' fourth-year option back in October 2019, ensuring that Giles would be an unrestricted free agent following the 2019-20 season. That was a questionable move at the time, and the Kings are paying for it now.

Harry Giles showed flashes of brilliance throughout his tenure in Sacramento, but had a hard time finding consistent minutes due to a combination of factors that included untimely injuries, near constant foul trouble, and the inability to clearly separate himself from those in front of him in the rotation. But those flashes were enough to see Giles' potential, and considering he's just 22 and three (really two) years into his NBA career, you can make a compelling argument that the Kings should've saw this project through to the end. I would make that argument.

It's not Monte McNair's fault, but the Kings bailed too early on this one. I think Giles showed just enough on the basketball court to grant him more time, and the cost of giving him that opportunity was largely inconsequential.

Harry Giles meant a lot to the fans here. You could feel the connection. He was just an extremely easy guy to root for, and I'm going to continue doing that regardless of where he ends up next. 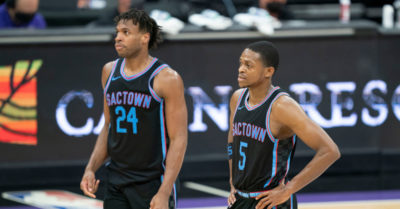 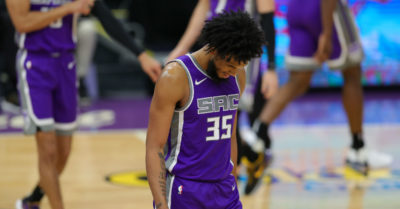 Just when I got excited about Fox……

We’ll miss you Harry. If you ever play against Sac and fans are at the arena I’m hoping for a big round of applause for you.

While it isn’t surprising, it’s unfortunate.

Vlade Divac earned a vaunted place in Kings history, and his front office clowning doesn’t change that. Nevertheless, I’d be happy to leave a burning dog turd bag on his porch for each and every anniversary of the Luka Doncic draft and the Giles option declining. Maybe throw in a box of exploding cigars now and then to mix it up.

PS— exploding cigars are an older prank item, not a violent threat, for anyone too young to watch the Looney Tunes growing up.

Last edited 4 months ago by TitleChaser
18
0

That’s a little extreme, but I am also not happy with those moves. Make sure the dog is already dead from natural causes, deal?

Lol, I totally misread that!

No worries! I’d never hurt a doggie! I just want to put their poop in a bag, bring it to Divac’s door, and light the bag on fire, because apparently my humor and revenge schemes are based on 90s movies. For a helpful example, please see this very odd gif:

I thought the joke was intended. Still.. have a rec anyways

It’s easy to blame the organization but Harry is a bit at fault, too. He’ll get chances but I’m curious how he does elsewhere. I hope he does well, but I’m not overly optimistic at his chances at being the player we would have wanted in Sac.

It’s 95% the organization, 5% Harry Giles. 1st of all, they preached patience with Giles from the start which was smart, but when someone’s definition of patience is only 1 year of production on the court for a 21 year old who was still learning to be a professional, then it’s clearly not Harry’s fault, it’s the boss’ lack of patience. Harry will be a completely different player and professional when he’s 25 barring he stays healthy. One thing will always remain, his fire and passion, something sorely needed on this team.

Hope for the best for H20! DON’T GO TO THE KNICKS! Hope it’s the Warriors/Spurs/Raptors to develop or Suns for their amazing training staff.

No, it was the fault of the organization to draft a player with his serious injury history in the first place. Two ACLs on in each knee, plus a setback in the knee. Harry would have been proper risk / reward as a 2nd round pick or undrafed signing. Spending a mid first round pick on him was inexcusable.

I hope you read this, my friend. I just wanted to say that the Kings are my favorite professional sports team and it gives me a lot of joy to watch my team compete for this small market city.

What I have always loved most were the guys who played their tails off and represented Sacramento the RIGHT way. We’re a small market team. We get clowned on by a lot of national reporters and other big market teams and their fans. We’re perennial underdogs. We’re used to it. We’re PROUD of it.

Mr. Giles, you have been my favorite King to watch and to cheer for. I was hoping that we would draft you, and when we did, I celebrated.

As you rehabbed and made progress during your rookie season, I would look for updates or some small clips from practice. I was so excited because I know what type of player you are and can be.

Thanks for the smiles.

Thanks for the hustle.

Thanks for the blocks.

Thanks for the dimes.

Thanks for the boards.

Thanks for the memories.

You’ve made a permanent bond with this fan base and with this city. You have developed into a great player and we all know that this is just the tip of the iceberg. You are destined for great things and I think I can speak for all Kings fans when I say that I wish you a tremendous career ahead. I hope you can find your way back to us here in Sacramento, but regardless, you’ll always have a home in our hearts.

These two “GM’s” are as infamous as El Guapo from the Three Amigos in my book. 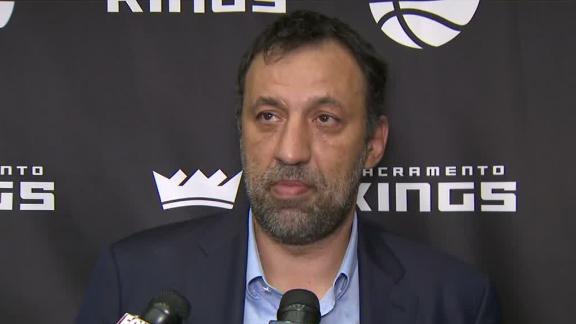 Losing assets is never a positive ! Good guy that seems to be getting better as a player ! Good luck Harry !

He was an asset? Harry could not stay on the floor because his defense was the easily among the worst defense players in the NBA. He would have to be a spectacular offense player to compensate. His offense is really good, though he took too many risks with the thread-the-needle pass attempts.

It’s weird that we know Giles won’t be back, but he hasn’t actually signed with anybody yet. It will be interesting to see if he ends up getting a deal that’s significantly more than what the Kings could afford to pay him. If not, then it appear as though McNair wasn’t all that interested in bringing Harry back.

Yeah it would be funny if in the end Harry signs a new deal with the Kings. With all the heartfelt emotions and messages we just posted and then boom! He’s back with the Kings.

I know it won’t probably happen but its kinda funny if I think about it. As long as he hasn’t signed with anybody yet I still have hope Giles could still end up with the Kings.

I’ll be pretty surprised if he gets a deal larger than the minimum honestly.

off topic. Does Atlanta singing Gallo mean they are out of the running for Bogi?

Not entirely, cause they can still do Sign and Trade.

What I’m trying to say is, if they still have cap space of about 12-20M it shouldn’t be a problem. But if they don’t, we can do a sign and trade.

While we’re at it…FUCK YOU TOO LUKE!

Ahh yes. The only person who blocked me on IG 😂😂

The Dubs should go after him.

Harry the player is a backup big and someone who will seemingly be oft injured. Vlade certainly goofed up with not picking up the contract but we aren’t exactly losing a plus player here either.

I still wish he can sign with Washington just so his agent can tweet “Yer a Wizard, Harry!”

This made me laugh

I mean, we kinda knew this was going to happen, right? Vlade screwed that pooch already. I really liked Harry’s personality and grit. I hope he ends up in a good place. Who knows, maybe we will re-sign him. It’s possible, right?

Like Rordog suggested, I think this is more likely a situation where McNair didn’t particularly value him and he’s going to go sign a near minimum or minimum deal somewhere else. If the Kings were willing to write him a check for nearly $4m this year, he’d probably take it. Unless there’s another team that could promise him more playing time and he wanted to go there to pump up his value.

What was he owed if we didn’t decline his option? 3-5 mil? He isn’t going to get that in the market, especially with the flat cap. Resigning the guy to a one year is foolish. We already have a first round project in Bagley, we won’t have floor time for a guy that can walk after one more year. Good luck to Harry, I loved his energy and enthusiasm but we could bring back the cheerleaders for a lot less.

Even though we knew it was coming, it’s still sad that it’s happening. Tonight I finally bought a Giles jersey, which I’ve wanted since seeing his first game in the first Cal Classic. Finally pulled the trigger now that it’s on sale smh…

The Kings should’ve seen this project through the end.

I am going to go out on a limb and say they did. Like I posted previously there is no PT available for a guy that, if he improves will walk next year, and if he doesn’t improve will wast PT and $. 2 million is a lot of money in the real world and our ownership group would do well to invest that 2 mil in scouting and coaching. They may have done so already. Good luck to Harry he was always positive and appeared to give his all.

Like everyone else, I liked Giles. But, from what I saw, I was never convinced that his body would allow him to play the minutes necessary to become a steady, consistent rotation player in the league. His flashes of great play made me sad to think about the player he could have been without his injuries, but that would have been elsewhere, of course, as a high lottery pick.

Oh HAARrrY! So Sad to See you go!!! Fan for Life. Stay Healthy.

How can you not root for this guy?
i will keep following his career and cheering him on no matter where he ends up (please no LAL).

not good. Tweener, no body for center, no athleticism for D or range for PF. Doesn’t protect rim. Putrid advanced stats

nothing but a pass here and there

It was an interesting chapter, the hype that initially surrounded him, but the team is better off even giving 4/5 mil to Len any day of the week

It’s gonna kill when he’s elsewhere, really coming into his own, but it’s gonna be glorious when he does.

Good luck and good health, Harry. I can’t wait to see what’s next.

I am afraid Harry is another Leon Powe. To many injuries too many early miles. What could have been. I hope to see him coaching soon.

So, he’s been injured a lot, and he’s played too many minutes?

I agree that this would be bad, if it was actually possible.

Is there some particular person that is missing? Or am I not reading a sarcastic slant? Just wondering.