The Kings have made a trade! Of course, it's not the one anyone really cares about as it just involves the 49th pick in tonight's draft.

Cleveland is acquiring Sacramento's pick at 49 in tonight's NBA draft for the rights to Sasha Vezenkov, sources tell ESPN. Vezenkov, 26, was a first-team All-EuroLeague forward this season. He was the 57th pick in the 2017 NBA Draft.

Sasha Vezenkov is a 6'9 forward who averaged 14.9 points, 6.6 rebounds and 1.8 assists while shooting 37.8% from three for Olympiacos (one of the top basketball clubs in Europe) this season. He was also recently named to the 2021-22 All-EuroLeague First Team, joining Mike James, Nikola Mirotic, Shane Larkin and Walter Tavares.  Vezenkov is the only one of those players without some NBA experience.

Cavs reporter Chris Fedor also mentions that the Kings are getting $1.75 million in cash in addition to Sasha Vezenkov's draft rights.

This isn't completely surprising as it seemed unlikely the Kings wanted to add two more young guys in the second round of the draft as they also have the 37th pick.  Getting cash and Vezenkov is a decent value proposition for the 49th pick.

Who knows if Vezenkov will ever come over to the NBA, but unlike most of these draft rights trades, he actually seems like a prospect that could have a chance at coming over.   Vezenkov's last 5 games, all this month, saw him average 17.6 points while making an absurd 73.7% of his threes (14/19 attempts). At the very least, that shooting is intriguing, and it's a big team need.  Per a report from Eurohoops last year, Vezenkov has an NBA buyout clause in his contract for both this summer and next summer.

The Kings still have the 4th and 37th pick in tonight's draft, which starts at 5 PM Pacific. 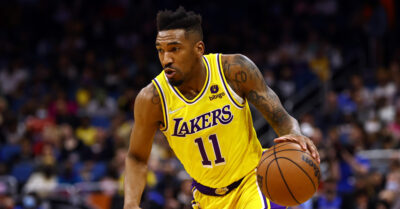 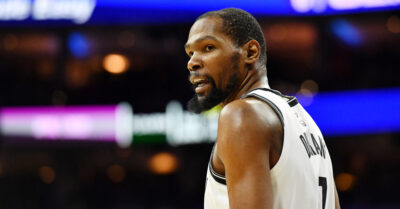 Around The Realm: Kevin Durant requests trade from Brooklyn Nets

I wish. Vivek is only owner voicing who he wants in the draft in all the draft info coming out.

Hopefully Monte makes choice but Vivek’s head is so far up his butt he doesn’t even realize his opinions on hoops are always wrong.

Just sit back and let your GM work. Idiot.

Kind of worries me honestly. We’re back to trading for cash. Or maybe that means Vivek is cash poor and might need to sell.

(serious note: I’m intrigued by the idea of him coming over)

A couple mil and potential contributor for the 49th pick? McGenius? 🤔

If they can get him over looks like he could be depth at the 4 spot, especially with his shooting

I hope to all hell that this is a minor move setting up a bigger move.

Eh, it’s most likely just unloading a pick they weren’t planning on rostering and getting a little money and perhaps a low-pay-off lottery ticket in return.

That’s exactly what this is.

Man, this quote is straight out of the Pete D era.

This guy’s a lefty. One step closer to an all-lefty squad. Let’s go!

The Kings have never been alright. 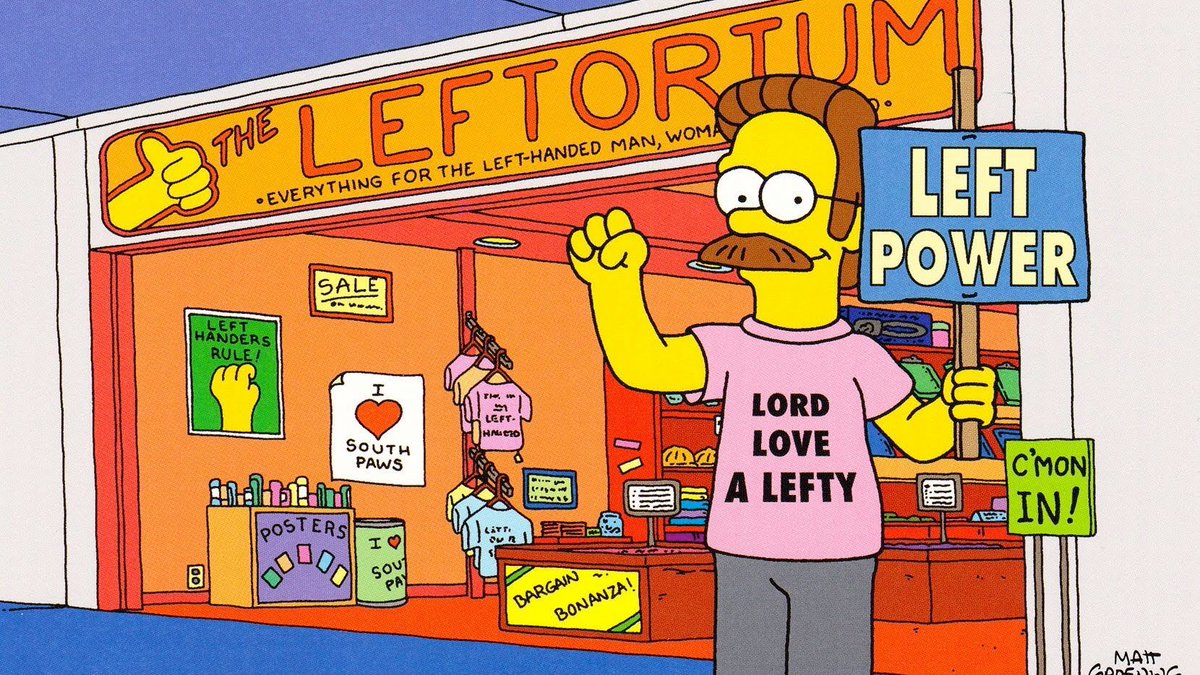 Last edited 7 days ago by Kosta
9

Cash considerations, how I missed you…

I still maintain that the greatest Kangz trade of all time occurred in 2014 at the trade deadline, when the Kings traded a top-55 protected pick to the Heat for Roger Mason, Jr. and $500,000 in cash considerations. The Heat had no room for Mason Jr. in their rotation and really needed to free up a roster spot. The Kings immediately waived him. As someone put it (paraphrasing), “the Heat just paid the Kings $500k to fire Roger Mason Jr. for them.” Peak Kangz.

We finally have our Luka

And so it begins!

In Monte We Trust!

The Cash is probably for the buy out

Paying for Luke or gentry’s salary this year, I’m sure.

I wouldn’t have done it if there wasn’t a guarantee that he comes over for at least one season.

there’s no realistic way to guarantee that

I understand. Thus why I wouldn’t have done that trade. I’d have rather traded 37 and 49 to move up 2-3 spots. Dollar bills can’t hit a three.

Neither could any of Monte’s second round picks

I’d imagine that the front office would have reached out to Vezenkove to gauge his interest before bothering to make the trade.

KaNGz suck at tampering as well.

Probably waiting to cash the check from the Cavaliers before calling the guy to say hello.

Monte is officially open for business, ladies and gentleman.

Kings wanted to avoid 2 young guys with 2 way contracts- some agents don’t like that.
I hope he comes over. Can shoot. Kings need that. He has an NBA buy-out clause for nest two years. I wonder if the 1,75 M cash is for that purpose.?

Would love to see this guy in town for training camp. He looks like he sees the floor well, makes good cuts to the hoop, and has a smooth shooting stroke. Sabonis & Fox would tee him up on back cuts all day.

Too bad the Kings cannot feed even this low level deal to the local media to get some credibility.

Woj must be contacted regarding every deal obviously.

Per Hollinger: “…good shooter with tremendous feel for the game, but his slow feet are likely to make life difficult for him on defense…”

Sounds like a high-BBIQ guy who just knows how to play. If slow feet are his biggest concern, I’m all for giving him a shot. This team needs more brains!

Vivek to McNair: Is there any way we can trade one of our picks for cash considerations?

I don’t know – they traded for the rights of a guy that seems every bit as likely / unlikely to contribute as a #49 pick. So, nothing to see here, moving on kind of move?

The #49 pick isn’t much of an asset unless it’s used as filler in some larger deal. Getting $1.75 million and an all-league, good-shooting Euro wing entering his prime is more than fair value for this pick. The Kings traded a marginal asset for (IMHO) a slightly less marginal asset and cash. A very minor win, but a win.

I happen to be “that guy” from Greece who is actually a fan of Olympiacos and of course, a Kings fan since the mid 90s. So, here are a few of my totally amateur observations for Vezenkov, in case you want to know:

Overall, given that he is a proven professional with some good skills and an All-EuroLeague First Team award this year, this trade is a low key steal. The chasm between Europe and the NBA is still huge (don’t be fooled by the Jokic’s and Giannis’s), so all this could be non-consequential. Good move from the office though.

thanks for the info

he could be valuable in situations where the opponent is just as slow as he is- Belly or the opponent is not a threat offensively.
There are options in many games for this.

Thanks, was hoping someone would have intel!

So is he the best player on the team? Go-to guy?

He was not the main scorer anyway. He might finished first in ppg (14 ppg in 30 mpg) but that’s because he had the most minutes per game and was much more efficient than the rest. In usage, he was probably 3rd.

And yet one more reason why I love this place. Thanks, Zen!

You’re the real MVP. Thanks!

Never heard of this guy, but he’s probably better than whomever the team would’ve picked at 49 will turn out to be. And hey, more money!

Banchero is wearing a deep purple suit. Just noting it.

Smokescreen. (on the water)

Given how much that guy sweats, that is probably just the first of several outfits for the evening.

Is Davis back from Taco Bell yet?

Several rumors over in San Antonio re a Collins trade from the Hawks to SAS, followed by a note that the trade appears to be dead for now. Plastic worms….

Monte: Sorry guys, I don’t have enough time to meet with Jaden Ivey. I’m too busy shopping the 49th pick.

The day before and day of the draft and we’re getting next to zero posts on TKH. What gives? 🤷‍♂️

Next to zero is one. We’re at three and counting over the past two days, yes?

The draft is peak content for King’s fans considering we are never in the playoffs. All kinds of rumors flying around, it’d be nice to have posts that’s all regarding scenarios and rumors.
Thanks for your comment though.

Ask for a refund.

I try not to celebrate the upcoming destruction of a young man’s career.

Trying to be positive this draft, not easy after 15 years of ineptitude but let’s do this.

What did you find inept about the last two years of that period?

Can we get an NBA draft live thread?

Don’t ask, I got reprimanded for bringing up the lack of posts.

If/when they trade back with Indiana I presume the 31st pick is part of the package, so it makes a little sense to spin this one off for a pile and a player. Three second rounders is probably one too many.
Good job. Maybe.

Loved him in ‘Enemy at the Gates’ a real team player.

I will gladly trade whatever 2nd round pick I accrue for $1.75m in cash.

No reasonable cash offers will be denied.

I don’t watch college basketball and only gather information on prospects based on reports prior to the draft.

That said, and me not knowing what Im talking about, I think the Kings have to take Jaden Ivey. The Kings need assets, and it sounds like he will be the BPA, and appears to be in demand.

On a side note, any chance Chet slips? His light frame worries me. That height and 195 pounds is not ideal.