This poll ends at 7 AM tomorrow. The next one will begin shortly thereafter.  We will go roughly 20 picks deep.

To prevent spam, our system flags comments that include too many hyperlinks. If you would like to share a comment with multiple links, make sure you email [email protected] for it to be approved.
Subscribe
Login
Please login to comment
50 Comments
Oldest
Newest Most Voted
Inline Feedbacks
View all comments

Excuse me for just repeating my last argument, but I’m going with Ziaire Williams.

I don’t blame anyone who looks at Williams’ stats and hurls, but he had so much off-the-court context last year that I genuinely think there’s a great chance he’s still a top 6 talent hiding behind a garbage year. On offense, I truly buy his shot, and he has a near-guarenteed go-to offensive talent (his sweet pull-up shot) that at 6’10 and with that quick shot and long arms, he can pretty much get to at any time. And his free throw rate indicated that he really is a good shooter, albeit one who needs to get MUCH stronger to handle defenders who just try to body him off his spots.

He also may have the best shoot/dribble/pass combination ceiling of anyone left on the board (aside from Bouknight, who I have in the same tier here and get as a BPA candidate, but I like Williams’ fit with Fox/Hali better in the long run). And while he’ll get bodied by any opposition that is his size, I was legit impressed with his perimeter defense this year and think he can defend guards pretty quickly.

Finally, he’s just a dude I’d bet on. All his interviews paint him as a very self-aware, smart young man who knows what he needs to work at and improve. Reminds me a lot of Tyrese Haliburton’s approach, and the fact that they were friends is a cherry on top.

If Ziaire hits, he’s a top 5-6 dude in this class. You can certainly say that about a few other guys here  Jalen Johnson could be as well and may be the best FIT in terms of skillset, but I’m increasingly worried about his on-court inconsistencies. Bouknight is a good bet too (although I bet he goes 7), but again, that’s a damn small lineup to move forward with. I’m going Ziaire and I’m all in on the weirdest draft gamble of my armchair scout life.

Skal wishes he’d ever had half of Ziaire’s off-the-dribble ability.

Sadly, Ziaire wishes he had half of Skal’s physicality.

Oof. That’s not something I ever expected to read.

You’re obviously very high on ZW. How high do you think he should go, meaning which players would you actually take ahead of him?

I’m disappointed in you all for joining the Sengun-gang.

I’m with Bryant on this one. Has to be Ziaire for me.

If he could hit on over 50% of his draft picks you would actually do it. Would drastically improve the Kings.

I wouldn’t even look twice at me as a prospect! My defensive instincts are terrible!

Perfect fit for the Kings!

My instincts are great! My physical ability to act on those instincts?…

I’m bad at instincts and ability.

I have the desire, though!

Sorry, had to give you a thumbs down on this one.

Don’t ever put that image in my head again.

Sengun is on the list of players the Kings worked out.

I know Bouknight appears to be a weird fit with the current roster, but to me I think he’s the BPA at this point.

I also believe the ‘bad fit’ argument is overblown. He’s 6’5″ with a 6’8″ wingspan, a good frame, lateral quickness, and decent effort on defense. He can certainly play the 3 in a modern lineup with Fox and Hali, and play the 2 when one of them sits. That’s exactly what we did with Buddy last year in what was one of the best lineups in the league alongside Barnes and Holmes. I’m pretty sure Bouk is a more dynamic offensive player than Buddy, and he damn sure won’t be a worse defensive player.

I just watched some highlight of Bouknight..he is pretty crafty and I am really impressed……..

He’s got an amazing subtle hesitation dribble that lets him just get by folks.

I agree with most of this, the one thing I would note is at draft combine Buddy had 20+ lbs on Bouknight while being the same size. At playing weight last season he was 30lbs heavier. So Buddy definitely has more bulk and thickness to play up a position…but as you said defense couldn’t be a ton worse anyway.

Yep. Point is just that Bouknight is not going to step into that 3 role for some time, unless with a certain matchups. Which is fine for this team probably.

Yeah, that certainly isn’t going to be ideal even if/when he does add bulk.

It’s worth pointing out that Fox, Haliburton, Hield overall were a -2.4 and one of the worst 3-man lineups the Kings trotted out.

Best thing about looking at all those lineups and combos 2-5 man, is that apparently Richaun Holmes fixes everything. Most combos are negative and then you add Holmes and suddenly they are positive.

I like Holmes, but I would never have thought he could have that kind of impact.

Apparently there is a drop off to Whiteside and Bagley back up Center minutes ; )

The solution is to start Richaun at the 3

Only weird if the vision is to keep Hield and Davis. Without them, Bouknight makes a ton of sense. Always nice to have a cheaper guy that can score.

It’s funny. The more I look into Bouknight, the less impressed I am.

Why? Doesn’t pass the ball?

A few things, but yeah, that’s one of main ones. For a guy that had the ball in his hands as much as Bouknight and drew as much attention as he should have, his passing numbers are ridiculously bad. And the game film reinforces that. In general, his decision-making leaves a lot to be desired. Lots of settling for tough mid-range contested shots, poor passing, high TOs. He’s more of a volume scorer than anything, but a .546 TS% as a second year player isn’t especially impressive from any angle.

How much do you think role and team factored into that?

Not much. He’s a high volume guard scorer. This is the role he needs to be able to play to succeed in the NBA. Personally, I don’t necessarily dislike him, I just see him as a guy with a fringe starter/6th man ceiling due to his lack of passing/facilitation skills. Which is certainly useful. I think his most likely positive comp is someone like Jordan Clarkson. Who was clearly useful for the Jazz this year when he was allowed to be a ball-dominant volume scorer in the second unit. I see Bouknight playing that type of role if he’s successful in the NBA. To put him in Kings terms, I can see him being pretty Marcus Thornton-y.

I’ll go with Jalen Johnson…
He would looks nice in Kings uniform.. 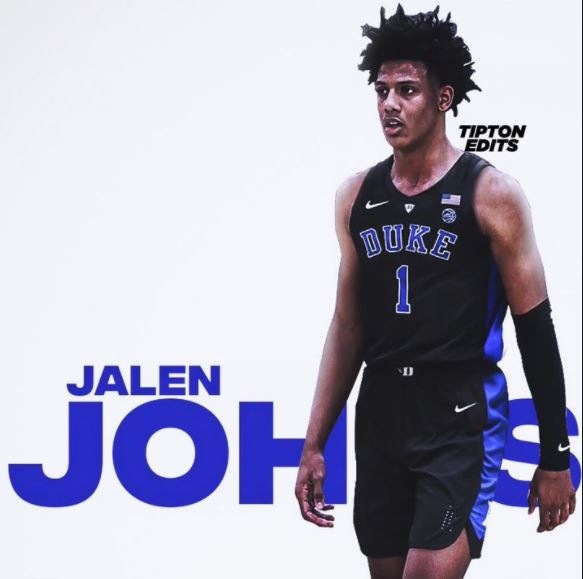 We’ve entered trade down territory. Guys like Prkacin, Edwards, Jackson, Garuba, Mann, etc. are as good as anyone on this list. I voted wrote in Jalen Johnson because on pure profile talent he’s top tier. Though that would be based on the Kings having been able to really vet him in a way a casual fan like me can’t.

Have we acknowledged this about Moses Moody on this sub yet? from kings

Lmao at “also a good rebounder for his size” after the prophecy.

If he joins the Kings, his career will end up being “Tragic Johnson”.

Picked ZW again. I’m not saying that I’m in love with him yet, but I have been scrawling his name on my Trapper Keeper a lot lately.

Keon is the BPA and also who I’m most comfortable taking the chance on ca the other unknowns.

It’s a toss up between Bouknight and ZW but went with Williams on this one. I feel ZW has the more upside than the 2, a much better shooter and defender plus I could see him play well along side Fox and Tyrese.

He definitely need to add weight….otherwise, all other SF will eat him easily

I’m voting for Bouknight once again. He definitely seems like the most talented prospect at this point.