Tyreke Evans' rookie year as a whole deserves an article on its own, and we'll likely see it before this series is over.  But one week in particular during that magical year stood out to me.

On December 16th, 2009, the Kings were 10-13 facing the Washington Wizards at home. The Wizards were struggling themselves, but they had a veteran team, led by star guard Gilbert Arenas.  Arenas and Evans battled back and forth throughout the night, and the end of the game would be no different.  The Wizards had chipped away at Sacramento's lead and with 16.6 seconds left, the Kings were only up 1 and Washington had the ball.  Arenas had the ball at the top of the key with the rookie hunched down and focused.  As Arenas made his move with about 5 seconds left, Evans stood his ground and deftly poked the ball out of Arenas' hands, stealing the ball and getting fouled in the process. He knocked down both free throws and effectively sealed the game for Sacramento as Washington's last second three point attempt went awry.

A couple nights later, it was time for more Evans heroics.  Sacramento was in Milwaukee facing another Rookie of the Year candidate in Brandon Jennings, as well as one of the best shotblockers in the league, Andrew Bogut.  The game was a back and forth affair throughout, featuring 24 lead changes and 11 ties.  The largest lead for either team was only 7 points.

Evans had gotten the better of Jennings for the most part, as Jennings struggled to score on the bigger guard and shot just 36.4% from the field.  However in the final minute, he was able to get to the line and knock down a couple free throws to give Milwaukee a 93-92 lead.  Evans responded by finding Jason Thompson for a quick layup to get the lead right back, and Jennings countered with a seeming dagger pass to Ersan Ilyasova at the rim to make it 95-94 Bucks with just 5 seconds left.

Coach Paul Westphal called timeout, and everyone in the building knew it was going to Tyreke Evans. It didn't matter. Evans went straight at the Bucks and danced around Andrew Bogut, and scooped in the game winner off the glass.

Two nights later, the Kings found themselves in a dire situation. We're used to the Kings digging big holes for themselves (especially these last 16 years) but this time they had outdone themselves. With 8:50 remaining in the 3rd quarter, the Chicago Bulls had built a commanding 79-44 lead over the Kings and the situation looked bleak.

But these scrappy young Kings didn't give up. Throughout the 3rd quarter, they chipped away, and the Bulls got complacent. Evans, who had scored just 5 points in the first half, kept attacking the rim. Maybe it was just the magic of the moment but the rest of the team bought in as well. Donte Greene started making shots. Jon "The Brock Ness Monster" Brockman was pulling down boards over Joakim Noah. The panic was setting in for the Bulls as they watched their lead evaporate. Then Ime Udoka, now the Celtics head coach but then a Kings roleplayer, went off, scoring 10 straight points, including back-to-back threes, to cut the lead to 4 points.

Then, with his teammates having stepped up to the plate, it was back to Evans to finish the job. With 2:13 left, Evans hustled down the floor after yet another Bulls miss and got an and-one layup to cut the lead to just 1 point. Luol Deng got fouled and made 1 of 2 free throws on the other end, but it was Evans back on the attack right after that, getting right to rim before the Bulls could converge and tying the game at 96 with 1:45 left.

The Bulls got sloppy on the other end and Sacramento was able to force a jumpball between the Brockman and Kirk Hinrich. The Kings controlled the tip and went right back to Evans. This time, the Bulls were at least able to foul him before he could get to the basket, but Evans still made his first free throw to take the lead for the Kings for the first time since it had been 5-4 in the first quarter.

Evans' second free throw, however, was off target, clanging off the rim. The Bulls couldn't secure the rebound however and there again was Brockman (the unsung hero of the night despite not scoring. He finished a +26 in his nearly 17 minutes of action) with the rebound. This was also at a time when you still got a new 24 seconds off offensive rebounds, so the Kings had time to reset and kill even more time.

Evans, as he had done throughout the game and his entire rookie year, lived at the rim. The Bulls knew this, and started the play by dropping back and daring him to take a jumper from the left wing. Evans pulled up, but hesitated mid-air, kicking it back out to Beno Udrih. Udrih reset, and gave the ball back to Evans at the top of the key. With time winding down, Evans had to make his move quickly. A Brockman screen took out Hinrich, but Luol Deng was right there to deny Evans a path to the basket. So Evans pulled up instead, shooting a tough fading pull-up jumper over Deng's outstretched arms.

The rest of the final minute was basically a free throw contest, but the Kings never relinquished their well-earned lead, and came away with what was and still is the 2nd largest comeback in NBA history to cap off a magical week. The full run is over on YouTube if you have 50 minutes to spare, but here's the condensed version:

After that game, the Kings were 13-14 and had the most exciting young player in the NBA. Anything and everything felt possible.

To prevent spam, our system flags comments that include too many hyperlinks. If you would like to share a comment with multiple links, make sure you email [email protected] for it to be approved.
Subscribe
Login
Please login to comment
16 Comments
Oldest
Newest Most Voted
Inline Feedbacks
View all comments

…and had the most exciting young player in the NBA. Anything and everything felt possible.

I loved Tyreke on the Kings and was hyped for our future. Wish things had turned out better for him and the Kings. 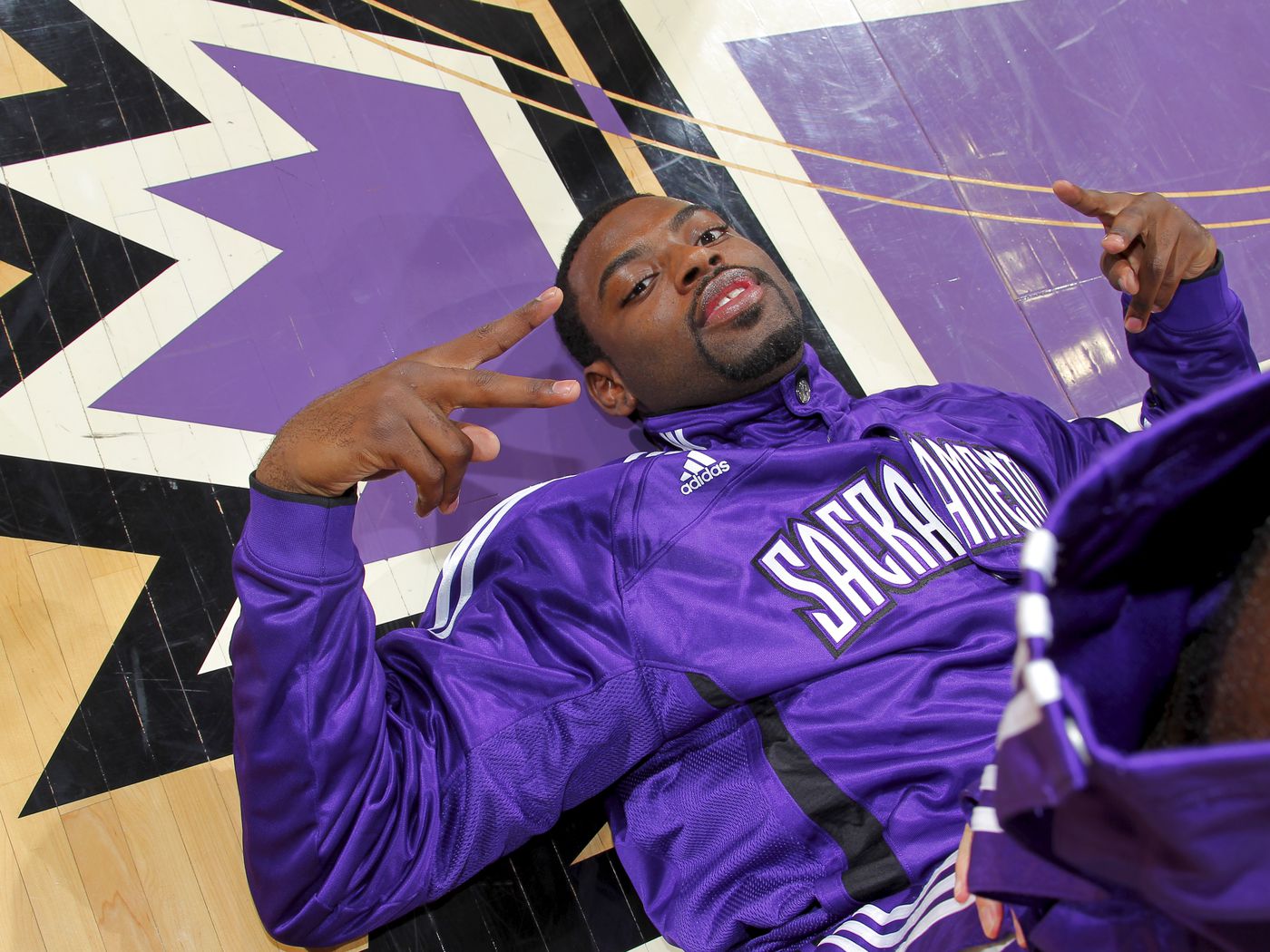 Last edited 5 months ago by Kosta
6

I’m sure we will be seeing this Tyreke moment sometime this month from Tales from the Drought:

Last edited 5 months ago by Klam
4

Yes I hope so. Was at the game live. It ended a long losing streak. It was my wife’s first Kings game. I told her they wouldn’t all be that exciting. That game was enough to convert her to a Kings fan!

That was a crazy week. Two of those games I watched on TV (the Bucks game I only caught the last few minutes of the 4th quarter). The Wizards one I believe I was in my college dorm watching it because it was on national television, and man, watching Evans steal the ball from Arenas got me up on my feet cheering. The Bucks game I think I was at my uncle’s/aunt’s house for a early Christmas family gathering, and we had the TV on at the end of the fourth quarter and watched the ending unfold.

I didn’t watch the Bulls game because we didn’t have Comcast Sportsnet at home, and I had to go out to dinner when the game was on. I just remember that when we left the house I looked at the box score online (somewhere in the middle of the 2nd quarter), and the Kings were getting killed so I just assumed they were going to lose the game. When we came back home, I looked at the score just out of curiosity and was completely shocked to see the 102-98 final score with a Kings W. The rest of the evening I just spent watching the highlights on Youtube and listening to the radio shows on KHTK.

There’s only been a couple times post-Adelman era that I felt like the Kings were actually heading in the right direction; around this particular time during Tyreke’s rookie season was one of them (the other was at the end of Joerger’s last season before he got fired). Sigh…good times while they lasted.

On a side note, thank you TKH writers for finding a way to put out great and nostalgic articles during the slowest month of the NBA. I love reliving moments like this and gives us great stuff to talk about while we wait for the new NBA season to start.

Last edited 5 months ago by Klam
5

I will forever remember the Chicago game. Maybe the most exciting Kings games I’ve seen. After the early huge point difference the few people on the game thread drifted away the few of us who remained were going crazy seeing this amazingly unlikely come back. As the score got closer and time ran out it was the type of game you had to remind yourself to breathe.

Oh, we were so young, innocent and filled with hope back then.

Was that Chicago game the one where you went to sleep in the 3rd quarter, or was that someone else?

LOL, yes. That was the one.
And that was me.

Last edited 5 months ago by RikSmits
5

My Dutch brother…………you are such a cynic. Try not to run over any Tulips or run into any windmills as you ride your bike to work tomorrow morning.

This guy was the greatest false hope of the era. Folks talk about Cousins, but this guy going from 20/5/5 ROY to nothing like he did set the franchise back 7 years

Bought my son a Tyreke Evans jersey a couple of seasons later. The second coming of #13 for the Kings? Not. What a dreadful decline for Tyreke, and for the Kings. I remember when Kings decided he and Kevin Martin couldn’t play together, and they traded Martin. That was close to the beginning of the end.

His rookie year was special. The 20 5 5 campaign gave a younger me something to root for and inspired hope for this franchise. Then, we took DMC the next season and I thought “we’re back”….. Rekes game winner against the grizz, and the bulls comeback are probably my favorite memories outside of the glory years

Harden
Rubio
Evans
Flynn
Curry
Derozen
Jennings
Oh, and that Griffin guy.
Pretty solid draft class even if you take Jennings and Flynn out (and Thabeet.) And that’s just the top 10. Then you have (in no particular order:)
Jrue Holiday
Ty Lawson
Tyler Hansbrough
Jeff Teague
Darren Collison
Taj Gibson (at 26!)
Omri Casspi

Evans may have been the ROY but I think there’s no debate who the MVP of that class is.

The thing I’ll always remember is how much Grant used to salivate over Tyreke during his rookie year.

It was incredibly uncomfortable and then hilarious to see him have to walk it back in the following years when Tyreke didn’t turn into a superstar.