After a disastrous performance against the Toronto Raptors the Kings hosted the Utah Jazz on the second night of a back to back. Luke Walton is on the hot seat and the Kings are spiraling. Can they get things back on track? Let's go to the tape...

Yeah, I'm going to be honest, the story and the summary of this game was the 20+ minutes the game was delayed in the fourth quarter when a courtside fan vomited all over himself and the court. It was...voluminous. It took forever. The Golden 1 Center staff had rags and mops and Slamson and it still took forever to get cleaned. Those poor folks were not being paid enough. Twitter was full of jokes, and it was more enjoyable than the rest of the fourth quarter.

Ok, now back to your recap.

I'm giving this to Richaun Holmes. Aside from his scoring and rebounding, he was also giving Rudy Gobert fits on the defensive end. Holmes played his heart out and deserves better than the support he receives most nights. Honorable mention to Barnes.

The Kings host the Philadephia 76ers on Monday, November 22nd at 7 PM PT.

From now until eternity…..the puke game.

“Give the jazz credit…”
“For some reason…”

Can you please post this after every loss? So… only 66 more times.

On the 12th day of Christmas the Kings gave to me

Friggin Hassan Whiteside plays 18 minutes on an 11-5 Utah team, while Marvin Bagley gets another DNP for a 6-11 Kings team.

﻿Following this clown show has actually become a lot of fun.

That was disgusting. Everyone who saw it cringed and tried to look away.

Oh, and there was vomit, too…

So is Puke Walton now officially a thing?

I hope so. It’s officially a thing for me.

Can’t wait until next preseason when Fox shows up 20 pounds lighter and skinny again and everyone starts raving about his amazing off-season workouts.

When you’ve lost the city’s biggest basketball claim to fame – a loyal fan base that shows up and gives you an amazing home court advantage – it’s clearly time to push the panic button.

Question: Did this game get Luke’s hotseat: A) hot as hell…B) somewhat hotter than cooler…..C) this game had no influence one way or the other?

I think it’s time for Vivek to coach ! It may be the only way to solve the biggest Kings problem !

Somebody should post the preseason “I love the vibes around this team” tweets from our special media.

I cannot understand why elite professional shoot so poorly as a team, RH not included.

What was this thing with Bagley chilling in the tunnel instead of sitting on the bench the second half?

The team is woefully talent deficient. It has an abundance of players who are either physically overmatched at their positions or mentally incapable of performing at an NBA level or both. Fans are abandoning the team with large numbers of empty seats visible on TV.

A rebuild would be angering, but also provide some glimmer of hope. But, unfortunately, I think we will end up watching the team slowly circle the drain over the next couple of years. I wouldn’t even be surprised if Walton finishes out the season. Why would the owners take the financial loss by firing him if the team isn’t going to make the playoffs anyway?

“Woefully talent-deficient” seems over-the-top. Talent-wise this is a borderline team. It is the sort of team that can make the playoffs but will not make the playoffs unless it plays 48 minutes of basketball with full intensity on most nights. It does not have the sort of talent that allows it to coast through parts of games in the long NBA season, then turn it on to get a victory (as the Jazz did in the fourth quarter?). It is a middling team, talent-wise.

When you add mediocre coaching, it becomes a bottom-feeder. So a coach who was better able to motivate the players for long stretches, get them into the right position to succeed, pull players immediately when they let someone blow by them (including Fox) would bring this team to the middle of the pack, which would be a seventh or eighth seed in the playoffs.

That said, I really enjoyed the first three quarters, particularly the end of the third quarter when they turned it on to reduce the Jazz’s lead to four points (and the Jazz was coasting?).

But they did not hold onto that intensity in the fourth quarter, when the Jazz turned it on again. They don’t have the talent to match that unless they play really intensely and have a much-above-average shooting night for them. They just don’t have the number of shot-makers that the good teams have.

They can control how much intensity they bring to defense. Although Buddy shot terribly, he did bring intensity to his defense–credit where credit is due. Hali also had some terrific moments. Richaun and Barnes are warriors, as is Davion.

Last edited 10 months ago by Daydreamer
1

I understand, but Parcell’s remark is apt here: “You are what your record says you are.” And this group of players, many of whom have been here for several years, have consistently missed the playoffs, losing games against mediocre opponents. The team’s performance in the bubble was terrible. Haliburton and Mitchell are an improvement, but then, other teams have improved with draftees as well, some more so than the Kings.

Fox has had 4 years to play defense. He doesn’t. Why would anyone believe that he ever will? Fox doesn’t see the floor well and can’t run a half court offense. He’s never going to do it well, at the level of an elite PG.

You know pretty quickly when players enter the league if they are going to defend. Look at Davion, look at Kuminga and Payton II at Golden State. And you also know when they aren’t. The Kings have a lot of players who aren’t. The same goes with BBIQ. In Walton’s defense, he wanted the Kings to play with the intelligence necessary to succeed. Too many of the players are incapable of it.

You don’t need to compare the Kings to the good teams in the West. Compare them to the lower ones. Look at Minnesota. Do the Kings have a player with the superstar potential of Edwards? KAT has been up and down, but do the Kings have a frontline player with his skills? The questions answer themselves. Memphis is far superior, and OKC, with SGA and a young talented roster, with lottery picks on the way, have a bright future.

Fans are not going to games in large numbers for the first time that I can remember, consistently so. Something beyond firing the coach has to be done.

I don’t want to put all blames on Walton…

but the performance of Fox is bad……….real bad.

His FG% is low…….usage is high……..cannot make 3 or free throw……..
Bad defense..not try to fight through screen..getting blow by Conley, Mitchell, or even TJ McConnell………

Hey, did he feel any “Pressure” at all ?

I am pretty frustrated and angry about Fox, as I don’t see how he “cares” at all.

Always expect the worst with this team

Highlight of the game was the kings dunk team helping a fan help propose to his girlfriend. Second was the puking fan clearing out the entire jazz bench area including part of the sideline court.

I’d say things about Fox’s imprint, which I have done so for five years, has come to light all season. I said low motor is innate from the jump

Last edited 10 months ago by Inthestarz
2

Fox is comfortable. He gets the ball, his points and his check. Sad to say, but hard to avoid.

Appropriate that there was vomit involved with this team.

I got some thoughts.

Kings don’t deserve a better record than they have.

Glad to see all the empty seats. This team just doesn’t deserve to profit.

Fox has not adjusted to the new tougher game at the rim. He struggled to finish as a rookie too, so I hope he gets right.

I’m not convinced he’ll get right.

Barry Zito just stopped pitching at a high level. This reminds me of that.

Metu is their best option to fill out the starting 5.

The GM that allows Metu to be the best option is no better than a magic 8 ball.

Any drinking game that involves taking a shot when KD says “ in his bag” would be a death sentence.

It is well past time to put Buddy back in the starting lineup, not because he deserves it. I just think it would help.

The broadcast team is probably worse in league rankings than the team ! All things Kangz😡

Metu might develop into a solid rotation guy, but the fact that he’s clearly better than your no. 2 choice in the draft is just damming.

Tough loss for the Kings. That guy isn’t coming back for a while and he paid for court side seats and a lot of alcohol 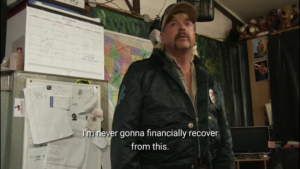 Another sad fact… Davion Mitchell is slowly fading into obscurity among rookies. You can only rave about his defense so much and it doesn’t matter when the team loses by 20. Plus, it’s pretty clear that his offensive game has a long way to go.

No way the arena workers are paid enough to deal with that last night. They’re the real heroes.

The Kangz have finally found that one important thing in decades of badness – something unique to set the badness of this season apart from all the others.

To Mr. Chunder McBarferson, wherever you may be, we lift a glass in your direction for this wondrous gift.

Finally, somebody had the stomach to do what we all wanted to do.

Just chilling with my coffee this morning waiting on a Woj Bomb or a Shams Slam. Any minute now.
.
.
.
.
any minute.

The Sacramento Kings fired coach Luke Walton on Sunday, sources told ESPN. Kings have lost seven of eight games and dropped to 6-11 on season – leaving them 12th in the Western Conference.

Why are we surprised the team is performing like this? The same core players and coach are producing the same old results. Fox has clearly shown he is not capable of leading a franchise. Their best free agent pickup was….ummm…err…exactly my point. Drafting Davion was a smart move but a rookie that plays 20 minutes a game will not change the culture of the team. I wish management would stop giving us a verbal BJ about wanting to make the playoffs and actually do something. I’d rather blow it up and rebuild than watch the same garbage every season.

They only fired him a year too late, so, congratulations?