No matter how you feel about the Kings' win on Sunday, I respect your opinion, but I will firmly be the type who is clinging onto the good feelings of a win like it's a roll of toilet paper in the beginning of the pandemic. I had almost forgotten what it felt like to win a basketball game, so I will be soaking in the good vibes for as long as I can. For another great argument on why you should allow yourself to enjoy this one win, go check out Greg's article from earlier today. 11-year-old me was very grateful while reading it. Anyways, onward we go! The Kings faced the Minnesota Timberwolves tonight for the first of a back-to-back matchup. Let's see how they did:

And just as quickly as they came, those good vibes are gone again. There was a lot of scoring, not a lot of defense, and some weird vibes in the fourth quarter. Harrison Barnes and Moe Harkless led the Kings, each scoring 20 points, while Karl Anthony-Towns ate big tonight with 26 points and 18 rebounds and D'Angelo Russell once again torched the Kings with 28 points off the bench.

Despite the loss, tonight was fun because for the first time in 405 days, fans were allowed inside Golden 1 Center to cheer on the home team. 1,600 of the best fans in the world devoted their evening to cheering on the Sacramento Kings - this alone makes them heroes. But beyond their loyal fandom, these 1,600 fans are all also frontline workers and so automatically deserve the King of Kings title for tonight. For your courage, hard work, sacrifice, and compassion, thank you, Kings fans. You really are the best.

To prevent spam, our system flags comments that include too many hyperlinks. If you would like to share a comment with multiple links, make sure you email [email protected] for it to be approved.
Subscribe
Login
Please login to comment
45 Comments
Oldest
Newest Most Voted
Inline Feedbacks
View all comments

This loss is on me. I picked the Kings to win in the Not-another-dumbass game. But to be fair, I was fouled.

Tank you very much, T-Wolves!

Start of another streak! Let’s go. Lose like you mean it.

Not playing Haliburton at least 30 is idiotic. In every way. Whether developing or trying to win.

I hope your son is okay, Greg.

He was in bed. Tank on, my friends. 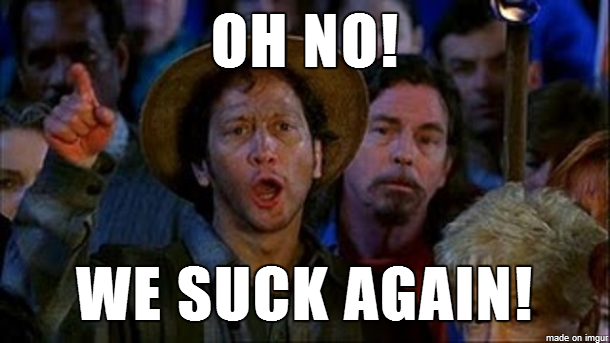 To quote Kayte in the postgame, there were a lot of positives!

Yes, another lose is one step closer to cleaning house. To not giving V an excuse to continue on this path.

I loved how Jerry explained his view on broadcasting / being a colour guy on the last podcast. So spot on.

Last edited 1 year ago by RikSmits
16

Yes, that was great. He called out Kings broadcast for doing the shit that irritates us all. Over hype-overly positive rather than realistic and fun.

ive grown to hate listening to Doug and Co. Hardly any analysis. And can’t count how many timeS Draper has lost his shit complimenting a Kings player on an almost play. What an incredible move, even though he didn’t make it!. Bottom of the NBA, like everything in this organization.

DC and Draper sound like they’re drunk at a party for 3/4 of the game until the Kings lose by 15.

I think I’m okay with it. As I get older, I just kinda think if I’m going to watch the kings, then I need to do so from the perspective that it should be enjoyable. I can isolate individual plays from the overall scheme of things. Like that Chimezie alley oop last night was fucking dope. Why can’t I just enjoy that play, in real time, as if I was a random bball fan who saw it on Twitter after the fact? Part of that is the announcers matching their enthusiasm to the fun-level of the play; regardless of the score.

Maybe I’m not old enough, but there’s too much “boy who cried wolf” in their announcing – getting over-the-top excited for marginal plays and even plays that result in turnovers, etc? And talking up each of these guys individually, with very little criticism – it’s like they are playing to the lowest denominator of fan.

If they saved that stuff specifically for the really exciting plays, I’d have no problem with it. But this is a lousy basketball team that’s playing about as poorly as they have all season – let’s keep it real from time to time.

“Boy who cried wolf” applies to both the over-enthusiasm and the reffing.

They think the Kings get fouled every other play and I hear ” you know, there is not much there” on seemingly every call against the Kings!

They really are almost as bad as the players themselves.

Earlier in the season, I really thought Draper worked better with Christie than Mark Jones did. But that relationship has deteriorated right along with the team.

Last edited 1 year ago by Otis
1

What did those 1,600 frontline workers did to deserve this type of basketball purgatory performance?

I’d love to see Naz Reid in a kings uniform.

I mean, come on, Luke didn’t even come out in time to have his interview aired during the postgame show on TV. How many times does HB have to come out before Luke? I swear, I’m really tempted to use swear words regarding Luke. He’s a total loser and will never coach in the NBA again. He’s a beneficiary of WHITE PRIVILEGE. No talent yet he’s coached for how many years?

Last edited 1 year ago by MillersCornrows
4

The most Kangz thing that could happen is 1. We keep Lose for the following year, 2. The team improves (somehow) to have a year like 2018, and then 3. We fire him after the season and have to start all over again with a new coach

I agree that LW is…well LW.

He is the beneficiary of a contract, friends with former GM, unstable FO and downturn in business revenue.

I disagree it has anything to do with race. Particularly in a sport that is predominantly succeeded by ‘minorities’.

I mean isn’t that kind of the point, what did he do to earn such a contract? Why didn’t Vlade give the contract to a different friend? LW wasn’t an amazing player, or head coach. Did well as interim with an amazing Warriors roster.

In a league where almost 3/4 of players are Black, less than 1/4 of head coaches are Black. Why is there a disparity? Do Black players have no desire to coach?

I think dismissing the notion that this does not have anything to do with race is negligent in responding to Millers white privilege comment.

At least Steve Nash, who sparked this conversation when he was hired, was a brilliant high IQ player and leader. If Dwyane Wade became interested in coaching, would he get offered a HC spot with no experience? I don’t think so.

How many Asians, Hispanics or Native Americans are considered for any NBA positions ? Some minorities do not seems to count ! Bigotry in a different form !

I’m not sure what your point is….but I agree that white supremacy is a problem?

This is actually an important conversation to have, and if you think social justice doesn’t belong in sports, you’re turning your back and being complicit to the injustices of this country.

That is the point ! It does not for several minorities ! Explain why you do not think they should be considered and not included ! True social justice is inclusive !

I had no idea I’d get such a negative response from my comment. I’ve stated many times that Luke lacks talent but is a coach because he’s privileged and there was no problem. So I add in “white” and there’s a problem? What other kind of privilege is it? A little denial that race matters and that white privilege is a thing in some comments.

Last edited 1 year ago by MillersCornrows
1

Honestly people prefer to not see color’ but that’s harmful for us folks of color. Because there is a difference among us.
So adding white’ to the conversation, specifically privilege, is uncomfortable for some (or I should say, many).

Yeah I hear you. The point is to not be colorblind because race and ethnicity does mater. We can strive for it, but just can’t be colorblind in this day and age.

Last edited 1 year ago by MillersCornrows
0

I’m still not following your point? I don’t think ANYONE should be excluded from coaching opportunities. And nowhere did I say that….

My personal opinion is that, if you have gotten plenty of experience as an NBA assistant coach, or college head coach you could then deserve an NBA head coach position. I don’t like to see someone with no experience handed the job.

The conversation centers on Black and white, because that is a majority of the league, and the discrepancy in Black head coaches vs white, despite most players being Black. Of course I believe every race/ethnicity should have a chance at coaching.

Somewhat off-topic question. Which prospect in the 5-12 range fits the “jazzy” style of the kings? (I.e. all offense and no defense). My money is on Wagner or Kispert (the next Klay Curry).

IS THAT TOO MUCH TO ASK BASKETBALL GODS?

The basketball gods have given the Kings many chances over the past few years, and they spurn the gods every time. Their backs have been turned on the Kings.

That’s really the problem. The Kings HAVE been really lucky a couple times and totally blown their chances at franchise change. Not picking Luka really broke me because it was so obvious and yet they couldn’t even get that right.

1) would Kenny Atkinson be your respectable choice ?

2) We definitely need one of those – Jonathan Kuminga / Cade Cunningham

3) How about a) keeping Harkless, Davis, Wright, Metu
b) trade away both Buddy and Bagley

If all those above really happened, would you give a A+ for this off-season ?

I honestly don’t think we could get ANYTHING of value for Bagley and with his age would just keep him at this point (unless they did get a decent offer).

One less year on the contract will help Buddy, plus a team believing they could get more out of him than Walton (they absolutely can) makes me think they could get SOMETHING for him, but even if it’s basically a give away I’m good with it.

I really think they should consider Lonzo if they can unload the Buddy contract. Keep Davis, Wright, Metu.

How many times is he going to go ultra-small against a big team? Luke is a terrible coach. He has zero sense of what is happening in the game. Good God.

those ultra-small ball only works for once against the Bucks (luckily) and B, Lopez

other games……..just sucks and not working.

I am going to look at the bright side: at least we are not tanking!

I mean, that would suck!

Correlation, causation, who cares? Our coach is an idiot!

The Kings are 7-8 when Tyrese Haliburton starts and 16-27 in all other games.

And Haliburton’s minutes have been in decline while none of the young guys get any minutes. It’s coaching malpractice. I chuckle every time I have heard Doug and Kyle pontificating on why the Kings look “disjointed” or “out of rhythm” immediately after Hali leaves the floor. It’s not rocket science guys. The offense looks worse when your best facilitator isn’t on the floor.

Pictured below: The rookie wall – 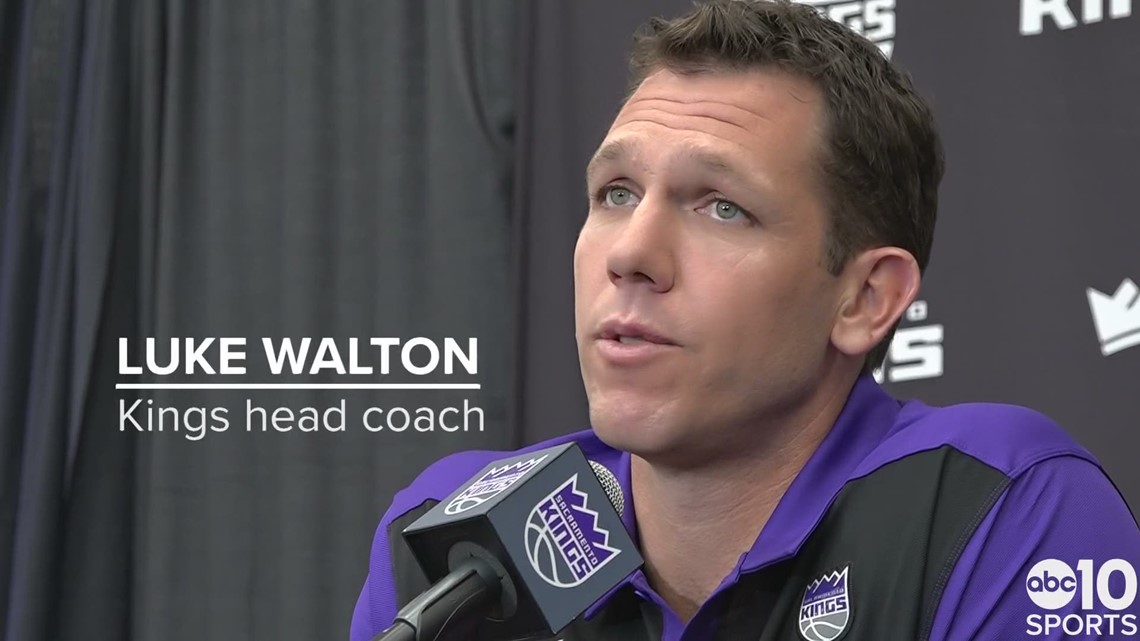