In an interesting turn of events, reports Wednesday indicate that some NBA players may be less interested in returning to play than others. ESPN's Adrian Wojnarowski reported that a group of players don't want to return to play and a deal may be put in place to allow players to skip out without being fined.

The NBA and NBPA are expected to agree on a provision that wouldn't require players to restart the season, nor subject them to discipline for staying home, sources tell ESPN. The players would lose a portion of salary for those games missed. https://t.co/WkV5qqEmE5

The NBA and NBPA are nearing completion on items needed to reach a final agreement on parameters of a return-to-play, sources said. Some players with hesitation have been discussing a number of issues on return, including family concerns, COVID-19, social justice, and more.

While it isn't surprising that not all players would be eager to return in the current circumstances, it does raise a number of interesting questions. The biggest question, of course, is which players may skip Orlando. We already know some teams will be without players due to injuries, such as Bojan Bogdanovic for Utah and LaMarcus Aldridge for San Antonio, but teams could find themselves unexpectedly missing other players as well.

We'll continue to keep a close eye on if any Kings players or if any notable opponents choose to skip the remainder of the season.

What if Fox is one of these players?

He’s so good he has to duck himself!

To be clear, this is just a GIF about the joke of players ducking fox.

Except for Lonzo, of course.

Can we boo any L*ker?

The NBA and NBPA are expected to agree on a provision that wouldn’t require players to restart the season, nor subject them to discipline for staying home, sources tell ESPN. The players would lose a portion of salary for those games missed.

Now I’m no rocket surgeon, but couldn’t docking their pay for not playing the games be seen as a form of discipline?

Last edited 2 years ago by Otis
2

Get ready for some “8 games of personal leave” being announced. This could get messy, and frankly I’m not surprised by this one bit. We are still two months out and COVID numbers are spiking. With an inevitable 2nd wave coming, if give a renewed NBA season about a 20% chance of happening, and that is being generous.

Generally if you decline to show up teams can issue fines in addition to docking pay.

In a normal world, sure. My employer could do the same. But they aren’t currently because it’s dangerous to my health and to the health of others to work inside an office environment.

And back to my initial question (not sure if you’re agreeing or disagreeing) – wouldn’t salary reduction be a form of discipline?

Last edited 2 years ago by Otis
1

I view it more as ‘unpaid time off’, assuming there are no additional penalties for missing the 8 games. Seems like a rational compromise to me.

I kind of see it the opposite – their employer is offering to pay them, as long as they are willing to risk their health. On top of that, they are being set up for an extreme amount of peer pressure if they’re unwilling to play – you think fans are going to be rational if one of their better players decides to stay home?

Again, in a normal world, I’d totally agree with you both.

My gym (CalFit) is opening on Friday, but I can’t play basketball, and probably won’t be able to for a while. It’s a sport that is pretty high risk for spreading the disease.

I agree with Adam, I think the league is really playing with fire here.

Is it safe to play racquetball?

Or too close of quarters and not good ventilation?

Tennis should be fine, yeah? Maybe as long as you switch out balls after switching servers.

Sumo is probably out of the question at this time, even though my body has transformed during the lockdown enough where I’ve been thinking of going amateur…

Both of the local gym systems in my area are not allowing racquetball “initially”, for the same reason as hoops – the inability to control social distancing.

USA Racquetball has some pretty detailed guidelines for play. Gloves on both hands, masks, no doubles, each player uses their own ball when they serve, one person is a designated “door opener”. Pretty wild. ð

Tennis is open air, so that’s better – but the USTA still has some similar advisories for playing matches.

Most sports advise you to play with someone in your household. I think this puts your sumo idea in play, considering my, uh, roommate has gained a decent amount of weight during quarantine.

At least I’d be getting some action.

Last edited 2 years ago by Otis
3

It wasn’t me my fellow Blue’s Brother .. but enjoy them turn on you .. even for a math joke.

Yup, if a team can rest players throughout a season, for multiple games, for load management, how can they withhold pay if a players choses to do it for himself?

So if a player takes time off in a normal season for something like grieving the loss of a loved one, birth of a child, etc, do they not get paid? That’s not unpaid time off as far as I know

We are talking about 8 games to start here. For perspective, would anyone blame Karl Anthony-Towns if he didn’t want to play? I know Minny is not one of the 22 teams, but the point stands.

No argument from me. Let’s be honest. Being more than 2 consecutive days in Disneyworld is detrimental to one’s health. 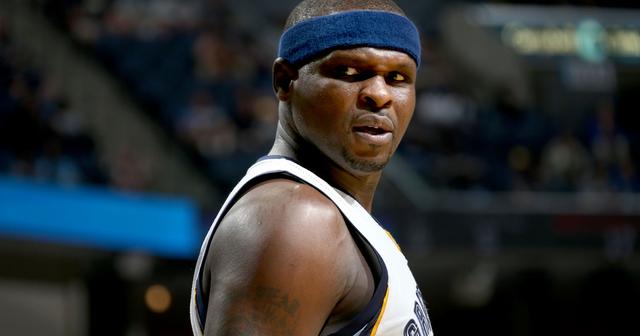 Funny, Damien Barling talked about this on his podcast….would player take a “smoke break” in a designated area since they probably wouldnt do it in their room

Last edited 2 years ago by G-naps
0

Skipping Florida seems like a prudent decision in virtually any circumstance!

I never really thought much of visiting Florida before, except to maybe enjoy Disney World. But now that I’m getting older I’m thinking I should visit Miami/South Beach before I’m a raisin and would get shamed for wearing a bathing suit.

The Cuban parts seem like they’d be fun too, if I never make it to actual Cuba before kicking the bucket.

Last but not least, I heard the girls are golden!

Didn’t see it, but I assume Dave will need another week off if Vlade is ever fired.

I don’t understand how players wouldn’t want to play because of social justice issues. Seems like it would be better TO PLAY, and spotlight the issues with their comments, sneakers, warmup shirts, kneeling, whatever….seems like they’d be in a position to get a lot of leeway from the league as well.

I think there’s an argument that it could take away the spotlight from the current protests and civil rights movement.

Some have attributed the fact that so many are currently unemployed and not busy/distracted that people have been able to pay the issue a lot more attention this time around compared to say Ferguson in 2014.

So resuming games would create more of a 2014 environment where equally appalling crimes got less attention and protests didn’t pop up in other cities, much less all 50 states like in this special 2020 brew of circumstance we’ve got going.

list of players that can sit out the remainder of the season if they want:

Ja Morant
JJJ
Zion Williamson
Damien Lillard
Luka
and what the hell, Luke Walton should probably chill too. take time with the family.

Hmmm Now Mr Pickles in Davis is in the news… I hope that Slamson is careful in social media .. Man! That guy’s a cuc.

OK, Scratch off the Mr. Pickles avatar for TKH.

Bele & Lokai might be a safe avatar now? … Ducks ! 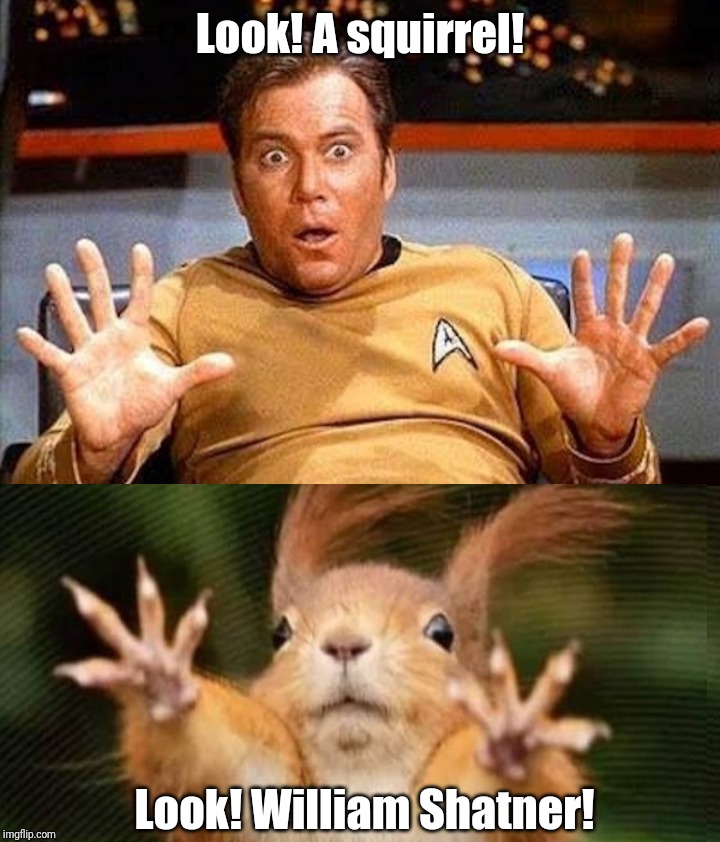 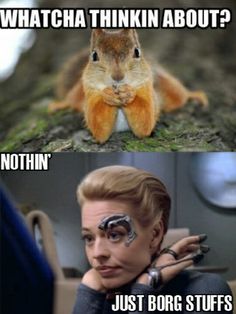 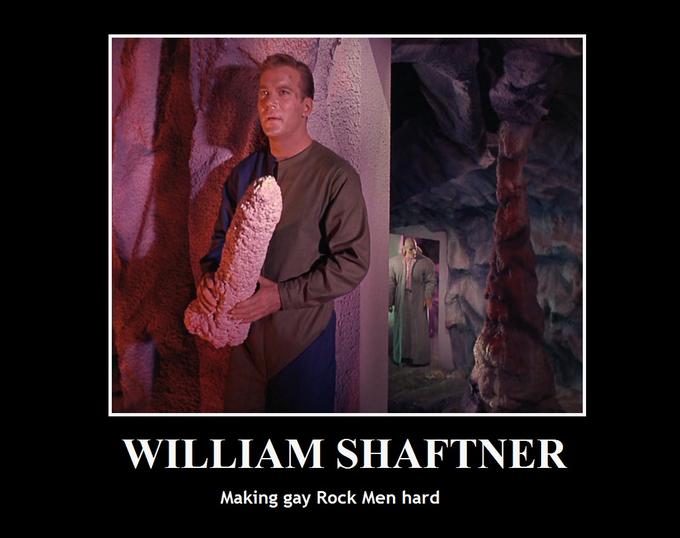