The Sacramento Kings have released the remainder of the schedule for the 2021-21 season.

Following Thursday's game against the Portland Trail Blazers, the Kings will return to action on March 11 against the Houston Rockets at home. They will then embark on a six-game road trip beginning in Atlanta on March 13 and finishing up in Cleveland on March 22.

They will take on the Dallas Mavericks and that guy who wears their jersey who is really good on April 18 and April 26 - both games are on NBA TV. Their last game of the regular season (Playoffs? No way. Right?) will be on May 16 against the Utah Jazz.

Here is a full look at the calendar for the next three months. 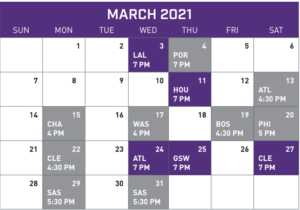 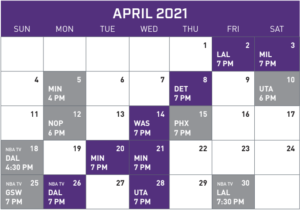 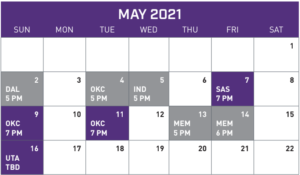 The rest of this month looks like we could be taking some critical hits to the tank. I am confident in Luke’s stewardship as our Tank Commander, however. I feel like even without reviewing the tape he can decisively snatch defeat from the jaws of victory in at least some of those winnable games.

In Luke we Tank.

I was thinking the same thing. That schedule can potentially put us in the worst place to be….The Middle.

I think we miss playoffs but might make playin games….

Hopefully McNair can save us. I think w/out Barnes and Belly we are significantly worse, if he finds something with Buddy and Holmes as well we are absolutely dog shit the rest of the year and will have secured a bottom four record.

Won’t be bothering to print out the schedule or watch any games the second half. If the management’s strategy is to get 15 years’ straight of top lottery picks and make nothing happen, and lose hard core fans in the process, then I guess it’s a success. Great work Vivek–NBA 3.0!