The Athletic's Shams Charania kicked Kings free agency rumors off with the littlest of reports, but considering how quiet the basketball news has been around here since Sacramento left the bubble, it's probably worth talking about.

If we're being honest, "expected strong suitor" is about as weak as a rumor gets, but it's something? The Bucks should want Bogdanovic. He's a win-now player, and a perfect secondary playmaker/shooter to put around high-usage Giannis Antetokounmpo. Pursuing Bogi makes sense for Milwaukee.

One of the biggest decisions facing Monte McNair and his new front office over the next several weeks is Bogdan Bogdanovic's future with the organization. Bogdanovic is set to enter restricted free agency following the 2020 NBA Draft, which grants McNair and the Kings the ability to match any offer he receives from competing teams in the offseason. The Kings, for the most part, control Bogdanovic's immediate destiny.

Bogdanovic will hit restricted free agency coming off the best season of his career. In 2019-20, Bogi averaged 15.1 points, 3.4 rebounds, and 3.4 assists on .372 shooting from 3, and .440 from the field. He also secured a consistent starting role next to De'Aaron Fox that inadvertently placed Buddy Hield into a sixth man role that he wasn't particularly happy with. What the Kings decide to do with Bogi in free agency could seriously impact Buddy Hield's future in Sacramento. No pressure, Monte.

The problem for Milwaukee is that the most the Bucks could offer Bogdanovic in free agency is the mid-level exception, roughly $9 million, a figure the Kings would be foolish not to match, and a contract Bogi would be foolish to sign. He's worth more than that.

The Bucks and the Kings could, in theory, negotiate a sign + trade for Bogdanvoic, but with both teams operating above the salary cap, it would be pretty difficult to pull this off in a way that fairly compensates both sides without a third team getting involved. A sign + trade is possible, yes, but complicated.

The Bucks have a few young assets where this theoretical sign + trade could make some sense for the Kings, too. The Bucks own the Indiana Pacers' 2020 first round pick, and Donte DiVincenzo is a compelling, younger, cheaper Bogi replacement if Monte McNair views this season as an opportunity to perform a miniature reset, clear some cap space, and get younger. But ultimately, the complicated nature of this transaction makes any real Bogi-to-Milwaukee speculation seem unlikely.

There you have it -- the first of many Bogdan Bogdanovic free agency rumors we're going to read about this offseason. Buckle up. 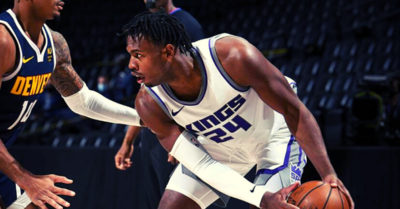 Has Buddy Hield broken out of his shooting slump? 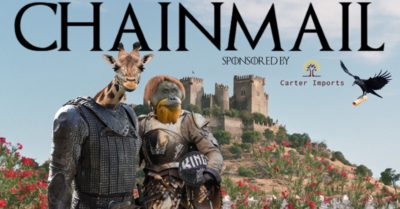 Chainmail: Answering your questions about the Sacramento Kings 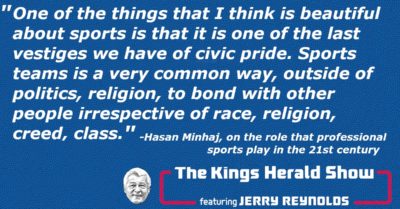 Hasan Minhaj on his life as a celebrity Kings fan, with Jerry Reynolds on The Kings Herald Show

I’m not sure how the Bucks could pull that off financially. Bogi is pull at least what on the open market… $12-15M per year? They’d have to move Lopez or Bledsoe to make it happen right? Maybe a third team involved?

I think CP3 will be their first priority. If not, I think Bogi is their backup plan. Idk how the money works but I assume they’ll try and trade Bledsoe.

I’m not sure they have the assets to get CP3. It would likely take Bledsoe, Lopez, and future picks to pull that off.

I think the only way CP3 ends up in Milwaukee is if Giannis tells them he wants him or he’ll be pissed otherwise. It’s such a risky win-now move financially and on-court.

If we could extract Divincenzo and a pick (after Giannis’ contract ends), I would pull the trigger. Obviously, making the numbers work is easier said than done.

If the Kings could get the Bucks 2023 or 2024 first rounder with light protections, would that be worth taking on Bledsoe.

I’m thinking something like Bogdanovic and maybe salary filler for Bledsoe Divincenzo and the Bucks 2023/2024 1st (top 3 or 5 protected).

That’s a good point. Bjelica’s unguaranteed deal will be easy filler, and Milwaukee would likely have some time to decide to keep him based on when/if they can dump Ilyasova.

DiVincenzo is an intriguing possibility. He’s a lot more athletic than Bobo, and already a better defender. I haven’t watched him enough in the NBA to have an informed opinion, but when I’ve seen him, he does seem to move well without the ball, and work hard on defense.

He may also have that Bobo killer instinct; he really stepped up when Villanova won the NCAA championship a few years ago.

A lot of moving parts, but going younger with a guy like DiVincenzo right now during McNair’s rebuild has some merit.

It’s so hard to project DiVincenzo’s off-ball stuff on the Kings because he’s always played with the gravity of Giannis on both ends.

And 1…go get him. Give Buddy the starting gig. Bring DiVincenzo off the bench. What they don’t know is this kid is a BEAST. He’ll overtake Buddy in a heartbeat pending rotations and adjustments. I can see a Fox & DiVincenzo backcourt that could be awfully scary. Dame and CJ light.

Too bad the Kings didn’t trade him to the Bucks at the deadline last season.

do you think Bogi would have made a difference against Miami in the playoffs?

Maybe? It’s hard to really tell. It’s just that it’s a lot easier to make the trade at the deadline than do a S&T. Maybe the Kings get more for him now because the person negotiating isn’t Vlade though.

Who will we replace BB8 with?

But how will our new player be on defense?

Isn’t the goal to get younger though?

What a whirlwind morning it’s been in the NBA: first Kings rumor of the offseason, Morey quits the Rockets, and now Ty Lue and Billups as coaches of the Clippers.

Buddy, Bogi, and our 1st rounder in a sign and trade for one year of Giannis you say?

Interesting. Then we flip Giannis at the deadline to the Nets for Levert, Dinwiddie, Jarrett Allen, and multiple picks. And I can finally turn off 2k21

I really like Bogi. I hope he stays but I know he’s probably more valuable to us in a trade. His buzzer beater against the Lakers is one of the all-time great Kings moments for me. I haven’t gone that nuts after a Kings W in a long time…for obvious reasons.

Hey, wasn’t there just a discussion that Joerger wouldn’t get another job again? 😛

Dave’s going to beat the Kings to the playoffs.

It is entirely possible that Joerger and Malone could meet in the NBA Finals before the Kings make the playoffs again.

I don’t see the 76ers competing in the finals especially with that roster.

Oh, I’m sure he’ll use the “I meant as a head coach” caveat. But Joerger’s clearly not damaged goods, considering Philly has pretty high expectations going forward.

But still, that is too close for comfort for that insubordinate. What is Doc doing lending his credibility to having that terse curmudgeon breathing down his neck?

It’s so cute that you think NBA people would blame Joerger for that situation.

Oh no! Yogurt got another job!

So much for Buddy to the Sixers…

OT: LOL! With CP3 officially on the block, Lakers think they can swing a trade for him. What the hell can they offer? Kuzma, McGee and at 2035 first round pick? LOL!

Chris Paul to the #Lakers? Some NBA execs believe LeBron James will make it happen.https://t.co/tjW8ONBJnN

I don’t know how the Lakers can make the dollars work from a cap standpoint, but I wouldn’t put it past them to be able to figure it out. Question is, how bad (if at all) does OKC want to get out from under his deal?

I don’t think OKC “wants” to get out of his deal, they are looking to get quality assets in return. Reports are saying they want picks and youth. Lakers don’t really have either. I still think Miami is the dark horse in the CP3 market. They can offer nice young players and picks. They can also absorb his deal while not sending too much in contracts back.

It boils down also to CP3 – will he leverage OKC to send him somewhere he wants to go? That second remaining year on his deal is a player option, if I’m not mistaken.

You are correct, and that is a good point. He will likely through his weight behind the desire to go to a contender. I doubt another team is going to pay a steep price for him if he only guarantees 1 year. This is why I think the Bucks don’t pull that trigger. CP3 may opt out if Giannis leaves the Bucks.

I still think it will be Miami.

Yeah, I couldn’t see why CP3 would object to heading to Miami.

Miami has the cap space and Bam and Butler locked up and can offer some young talent in Herro, Nunn, and/or Robinson to entice OKC.

Any deal for Paul likely means Herro and picks going to OKC. It also takes Miami out of the Giannis sweepstakes next offseason.

Do they really want to sacrifice both of those things?

Let’s see if Monte McNair can beat the return of Alex Oriakhi and a trade exception!

I’d rather have Bogi at 28 than DiVincenzo at whatever age he is. Although, the Pacers’ 2020 pick might have me listening.

Nah. I got my years confused. I was thinking a 2021 pick. Anyway, I don’t think DiVincenzo can be seen as a Bogi replacement. He would not replace his playmaking or shooting. So I can’t see a trade being built around that. Most of the trade ideas are premised on some false hope that the Kings are having a fire sale.

Would you rather: Kyle Kuzma or Donte DiVincenzo? - The Kings Herald

[…] this week, Shams Charania of The Athletic reported that the Milwaukee Bucks would be a strong suitor for Sacramento Kings restricted free agent Bogdan Bogdanovi… With a sign-and-trade being the only realistic way for the Bucks to acquire Bogdanovic. With few […]