On Monday afternoon, the Los Angeles Lakers waived guard Quinn Cook from their roster, and according to Dan Woike and Broderick Turner of the Los Angeles Times, Sacramento Kings center Hassan Whiteside could be a trade target for General Manger Rob Pelinka:

Sacramento center Hassan Whiteside, who is averaging 8.3 points, 5.7 rebounds and 1.3 blocked shots in 14-1/2 minutes per game, is a possible target the team could pursue.

The Lakers may look to acquire a big man's services due to the recent injury to superstar Anthony Davis, who is expected to miss at least the next four weeks with a calf strain and a recently aggravated case of Achilles tendinosis, an injury no one wished to take lightly. Los Angeles has lost three of the four games since Davis went back on the injury report, and their big man depth isn't exactly awe-inspiring, with the 36-year old Marc Gasol and severely undersized Montrezl Harrell as the only current options at center. Whiteside could provide some nice backup minutes for Gasol as a shot-blocker and rebounder, and his contract is also perfect for the Lakers, as they can't afford to pay much more than the minimum due to their hard cap situation, especially if they aren't sending much salary back to the Kings.

Whiteside's trade value would be low, as expected for an average backup on a minimum deal, but the Lakers could still provide a small asset in exchange for his services. Pelinka certainly wouldn't surrender a young player like Kyle Kuzma or Talen Horton-Tucker; however, the Lakers do control their second round selections in 2023, 2024, and 2025. A pair of those would almost certainly get things done for Kings GM Monte McNair, while opening up additional minutes to experiment with Marvin Bagley at center, as well as developmental time for Chimezie Metu when he returns from injury.

We'll be sure to keep this story updated as things potentially develop.

No way you get a first for Whiteside.

He’s still got it, folks!

NEVER MAKE A DEAL
WITH THE DEVIL.

Apparently, we’re all agreed that Kuzma shouldn’t be playing in Sacramento other than when the Lakers visit.

But what if they offered fringe all-star Alex Caruso?

I kind of hate him, but he does play defense. I honestly have no idea who would play center if Whiteside goes. Holmes and Bagley can’t deal with the bigger guys, and Metu isn’t an option for a while. Losses piling up this season doesn’t bother me at all, but the Kings will take some pretty brutal beatings if they can’t get a legit center on the floor from time to time.

I imagine there are some unaffiliated guys in the D-League that would be able to occupy that space, but no one on the current roster is built for it.

I know a certain former Kings center that may be available..

Seriously, why give up an asset for Whiteside when there are other free agent big men willing to take a vet’s minimum deal out there.

Possibly, but he’s still gonna just get spot minutes behind Gasol and Harrell and will likely fall out of the rotation once AD returns. The Lakers are a lock for the playoffs so it’s not like they need him now.

Just my opinion, but I think the Lakers would be wise to just sit on that empty roster spot and only fill it if they desperately need a positional player for the playoffs. They can platoon the 5 spot with Harrell, Gasol, and Morris until AD returns.

Because once Davis returns, he’s pledged to never be injured again? And realistically, Whiteside is more productive than Gasol.

Tendinosis means it’s here to stay and they will be limiting his mins. as much as possible for the foreseeable future

Those guys either have a lush head of hair into their nineties or are clearly balding at twenty-five.

Great food and beautiful women, though.

I wouldn’t be surprised if the Lakers just signed DMC to a vet’s minimum, or just start out with some 10 day deals. 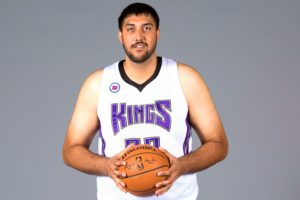 I would take the Laker’s 2020 second rounder and then looking back the best guy we could have got for that! 😉

Deal, or No Deal?

With the Kings having a trio of 2nd round picks this year, I’m fine with a ’23-’25 2nd round pick. Hell, the further out, the better – gives LeBron a chance to retire.

Assuming Lebron retires. He will be playing with his grandkids by 2045.

We regret to inform you that it is time for you to “pack” your bags. We could not “reject” this generous trade offer of some random second round pick in the year 2061. Please don’t “block” us on social media.

Mark Jones is bringing back the basketball lingo of my younger years.

Whiteside for a 2nd? DO IT

Whiteside for John Salmons and Jimmer Fredette? DO IT

Honestly, that should be a perma-ban.

I’m testing the limits here on TKH. I guess that’s the limit.

Literally anything for a vet min FA that is playing to his contract is a win.

The way that article is written, it sounds like Whiteside could technically be trade target, or a target on the buyout market.

Unless there’s a larger deal in the works, why dump a productive player on a minimum deal?

there’s plenty of valid reasons why a team like the Kings would waive a player like Whiteside. The most obvious is to save money. They may want to open the roster spot to sign younger guys to 10-day contracts, or claim a waived player. Also, he may want to go ring chasing, so they can do him a favor and waive him if a trade doesn’t materialize. That’s basically what Houston did with Cousins.

If Monte gets even a 2nd for Whiteside that is great value for a player who is barey hanging on to being in the league.

I mean he had 26 and 16 on 80% shooting with 5 blocks against a championship contender like a week ago. I’d be happy to grab the 2nd rounder, so I’m not suggesting he’s an every day all star. But I don’t think it’s especially surprising that a contender would stash him on the bench for spot minutes. He is still very much a mismatch in certain situations, so I think he’s doing better than barely in the league.

Taking a minimum deal with the Kings is pretty much the textbook definition of barely hanging on.

This guy is as full of shit as the actual Peaches. Whiteside’s numbers per 36 are well above average.

The disdain for a productive player on a minimum deal borders on farce.

So why did they waive Cook when they could have used him as trade filler? Sure it opens a roster spot, but his contract was so small (only $1M) they can’t fill it with another vet’s signing since they are hard capped.

Does Whiteside, Joseph, and Barnes for James work out under the CBA?

2nd round picks are typically worthless. I would rather risk the Lakers floundering for the next few weeks than get a 2nd round pick.

…he said, as we have one 2020 second-rounder on the active roster, one killing it in D-League, and another not even nineteen yet, and who shows some promise.

Whiteside was a second-rounder. You may not like him, but he’s had a pretty good career.

I like Whiteside, but lets not get into the rich history of Sacramento Kings 2nd round picks. We said the exact same thing you said above abt Orlando Johnson, Patrick Ewing Jr, Sean Singletary, Vanja Mainkovic, Tyler Honeycutt etc.. 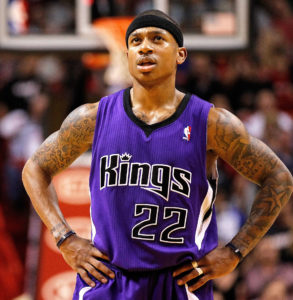 Not if you need money ! Ask Joe Maloof and maybe Vivek !

What’s not to like about this possible trade. Monte is a genius! Can’t wait to see ‘Bron light a fire under Whiteside’s lazy ass

Don’t give a fig about second rounders. It’s treading water.

Bring back Boogie. Then at least I’ll have something interesting to watch