After a win over the short-handed Phoenix Suns to kick off the 2021 NBA preseason, the Sacramento Kings dominated the Los Angeles Clippers on Wednesday evening. The game was a back-and-forth affair for much of the first half, but the Kings leveraged a 23-4 close to the third quarter to blow the game open, and it was never particularly close from that point on. While preseason basketball doesn't mean much in the long run, a few things stood out:

The Kings are off until Monday evening, where they'll take on Damian Lillard and the Portland Trail Blazers. 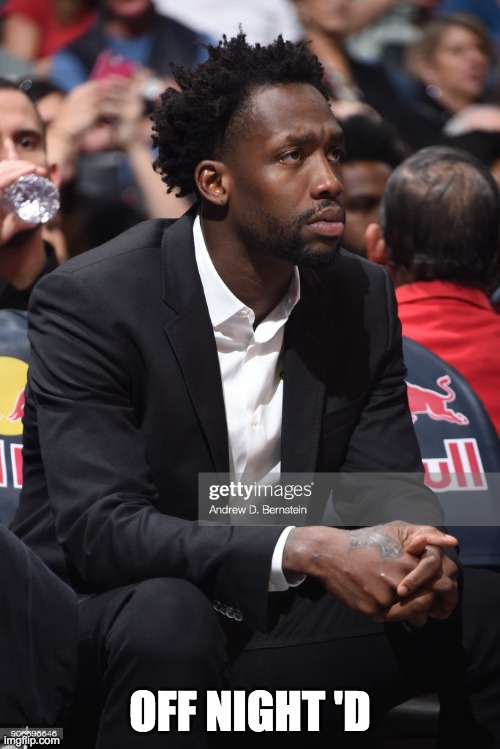 LOL, how did I miss him getting traded?

Several impressive defensive plays by Davion don’t show up in the box score.

As Davion said in an interview (paraphrasing)

“All that matters is the W’s.”

Last edited 11 months ago by Kosta
1

Doug Christie’s move to the coaching staff is looking like it’s paying off and may be the dark horse for the MVP depending on the results of the season. And Davion was the right pick. The way he guarded George with a size disadvantage was all I needed to see. Hopefully this perceived progress leads to a play in.

Thanks for being a part of the Kings Herald comment community, Doug. But maybe you want to ease up on calling yourself as an assistant coach the “MVP”.

Was not Longardi just hired as the top defensive assistant coach ? Might need to pump the bakes on that ! Christie is not one of 4 assistants !

Sounds like other had issues with your DC comment. What bugs me infinitely more, however, is when people talk about the play in like it’s a goal… The play in means absolutely zero unless you win the pay in game(s) to get to the actual playoffs. The playoffs are the goal, NOT the play in. …and as unlikely as it probably is, a top 6 seed should really be the goal so as to avoid the play in entirely.

Wild Card and Play-In are not the playoffs.

Looks like Davion can help solve some of those concerns about roster balance or depth at SF. As the article says, he defended Paul George well. He also was the only player who didn’t let Brandon Boston do whatever he wanted to do. Although the box score does not show it, Boston impressed with ability to drive by Fox with ease, and get up shots over anyone. But the one possession where Davion guarded him, he swiped the ball out of his hands. So if we’re wondering who else can guard tall wings after Barnes and Harkless, … Davion.

I think issues will be with rebounding. But he can guard pretty much anyone on the perimeter it seems. Len and Thompson are both decent if not good rebounding bigs, so they might help cover up some of that deficiency.

Yeah, I see that. The solution might have to be a collective effort.

yes, lots of situational substitutions- TT can do well against some centers and Len will do well against others. Same with 3 guard line up combinations
Kings need a coach who anticipates, does not react and plans in advance. Sarcastically, this sounds like coach fluke.

In college, he did a great job on Cade Cunningham who is 6-8 and sort of similar to PG3. He seems to do well on ball handlers- put the ball on the floor and he is all over it. He suffers in post ups from bigger players and that will be the counter move by opponents

Never been more excited to see someone play defense. Davion is a defensive genius out there. For a 6 Ft. guard to make Paul George uncomfortable takes a high level of skill. Loving the 3 guard line-up of Fox, Hali, and Davion.

Okay, I can quite sure Fox, Tyrese and Barnes are the deemed as the starters for sure.

But I think in next pre-season game, it’s time to try to insert Metu into the starting lineup, together with Alex Len…

p.s. To my long-time eye test on Bagley, he is still the same guy..
NO DIFFERENCE…….he does not deserve big minutes at all.

..but Bagley is our top accidental-assist player

Bagley is the same player. And he made Keon Johnson look good. (Whereas Davion blew right by Keon)

So, the speedy guard found it easier to blow by Keon Johnson than did a forward who is a foot taller?

What a crazy world.

It’s more about players who don’t belong on the floor all of the sudden having a value when matched up with Bagley.

Yeah, sadly, he’s gonna be an NBA journeyman. I see him bouncing around from team to team until he finally matures into a solid bench piece someplace

And how many times did he take it one on four to try and get “his” only to lose the ball? You ain’t Giannis, Marv. Just hit your threes and pick up the scraps, please. Take a lesson from Hali and Mitchell, who seriously don’t care if they score a single point.

He needs to double up on his training sessions with DC.

I’d still start Holmes rather than Len. His role for this team is perfect coming off from the bench and gives you total effort for 10-12 mins per game.

I noticed this play involving Bagley in the 4th.

The Kings run a double drag involving Mitchell, Bagley, and Jones. They run it with the screeners in the right order this time, assuming Bagley is desired as the popper. I don’t think Jones is, so that’s probably intentional. It seems to go okay as Jones’ defender and Mitchell’s defender switch. When Mitchell starts to go in Bagley gets a little open from his man, so Mitchell passes to him on the wing. I think Bagley could have fired a quick three, but instead he drives to the rim. I don’t know if he was open enough to get a clean shot, but he probably shouldn’t run at three defenders creating a triple team by choice. He does get the foul so it worked out okay. I would have preferred Mitchell to make a small move and pull up on the mismatch as I guess that’s better for him than catch and shoots so far, but that’s up for debate.

I look forward to a time where technology exists so that we can see sporting events in the comfort of our own homes.

This got a legit LOL from me

You’ll sooner see a man step foot on the moon than the sort of wizardry you’re suggesting.

And Daryl morey doesn’t like what he sees from Bagley and buddy.

I loved that series at the end of the third quarter that went Tyrese steal, Tyrese block, Tyrese steal with him just snatching passes right out of the air. I actually thought my video had skipped because they looked identical.

and Tryese passed the ball to Hield for twice, If Hield can also made that 3, that would be totally identical…….

Fox looked like a grown ass man out there. Very excited to see what he puts together this season. The three point stroke looks silky and he just looks too big, too fast, too strong for anybody standing in front of him. Davion flummoxing a 6’8″ All-Star makes you think the three guard lineup can work, and also that there may only be few people in the entire league that can get past him. Hali looking like the glue, too. This is a nice trio of guards to build around.

Terrence Davis got 15 points in 14 minutes, too.

TD has looked good at both ends, and he’ll make a case to get some of those scarce minutes at guard. An embarrassment of riches at that position.

This is their year this year! /s If Buddy and Bagley come out hot at the first half of the season maybe we can trade them for a pick and a bag of chips.

Stat of the night was Fox going 6/6 from the stripe. Hopefully the added muscle he put on helps get a lot more of those free throws all the way to the basket! It would create a huge problem for opponents if they know they can no longer just foul him to save points when he quick cuts to the basket.

Completely. Half the time I was watching the game I was like, “Who’s that henchman out on the floor?’ And it was Fox. Dude is so huge now, it’s nuts!

I only saw his highlight reel, but it looks like Simmons and three first round picks for Fox is not enough. Morey needs to throw in some pick swaps and strike before Fat Fox starts his MVP season.