According to Adrian Wojnarowski of ESPN, the Sacramento Kings are signing G League wing Louis King to a two-way contract. The newest member of the Kings will fill Sacramento's second two-way contract next to guard Kyle Guy.

King is an undrafted forward out of Oregon who played on a two-way deal with the Detroit Pistons in 2019. He appeared in 10 games for Detroit, averaging 2 points, 1 rebound, and 0.5 assists, while also putting up 15 points and 5 boards in the G League. With the Westchester Knicks in the bubble this year, King neared his previous season averages, but his shooting made him a standout among his counterparts, as he knocked down 45.6% of his 3.3 three-point attempts over 15 appearances.

Taking a flier on a player like King is a savvy move by Monte McNair, as the 22-year old wing was ranked 40th overall by The Athletic's Sam Vecenie heading into the 2019 NBA Draft, and he was projected to go 38th overall by the same publication. Snagging his G League rights heading into next season, as well as his restricted free agent rights, will give Sacramento a free look at a potential NBA rotational wing who just needs some development time and attention.

I have cleared my entire weekend in anticipation of reading how this move simultaneously proves that McNair is independently stupid and also has Vivek written all over it.

This move simultaneously proves that McNair is independently stupid and also has Vivek written all over it.

I think that if this proves anything it’s that Monte is independently smart and has no other persons name on it.

this coming from the guy (me) who has ZERO faith in Monte McNair.

Does he know how to win?

He did. His memory was wiped as soon as the plane touched down at SMF.

He may know how to wing though.

Getting lots of players coming over from Detroit lately. 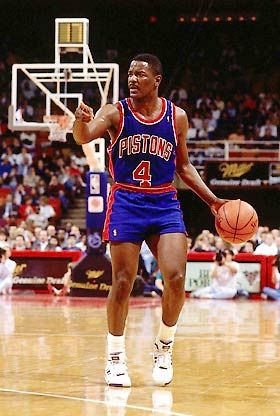 Welcome aboard the tank Mr. King!

Setting himself up for obvious name calling

If this true. it is very troubling…

The Kings reportedly turned down a Bogdan Bogdanovic sign-and-trade with Atlanta (msn.com)

Ask me when he hires a completely unqualified head coach.

Seems rather suspect that the team would turn down a player and a 1st rounder in favor of receiving nothing.

I mean, it’s the Kings so anything is possible, and we’ve seen some brain dead bullshit happen with this organization on numerous occasions, but I’m incredibly hesitant to believe this one.

F or christ’s sake this is pathetic.

U pon learning this I am even more down on Monte than I already was.

C ould there ever be any good news about this front office? I’m waiting.

K ick in the nuts.

Help me out here.