The Sacramento Kings are now four whole games out of the 10th seed with just 18 games left to play and are only 2 games back of the 5th best spot in the lotto. If you're keeping track at home, they're approaching the point where they're too far away to catch post-season basketball (so the "Go-for-It" fans aren't pleased) and too far away for a Top 5 pick (so the Tankies aren't pleased). So when it comes to what the fans hoped for coming into this season, much like looking at the last fourteen years of Kings rosters, nobody wins. Speaking of not winning, the Washington Wizards are in town tonight, tied for the 11th seed and 2 games back of the 10th spot in the Eastern Conference. Bradley Beal and Russell Westbrook are playing for pride, Scott Brooks might be coaching for his job - if you were hoping for an easy one against the Wiz, this probably isn't the game you want to watch tonight! Let's talk Kings basketball!

Not Hard to Beal-eave It: Depending on which lens you view this season, the Kings seem to be catching everyone at just the wrong the moment. What was once promised to be an easier second half schedule has turned into a meat grinder for a Kings squad that can't find the energy or will to muster up 48 minutes of good basketball. Yeah, sure, they came out well against the Jazz in the first half and the came out well against the Pelicans in the second half but this team has neither the firepower nor star power to take whole halves off and expect there to be room to make it up. The Wizards tonight, probably do have that star power and they'll intend to bury these Kings from the word "Go". Bradley Beal and Russell Westbrook have both gotten their fair share of criticism and drama this season - Beal more having the pressure to move on from the team by fans and media while Westbrook caught strays about how effective a player he can still be in the league. Yet, even with an up-and-down-season and a record that's 6.5 games below the break-even mark, the Wizards have something to play for.

Winners in three of their last four, including a four point victory over the Jazz on Monday night, the Wizards come into Wednesday with a chance to make up some ground on the Raptors and the Bulls for that last seed into the Eastern Conference play-in game. Richaun Holmes, starting center and second best player on the Kings this season, is unlikely to play due to hamstring tightness and boy, wouldn't you know it but the Wizards are the third best team in the league in terms of getting to the free throw line as well as team that relies heavily on scoring from inside the arc, shooting the third least amount of threes and the third most amount of two-point shots. With Chimezie Metu and 10-Day contract pick-up Damian Jones, the Kings are going to be thin as hell in the front court. Don't be surprised if this game is played at the free throw line, or if you see guys like Chris Silva or Robert Woodard get some spot minutes at the center spot. On the other side of the court, the Wizards are going to give the Kings opportunities of their own at the line - they're the second most foul happy team in the league. Watch for Fox to spend some time there, if he can get around the Mack truck that is Russ Westbrook.

Overall, this game is going to try to break out and be a scoring bonanza. It features the two worst defenses in the league - only the Wizards allow more points per game than the the Kings. While some of that can be put on the Wizards running at the fastest pace in the league and yeah, their defensive rating is still four spots higher than Sacramento, both sides want this to break out into a shooting contest, and they're apt to get it. If Buddy and Haliburton can find a way to outpace Westbrook while Fox keeps up with Beal: the Kings have a shot, even without Holmes. If not, well, there's always tomorrow against the Suns............

Tyrese Haliburton explodes for 30. Buddy Hield drops 27, all from deep. Fox wiggles and ducks his way into another 40+ scoring night. Bradley Beal still has no interest in joining the Kings long term. 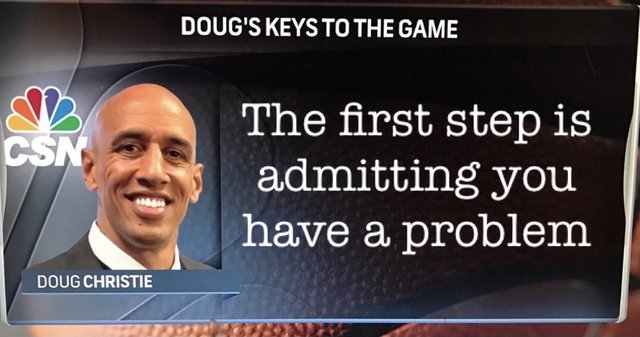 And I may be misunderstanding, but if by “break-even mark,” you mean a .500 record, I don’t think it’s mathematically possible to be half-games above or below it.

I’m going to watch the game, but only because I’m too lazy to do anything useful with the time.

You’re probably right about the break-even mark… The Will that wrote this before morning food and coffee is an idiot. Hate that guy.

Pre-food-and -coffee sims isn’t exactly worrying about the tax implications of winning the Nobel Prize in Physics, either.

Post-food-and-coffee sims is also free of worry in that regard.

If the Kings players still have one run left in them, then this feels like the night in which they would start to turn things around.

The Kings may have another run in them, but whether that’s good or bad is up for debate.

It definitely feels like they’ll either turn it around, or Luke may get to plan his post season vacation plans a little early this year.

Can’t wait to see the footage of Walton being escorted off the plane to Cancun for refusing to wear a mask.

Off Topic: https://www.theringer.com/nba/2021/4/14/22380676/nba-general-manager-mike-forde. Interesting read and gives some insight on how this Mike Forde fellow helped find McNair for Vivek.

From the end of the article:

It’s normal for issues to arise around six months in, Forde said. When I work with owners I always tell them that it will take two to three years to know if they made the right decision.

The Wiz will be on the attack;
Gainst the defensive sieve here in Sac.
No resistance at all
That’s the way we’ve played ball,
As the losses continue to stack!

Holmes will be out for at least a few games!

Richaun Holmes underwent an MRI. Right hamstring strain. He is out tonight and won’t travel with team on upcoming road trip. pic.twitter.com/j2sBY2wVJw