If ever there was a time this season for the Sacramento Kings to catch a break, it would be right about now. After hitting on their second seven-wins-in-eight-attempts streak of the season, the Kings are now trying to prove lightning doesn't strike twice. While their first win streak ended up with a subsequent nine game tumble down the conference standings, Sacramento has a golden opportunity Monday night to stop this slide at just three. Their opponent: the worst team in the Western Conference, with injuries to key contributors and in the midst of losing four out of their last five.

Going to speak it plain and clear: this right here is a goddamn trap game.

Today we're going to do something different because, well, I say so and none of you all can stop me. Helping me with today's preview is the Swiss Army knife of our former sister site, Canis Hoopus: Leo Sun. Leo does previews, recaps, special pieces for both the NBA and WNBA over there and just so happens to be a long-time personal friend who has suffered along with me as we attended Here We Stay games, rallies and just about every other attempt to give the Maloofs a middle finger or two. Leo's going to give you a taste of the other side of this game and I'm going to head over to Canis Hoopus tonight and help him recap the game tonight as well as the other two games we face off in later this season. Today we're getting pessimistic, the second game will be our most optimistic takes and to wrap up the season, we'll attempt to be completely realistic in what is to come in both the game and the outlook for our two franchises. So, without further ado...

The buzz phrase for the ’20-’21 Minnesota Timberwolves is “Weirdest team, ever.” From the tragedies that our franchise cornerstone has endured in the offseason, to 289 days of having not played a regular season NBA game, the tone of the season was already in jeopardy before the first tip. Not enough to convince you? In the second game of the season, Karl-Anthony Towns goes down with a preexisting wrist injury that costs him 7 of his next 8 games, before contracting COVID-19 which would knock him out 13 more games. Want more? Literally just before the game KAT returned from his bout with COVID, D’Angelo Russell is ruled out due to knee surgery for (going on) 27 games, resulting in the insane fact that KAT and D’Lo have been on the same roster for 425 calendar days, yet have only played 5 games together. 5. FIVE. Throw in a bizarre mid-season coaching change, an ugly off-the-court issue for our iteration of Buddy Hield (albeit much less expensive), acquiring my favorite player ever just to destroy him, and you get a Wolves team that’s a league-worst 12-38.

Ricky Rubio really defeated on Zoom. Talked about how winning culture isn't being built here and even named Trust The Process in Philly as something he doesn't believe in.

Sounds like Minnesota had survived the worst of it though, no? Narrator voice: They had not. Usually in a lost season like this, you have the NBA lottery to look forward to. With Anthony Edwards showing legitimate promise as a potential superstar (505th out of 509 players in VORP and 508th in Win Shares, ahead of Poku!), pairing him with any one of the tantalizing incoming NBA prospects doesn’t sound too bad! Well, friends, even if the Wolves are able to maintain a bottom-3 record (That’s the easy part), they only have a 40.1% chance of retaining their pick by having it land in the top 3. That means there’s a 59.9% likelihood that the damn Golden State Warriors are gifted our 1st round pick as they continue to also snicker at the fact that we will still have to pay D’Angelo Russell $30+ million for each of the next 2 seasons.

If the outlook of the Minnesota Timberwolves hasn’t been comical enough for you yet, there’s still the product on the court. Look no further than some of the most recent battles between the two runaway favorites for most pathetic NBA professional basketball franchise of all time! Of course, there was the epic performance by the Timberwolves to break the 8,377-0 NBA record of winning a game when up 17+ in the final 3 minutes of the 4th quarter or overtime. We also had these two team’s most recent game on February 3, 2020, where I got to see the Kings send the Timberwolves to their 12th straight loss at Golden 1 Center live. At one point, I believe I saw Dewayne Dedmon do the Damian Lillard wave goodbye at the Wolves bench after he logged his season-high 5th block, prompting the Wolves to completely blow up their team the next day.

Ugh, sorry, I keep focusing on the past and future. Let’s talk about tonight. Hm… let’s see, the Wolves have listed all of D’Angelo Russell, Ricky Rubio, Malik Beasley, and Jaylen Nowell as doubtful for tonight. That’s $58 million of salary that Minnesota will have stylin’ on the bench. That means one thing! KAT will watch as Ant inefficiently jacks up 10 three pointers tonight. In the off chance that the Kings decide to throw perimeter bodies at Ant, then it will truly unlock the key to the Wolves tank: Josh Okogie, Jarrett Culver, and Juancho Hernangomez wide open bricks. I have faith that any 5 folding chairs used in Yi Jianlian and Darko Milicic workouts could guard any lineup that the Wolves decide to roll out tonight.

Will: Anthony Edwards is going to roll through 30 points and Karl Anthony-Towns is going for 50, bullying Richaun Holmes every chance he gets. That will literally be the only points the Timberwolves are able to muster because, woof and the Kings go on to rout the Wolves and cause the third or fourth civil war in Kingsland this year over where the Kings are going. Bryant, who claims to be zen about this season, will be discovered secretly giving weaponized tweets to pro-tank members. He will be removed from Twitter with the greatest of haste. 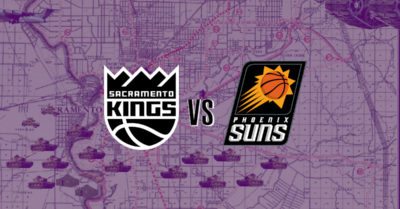 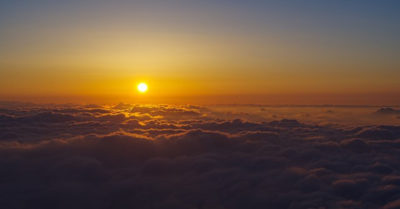 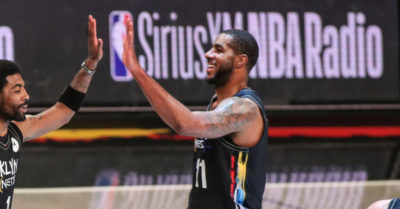 Around the Realm: LaMarcus Aldridge is retiring due to health concerns

We’ll see Edwards against our Tyrese—
Show the world we got the best piece.
Against Minny, don’t dare
To relax and not care.
Or all talk of the play-in should cease!

You might have to eat those words…this Edwards kid is the real deal…don’t get me wrong…Tyrese can play a lot and is key to Kings future success and Tyrese has high IQ, works hard, very good all around skill sets, great team player…but Edwards will be a true Superstar.

It’s refreshing to see a knowledgeable Wolves fan acknowledge that Edwards burns through a whole lot of possessions to get his hyper-inefficient 20+ points. He’s being talked about elsewhere as the front-runner for ROY (with Ball out), and I’d be interested to know Leo’s thoughts as to how realistic or justified that is.

If you look at any non-KAT options for Minnesota on offense, it’s uh… something. Ant’s being asked/forced to be the 2nd option on offense against teams who have him thoroughly scouted now. He’s slowly cutting out the fat of his game (long 2s and dribble pull-up 3s) and his early season passing chops is starting to come back thus we’re not disappointed with his development by any means.

With all that said, I think this award will go to whoever finishes with the better 1/4 of the season; Tyrese or Ant. As a Haliburton fan boy prior to the draft, I’m betting on the former.

I've long been on the @TyHaliburton22 hype train. Loved his combine interview answers and the amount of detail he went into. Great self-awareness and very personable. https://t.co/GejCMqLJX8 pic.twitter.com/2fIxY728P2

I agree, and think Edwards is going to have a pretty quick learning curve. He’s got all of the raw materials to be great, but your point about him being kicked up to being the #2 option on offense is a good one. It looks like DLo is back, which gives him another facilitator, and takes some of the scoring load off of him. Ant could finish the season very strong.

I mean, not Tyrese Haliburton strong, but, you know, pretty good. And thanks for the clip!

I’m not sure if all of the teams in the Kings range break down in a similar manner, and I don’t have the foggiest idea what (if anything) it means.

Dlo is ready to go. I believe the first time all 3 will be playing together since the second game of the season.

Going to be tough.

Fox on Russell, Hali/Wright/Davis on Edwards. And make sure that they go under on screens, the more Edwards shoots, the more empty possessions Minnesota has.

Sounds simple. Until you realize they got beat down by the Lakers

The T-Wolves won both games when all three were available to play. Does that mean we should extra credit if we manage to come away with a win, in similar fashion to how we have to discount many of our wins because our opponents were missing key players?

Only if you discount the numerous losses while the opponent was missing key players.

I propose we also discount or give credit for wins based on the opposing team’s actual versus expected FG% differential. We must also consider the travel schedule for each team. Is it really a win if it was a schedule loss for the opposing team? I propose playoff/lottery seeding be based on a complex algorithm to determine quality wins in which partial wins are earned based on the infinite variables that can impact a team’s per game expected win probability.

Basketball-ref has our expected win total at this point at 19, so we’re a +3 versus their formula. If you discount our many”non-quality” wins, we’re probably right about on track.

I propose that you need a hobby.

It’s pretty wild to think that the T-Wolves have had three #1 picks play for them over that past 6 season (Wiggins, KAT, Ant) and are currently statistically favored to land their fourth #1 pick in less than a decade, yet still can’t put together a winning team/culture.

If there was ever an argument and example for not tanking, it’s the T-Wolves.

That’s rather light on our end.

Why is this game so early? Do the T-Wolves often play 6pm weeknight games?

The sun sets at 2pm there this time of the year.

Maybe they want to get out of the way of the NCAA championship.

That is also true.

I am going to be watching a lot of basketball today. Life is grand.

Well, 22 games left and it still remains to be seen if the Kings made the right decision on keeping a losing core and adding some pieces around it.

I still think the Kings made a big mistake, thinking they’re competitive enough to make the play-in, and will regret not unloading Barnes/Buddy for whatever they can get, at least some picks to start a rebuild.

God dammit! I missed my second out of the last three predictions because I was preoccupied with moving and work! 🙁

I’ve dropped the ball too much lately.