The Boogeyman comes to visit Sacramento today. Not the Boogieman, as he's busy having fun with Mike Malone in Denver - the Boogeyman of the Sacramento Kings front office and many Kings fans alike, the Oklahoma City Thunder. The Tankers.

The Thunder are latest team that dares to Tank, capital-T tank, and accept a long launchpad for their rebuild. The squad that somehow got a player as great as Shai Gilgeous-Alexander (who arguably should have been an All-Star, but is also out with an ankle injury until the All Star Break) to be alright with multiple years of suckage. Who knows why a star like him would be ok with a losing plan? (Hint: it may have to do with his $173 million, 5-year extension, or it may be that a smart player can be convinced of a direction for eventual success...)

Sam Presti is leading an organization that has decided that this is the best way for a small-market team to snag big-time players and build a good NBA squad. They're in year two of this dark experiment, likely won't see success for another year or two, and have a treasure trove of draft picks to play with as they move along.

You know what would really be scary, Sacramento? When the Thunder's rebuild ends before the Kings' does.

Losing the Games vs. Losing the Effort. The Thunder have won three in a row! Sure, two of those were against the Portland Trail Blazers, who waved their own white flag yesterday... but three in a row is a big winning streak for the Thunder, especially with SGA out. Lu Dort has been sensational since returning from his own injury, and has averaged 24.5 points, 6.5 rebounds, 3 assists, 50% from the field, and 43% from 3 - but there's a chance he may be out today, after suffering a hard fall in last night's win over Portland. Josh Giddey is averaging 11.8 points, 7.6 rebounds, 6.1 assists, and at least one insane pass per game, none better than this OT-forcing bullet against the Mavericks. The rest of the Thunder roster might be tough for even the most diehard NBA fans to name, but they've played well enough to make their cover from The Athletic say this.

If they want to tank they need more Poku, Theo and younger players. Giddey and Dort are too solid.

The Kings should win this game, regardless if De'Aaron Fox plays or not. The team that beat the Nets in this building four days ago should not lose to the Thunder. But apparently, effort and energy aren't always tied to how a squad chooses to rebuild. Keep that in mind if the young Thunder dudes blast past or outwork the Kings veterans this evening.

Oh, and just so everyone is aware:

A loss tonight will push the Kings into sole possession of 4th place in the NBA Lottery.

Our resident preview wordsmith and tank-fan extraordinaire Will Griffith is busy this morning building an altar to the basketball gods in his bedroom closet. He's desperately trying, a year and a half in advance of the 2023 NBA Draft, to will Victor Wembanyama into a Thunder jersey so he can see his dream of a Aleksej Pokusevski/Wemby slenderman dynasty. Anyone remember the classic Nickelodeon show Hey Arnold, when Helga made her closet into an altar to Arnold? Picture that, but replace the football with a whole bunch of tentpoles and broomsticks, and swap Helga's twintails for Will's mohawk. Mr. Griffith will give an Operation M.C.N.A.I.R update next time.

Davion Mitchell's hot streak continues, and there isn't a more fun match-up to watch than Mitchell on Josh Giddey. Tyrese Haliburton and Giddey end up with the same exact statlines. Will finishes his Poku/Wemby alter, then weeps quietly as he remembers that Poku is so bad that even THIS Thunder squad sent him to their GLeague team. Monte McNair again crumples his tank pros and cons list as the Kings beat a team whose starting 5 have an average age of 21.6 years old.

Kingdom Hearts is a top 10 all time game series and you can’t convince me otherwise.

First ones a masterpiece, second one is too long-winded, scatter brained and a little repetitive recycling planets and worlds from the first one and then it just gets so unnecessarily complicated with the story and nobodies and all the prequels and confusing shit. The first one was so great and they just overcpmplicate the shit out of the story from there on

First one is by far the best. I’d go:

I really enjoyed the third one, if only because of how visually stunning it was thanks to Unreal Engine.

Yeah, they definitely threw in more gameplay mechanics to keep things engaging versus just constantly attacking/using magic. One thing I really liked in 3 was how they streamlined the story that each world had one narrative, versus 2 where you had to go back through all the worlds again for a second plot.

3 did feel overstuffed with mini-games and side quests, though, like the cooking challenges. Never did any of those.

I’m actually in the middle of playing the Kingdom Hearts games for the first time currently on my PS4. Only in the middle of the first one right now, but enjoying it thus far. I had always wanted to play the trilogy but didn’t get a PlayStation until my brother’s GF lent me hers after she got a PS5 about a year ago. They had the “All-In-One Package” at GameStop for only $20, so of course I had to snag it.

On the remake if the first one, do they let you skip the cutscenes? They wouldn’t let you in the og ps2 version and it got to where 10 year old me could recite all of Jafar’s lines cause I kept getting my butt handed to me

With the Thunder there is still a chance
For our lottery spot to advance.
The big question is when
Monte’s moment of Zen
Brings us news of a trade, and we dance!

Even for you, this is great.

Thanks, but with such inspiring subject matter, I should be coming up with a decent one more than once every five years or so!

This I will heartily disagree with. Your limericks are generally on point. For whatever reason, today’s just seemed a cut higher than your normal very, very good limericks.

Agree with Kingsguru21. I meant give you props for another a week or two ago but I forgot.

Let’s get the ball rolling with a loss tonight so we can really break out the pitchforks.

The fans are finally starting to hit the Sacramento Kings where it hurts, with their pocketbooks and money. pic.twitter.com/qhEgjkk7Pq

Considering the team is worth like a billion dollars more than when Vivek bought it, I don’t want to hear anymore BS about not being able to afford a rebuild or a coach. Liquidate something or sell, miser.

Zero sympathy for anyone who makes as much off stock dividends in a day as working people make in their lifetimes.

While having those very people pay for his arena, and then giving them a hopeless dogshit product in return.

Glad to hear the stands are empty. I don’t know why anyone would watch this team on TV for free, let alone pay to watch them in person.

“This is rock bottom”- yes but the bottom is not the hopeful bottom but stuck in purgatory. the not so good bottom.

It is not questionable – He is not and never has been !

Let’s Tank it to the max!

I’ll drink to that.

This year’s draft is really odd. There are three elite guys…then it gets dicey.

I think the top three are can’t miss, including Holmgren. The guy just has too many tools (some elite) to fail. Bradley was mostly… Tall.

Who the hell is paying that much?

Hell, the Pacers were trending recently for selling tickets at $1.

Right, why not sell all the seats for a dollar or nothing. You would still make a lot of money just off the food and drinks.

Last edited 7 months ago by ArcoThunder
1

No, they stopped that awhile ago.

Probably you. As part of Vivek’s ticket donation/tax write off strategy.

I have lower bowl tickets and they are less than half that price. 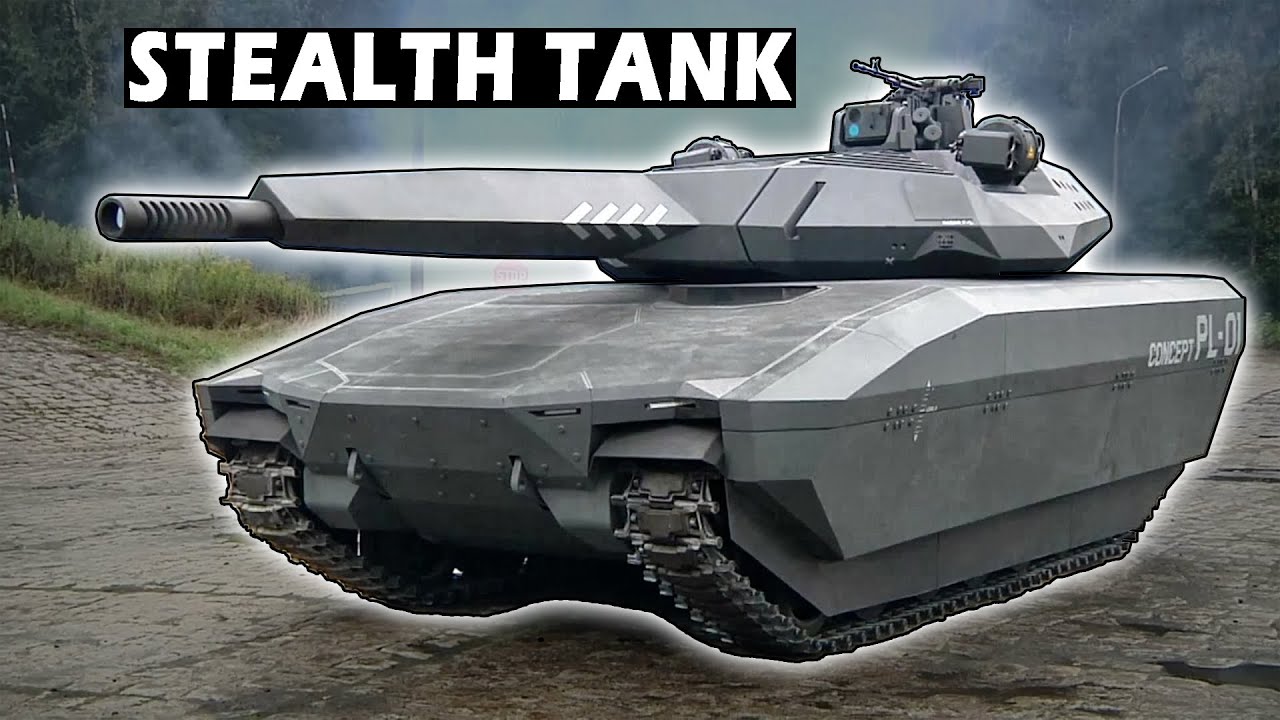 That’s not very stealthy, you know. I can see the tank rather easily.

The OKC planned TANK is more sophisticated than the Philly process which did not turn out well. It turned out pretty good but there were far more misses than hits. Suns did not take such a formal approach but got Ayton + Bridges for their non effort.
Presti’s tank is far more intricate- they hold something like 17 first round picks. They are under the cap, take on salaries for picks, trade players for picks. Let’s see what they get. So far, no home runs- no top overall.

They have convinced SGA to sit for large parts of two seasons- that helps, and they sat Dort + SGA in the pivotal Kings game. They knew what was what.
The Orlando and Detroit and Houston tanks are well crafted as well. Not in same league but it is how the ping pong balls fall that makes the ultimate difference.
The 1, 2 or 3 who are difference makers or the mid lottery lucky steals.
OKC – with all their moves should be at the very bottom but Detroit, Orlando and Houston with better young talent are “ahead ” of them.
These 4 teams have such a head start on tanking that they Kings can never catch them; just hope they get good fast. But most of them still hold multiple first round picks. They picked up almost all of the loose picks, leveraging sort of top teams’ greed to win. The OKC strategy of absorbing big contracts is very effective- trade for the overpriced guy and then dump him.
While the Big Bottom Four rely on years long, long game strategy, the Kings will try to rely on luck, (Zion, Anthony Davis, Luka etc. Come out of nowhere and get lucky. Luck, however, is not a plan.
and this draft may not be great.
I would not want to be McNair since anything he does will be wrong.